Although the delay in announcing the official winner of the U.S. presidential race is annoying (to say the least), what is truly baffling is the behavior of the stock market, which has been soaring to new heights despite the bizarre economic and political situation.  In any event, most things seem on hold until the winner is settled and a vaccine released, but here goes: 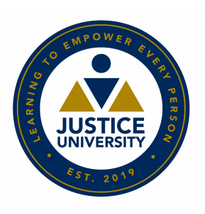 • Justice University.  A template for “Justice University Partnerships” is being developed to try and help fill the need in Academia and elsewhere for a sound, principled, Aristotelian-Thomist approach to what is somewhat misleadingly called a “liberal arts education.”  It should probably be called a “basic education,” as the principles of justice and the other virtues are universally applicable, even in the hard sciences, especially when the hard sciences are put to practical use.  After all, “two plus two equals four” may be “pure math,” but “two slaves plus two slaves” equals four times the injustice.  Nor should “Justice University” be construed as limited to higher education or even to Academia for “JU Partnerships.”  Its programs will be useful at any level of education and for virtually all types of organizations and institutions, such as civic organizations, churches, businesses, and even families.  Every individual and institution benefits when people learn how to become more fully human, which is the goal of Justice University. 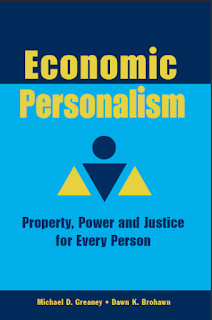 • Economic Personalism.  The files were submitted to the printer and have been accepted.  It’s possible copies will be available in one or two weeks, but that depends on the printer’s schedule.

• Another Non-Just Third Way Book. . . but one that has a Just Third Way foreword!  Recently, CESJ’s Director of Research was asked to contribute a foreword to “Catholic Classic,” They Lived the Faith, by Thomas P. Neill, originally published in 1951.  The book gives thirteen biographical sketches about nineteenth century Catholic lay men and women who carried on the struggle against socialism and modernism.  Interestingly, much of what they did was in conformity with the act of social justice as analyzed by CESJ co-founder Father William Ferree.  Of course, writing in 1951 the author was not aware of Louis Kelso’s work that wouldn’t be published until 1958 in The Capitalist Manifesto with Mortimer Adler, so details that an economic personalist would find most interesting might have been omitted.  A woman named Pauline Jaricot, for example, might have included worker ownership in her failed industrial experiment (the failure was due to her trusting two swindlers, not to any flaw in the plan), while comte Albert de Mun seems to have proposed something approximating what we would call “Ownership Unions” although calling them guilds.

• Blog Readership.  We have had visitors from 40 different countries and 43 states and provinces in the United States and Canada to this blog over the past week. Most visitors are from the United States, the United Kingdom, Canada, the Philippines, and Brazil.  The most popular postings this past week in descending order were “JTW Podcast, Socialism, Part 14, What Happened to Vatican II?” “A Framework for a Solution,” “A (Very) Short Treatise on Money and Banking,” “‘A Small Error in the Beginning’,” and “The Purpose of Production.”