What with the stock market bouncing up and down and interest rates sometimes at negative levels, people considering taking early retirement due to the pandemic are in a serious bind.  They may not have work (or it has become too much work to work), but their retirement provisions are far from adequate, especially when they are all based on past savings, and the global economy is based by and large on Keynesian economics that actively seeks to destroy the value of past savings and erode or eliminate the value of investments held by small investors.  This makes the Just Third Way of Economic Personalism all the more essential, especially considering this week’s news items:

• The November Happening.  We decided (at least for today) that “November Happening” is a good neutral way to describe the upcoming, er, election in the United States.  In our opinion, none of the candidates, major or minor, has the right vision to lead the U.S. and the world out of the current “situation” (another somewhat weak way of describing what is going on now).  Interestingly, the three blog postings we’ve had on the subject over this past week have proven rather popular.  In the first one, we showed how Biden could win.  In the second, we showed how Trump could win (notice we’re saying could, not would).  In the third, we showed how all of us could end up winners, regardless who ends up being president.  The postings have proven to be rather popular.

• Surge of Imported Goods.  The basis of “Say’s Law of Markets” is Adam Smith’s first principle of economics as stated in The Wealth of Nations (1776), “Consumption is the sole end and purpose of all production.”  This is the basis of binary economics, the economic theory of the Just Third Way of Economic Personalism.  In contrast, Keynesian economics disregards production as almost unimportant.  The key thing in Keynesian economics is demand, not supply, both of which must be integrated for a rational system.  As far as Keynes was concerned, the only way for most people to generate effective demand is by means of a wage system job.  What people produce is irrelevant as long as they get paid for it.  In fact, under certain circumstances, it is better to produce something of no utility at all in order to provide a job to keep up demand for other goods!  (Yes, Keynes actually said that.)  Obviously, the Keynesian assumption and focus on jobs even for worthless goods and services creates waste, encourages consumerism, assumes that life is only for material things, and is generally bad for everyone.  That is why a short article in today’s Wall Street Journal should worry more people than it does, “Freight Networks Overwhelmed By a Surge of Imported Goods” (WSJ, 09/11/20, B-5).  Both Adam Smith assumed that in a rational economy everyone produces what he or she consumes, either directly, or to trade to someone else for what others produce.  Creating unproductive demand is a recipe for disaster, as should be obvious from the amount of debt that now burdens the world.

• Rethinking Saving.  It is becoming more evident every day that the whole Keynesian system needs a complete overhaul.  At the heart of it — made evident by the economic slowdown caused by the pandemic — is what Dr. Harold G. Moulton called “the economic dilemma.”  That is, if you save to invest in new capital, demand falls to the point where the new capital isn’t needed because there’s not enough demand.  If, however, you spend instead of savings, there is enough demand to justify financing new capital . . . but not enough savings to finance it!  That is, if you assume that all savings must come from restricting consumption in the past.  If you rethink saving and realize that savings can also come from increasing production in the future, the so-called economic dilemma solves itself.  Instead of turning unconsumed production from the past into money to finance new capital, you turn unproduced consumption in the future into money.  This is, in fact, what commercial and central banks were invented to do: create money backed by future production, and cancel the money once the new capital becomes productive and the goods and services produced are sold and consumed.

• Rethinking Retirement.  Consistent with the way to resolve the “economic dilemma” described above, we need to rethink saving for retirement.  Instead of foregoing consumption today, we should make it possible for everyone to purchase new capital that pays for itself out of its own earnings.  That way, virtually everyone could have adequate income not only for retirement, but for his or her entire life.  We need to shift from “retirement” income to “entirement” income (sorry). 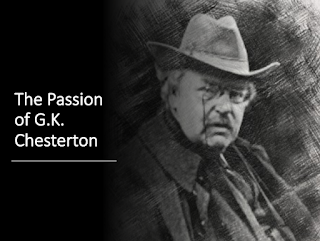 • Sensus Fidelium Videos, Update.  We now have a total of ten of a projected sixteen — the latest being “The Passion of G.K. Chesterton” — of the videos we’ve been doing with the “Sensus Fidelium” YouTube channel.  They seem to be proving popular, with more than 20,000 views to date.  They aren’t really “Just Third Way videos,” but they do incorporate a Just Third Way perspective.  You can access the playlist for the entire series by clicking on the link: “Socialism, Modernism, and the New Age.”  The point of the videos is to explain how socialism and socialist assumptions got such a stranglehold on the understanding of the role of the State and thus the interpretation of Catholic social teaching, and even the way non-Catholics and even non-Christians understand the roles of Church, State, and Family, and the human person’s place in society.

• Blog Readership.  We have had visitors from 31 different countries and 44 states and provinces in the United States and Canada to this blog over the past week. Most visitors are from the United States, India, Canada, Australia, and the Netherlands.  The most popular postings this past week in descending order were “News from the Network, Vol. 13, No. 36,” “How Everyone Can Win In November, Part I,” “JTW Podcast: Norman Kurland Exclusive Interview,” “G.K. Chesterton v. Modernism and Socialism,” and “Did C.S. Lewis Approve of Socialism?”