As has become usual, the economic situation gravitates between surreal and fantasy, with numerous side excursions into the ridiculous.  Nowhere is this more evident (or at least more obvious) than in the stock market, which continues to rise and fall in response to . . . whatever it is that it responds to, it certainly isn’t the economy.  Take, for instance, this week’s news items: 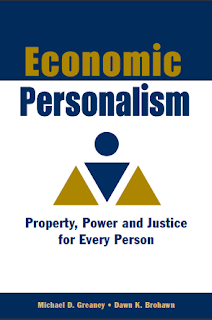 • Paying Not to Work.  It’s obviously a difficult call to make: do you pay people who have lost their jobs more than they earned for working — thereby giving them an incentive not to return to work — or do you cut people off from the “enhanced” unemployment benefits, thereby forcing them to live on insufficient income or take a job that pays much less . . . if they can find jobs in the first place?  From the perspective of the Just Third Way of Economic Personalism, of course, the answer is to rethink the whole concept of income completely.  It is becoming glaringly obvious that the whole idea that you must have a wage system job in order to be productive (when the only thing many jobs produce is insufficient income) is inadequate for a modern developed economy, or any other, for that matter.  It is evident that it is essential that people have the opportunity and means to produce with either capital ownership or labor.  The “Economic Democracy Act” is becoming the only option.

• U.S. National Deficit Breaks Record.  According to the Congressional Budge Office, the budget deficit for this year is expected to hit $3.3 trillion (yes, trillion), which is almost as much as the projected GDP.  This is the first time this has happened since the Second World War, when the government was spending money on the war effort, and virtually all non-essential production ceased for the war effort.  The rationale for the deficit in war time is to pay for goods (war material) and services (military personnel) that do not result in marketable goods and services (unless you view war as a business).  Say’s Law of Markets takes a back seat to survival in wartime.  That is not the case today, when it is the deficit spending itself that is the problem, not financing a war effort.  Of course, the answer to both is once the war is over or the spending spree is brought to a halt, make everyone productive with both capital and labor to be able to retire the debt that was run up, and that means an Economic Democracy Act. 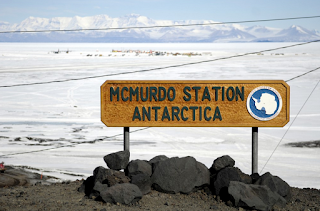 • CESJ Volunteers.  CESJ has a number of new volunteers and a new student intern has just accepted a position.  What is unique about this — at least for CESJ — is that the volunteers, like the seven Hubert Humphrey Fellows and Julia-the-Intern are doing their work completely over the internet.  Assuming that the communications system operates without interruption or glitches, it becomes irrelevant where an intern, volunteer, or Fellow is located!  So, whether you are mediating in a monastery in the Himalayas, hunkering down in a bunker in Colorado, or sunning yourself during the long days at McMurdo Station on Ross Island, consider becoming part of CESJ.

• Stock Market Antics.  It doesn’t have anything to do with the real world in which people produce actual marketable goods and services with their labor and their capital, but many people are still convinced that the stock market is a key element in the economy . . . which it is, in the same sense that a Salvation Army Store or a used car dealer is.  The stock market is, in fact, nothing more than a “used car lot” for already-issued shares and equity.  Regardless how high or low share values go on the secondary (“used”) market, the companies that issued the shares don’t see any more money, and they don’t lose any.  It’s the gamblers who make and lose the money, and they can do so whether the market goes up or down.  The mere fact that the market is volatile means that those rich enough to take advantage of it make money either way.  When the market is falling, they make money by selling short, and when the market is rising, they make money by going long.  When the market is simply moving and they don’t know which way the trend is, they make money by hedging.  Meanwhile, the people who make money by producing marketable goods and services go begging. 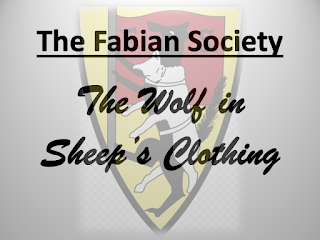 • Sensus Fidelium Videos, Update.  With a total of nine so far of a projected sixteen — the latest being “The Wolf in Sheep’s Clothing” — the videos we’ve been doing with the “Sensus Fidelium” YouTube channel seem to be proving popular, with more than 14,000 views to date.  They aren’t really “Just Third Way videos,” but they do incorporate a Just Third Way perspective.  You can access the playlist for the entire series by clicking on the link: “Socialism, Modernism, and the New Age.”  The point of the videos is to explain how socialism and socialist assumptions got such a stranglehold on the understanding of the role of the State and thus the interpretation of Catholic social teaching, and even the way non-Catholics and even non-Christians understand the roles of Church, State, and Family, and the human person’s place in society.
• Shop online and support CESJ’s work! Did you know that by making your purchases through the Amazon Smile program, Amazon will make a contribution to CESJ? Here’s how: First, go to https://smile.amazon.com/.  Next, sign in to your Amazon account.  (If you don’t have an account with Amazon, you can create one by clicking on the tiny little link below the “Sign in using our secure server” button.)  Once you have signed into your account, you need to select CESJ as your charity — and you have to be careful to do it exactly this way: in the space provided for “Or select your own charitable organization” type “Center for Economic and Social Justice Arlington.”  If you type anything else, you will either get no results or more than you want to sift through.  Once you’ve typed (or copied and pasted) “Center for Economic and Social Justice Arlington” into the space provided, hit “Select” — and you will be taken to the Amazon shopping site, all ready to go.

• Blog Readership.  We have had visitors from 29 different countries and 42 states and provinces in the United States and Canada to this blog over the past week. Most visitors are from the United States, Australia, India, the United Kingdom, and Indonesia.  The most popular postings this past week in descending order were “News from the Network, Vol. 13, No. 35,” “Building a Strategic Plan, Part I of II,” “JTW Podcast: Communism, Part 6, How to Change Doctrine,” “Need for a Strategic Plan,” and “Did C.S. Lewis Approve of Socialism?”