The Facts of Life

As we’ve noted once or twice on this blog, we like to get questions from our readers.  This makes it easy to write the next blog posting.  The only thing we like better is being able to, er, “borrow” somebody else’s answer to a question on some aspect or point of the Just Third Way. 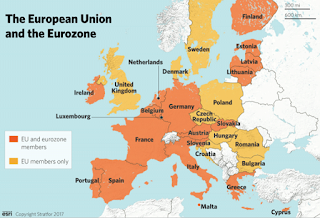 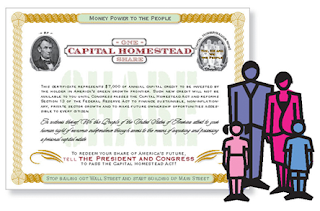 When that happens, social justice demands that people get organized to correct those institutions that prevent people from becoming virtuous.  In modern society, what seems to be the single biggest flaw that prevents people from becoming virtuous is lack of capital ownership.  Capital ownership is so important to being able to participate in society and become virtuous that Aristotle declared (wrongly) that people who own nothing except their labor aren’t even able to become virtuous!
So, ordinarily the first demand of social justice in any society is to make it possible for people to become capital owners by opening up access to the means to become owners.  Usually, that means access to money and credit to be able to purchase capital assets that pay for themselves over time out of their own future profits.  This is not automatic, of course.  People don’t just get handed money.  New money can be created, but ONLY for new capital that will pay for itself and is adequately collateralized either with existing wealth or capital credit insurance.
When people do not qualify to use capital credit to become capital owners, it is essential that whatever is preventing them from becoming capital owners be corrected.  Someone who lacks collateral can use capital credit insurance.  Someone who can’t find good capital to purchase can be helped to locate good investments.  Someone who is a bad manager can hire a professional.  And so on.
And that is the answer to the question that began this discussion.  When there are institutional or other barriers that prevent people from having access to what they need to become virtuous, social justice demands that people get organized to remove those barriers so that people have full access to the means to acquire and develop virtue.
Any (more) questions?
#30#