A Question of Sovereignty

Although it seems to be upsetting to adherents of various new theories (“new” being very relative in this case, referring to non-Aristotelian ways of thinking), our series explaining the Core Values of the interfaith Center for Economic and Social Justice (CESJ) has proved to be rather popular.  Evidently a significant number of people are pleasantly surprised when the realize there is an ethical alternative to both capitalism and socialism that doesn’t require you to check your brains at the door. 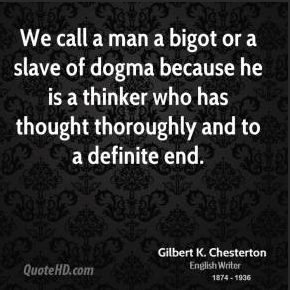 As we saw in the previous posting on this subject, then, we found out — consistent with the massive confusion regarding the meaning of basic terms and concepts we’ve noted more than once so far in this series — that many people confuse having a right, with exercising a right; they are unclear of the distinction between principle and application, or (in religious terms) between doctrine and discipline.
This has devastating consequences.  For example, in the Catholic Church, because “discipline” (i.e., the application of doctrine to particular circumstances) has changed many times, quite a number of people have concluded that the Catholic Church has changed doctrine.  They therefore claim that the Catholic Church — which declares as an article of faith that it has never, and will never change doctrine — has in reality changed it quite frequently.  In other words, the Catholic Church is not infallible . . . except (coincidentally) in those areas in which it agrees with them. . . .
Thus, in reference to the concept of “stewardship” we examined in the previous posting on this subject (and despite the fact that CESJ is interfaith, basing its position on natural law that happens to agree with what the Catholic Church teaches regarding the foundation of its social doctrine on reason instead of faith), one or two faithful readers asserted that because their interpretations of certain faith documents of the Catholic Church appear to be in conflict with our statements concerning natural law, that CESJ is filled with bad Catholics.
Of course, whether CESJ is filled with bad Catholics or good Satanists is irrelevant to the question: is what we said true?  Does our argument and evidence support our position?  If not, what is wrong with it?  And don’t cite “documents of faith,” either, but give us solid reasons and evidence.  As (Saint) Thomas Aquinas said at the end of his little treatise on the unity of the intellect (i.e., on the principle that truth is always true, no exceptions),
Behold our refutation of the error.  It is not based on documents of faith, but on the reasons and statements of the philosophers themselves.  If then anyone there be who, boastfully taking pride in his supposed wisdom, wishes to challenge what we have written, let him not do it in some corner nor before children who are powerless to decide on such difficult matters.  Let him reply openly if he dare.  He shall find me there confronting him, and not only my negligible self, but many another whose study is truth.  We shall do battle with his errors or bring a cure to his ignorance. (De Unitate Intellectus Contra Averroistas, § 124.)
The specific point that the few, the proud, and the faithful protested was our statement that “stewardship” as understood within the context of Catholic social doctrine (and thus natural law) is not the same thing as socialism.  It is, in fact, the exact opposite of socialism, and isn’t very close to capitalism, either.
The crux of the matter (albeit not stated in the complaints) appears to be the issue of power.  Who has it?  According to the protestors, humanity has rights, and thus power, that individuals do not have.  (That’s not what they said, but it’s what they meant when they insisted that the Catholic Church has changed its teachings on private property and no longer condemns socialism . . . or, at least, the “good socialism” they espouse and promote . . . because it cares.)
If the Catholic Church changes its teachings on anything, doctrinal or disciplinary, it is of course no business of CESJ.  Go ahead.  We happen to think personally that people who assert a change in Catholic doctrine on any subject may have a slightly interested motive and in addition may be a trifle full of it (as well as themselves), but that’s a personal opinion.
In any event, CESJ would still stand by its position that private property is essential to the human condition.  Why?  Because (as Daniel Webster said), “Power naturally and necessarily follows property,” and power is necessary if one is to exercise all other rights and become more fully human.
In other words, private property is essential for sovereignty, which brings us to the fifth item on CESJ’s list of Core Values:
Under the ultimate sovereignty of God, all sovereignty in the social order begins with the human person—not institutions including the family, the State, organized religion, the business corporation, the labor union, or academia.
CESJ, in fact, stands by liberal democracy . . . which raises one or two questions, e.g., what do we mean by “liberal” and “democracy”?  This is not something that can be answered quickly, hence this blog posting.
Under the heading of “liberal democracy” are three political philosophies that developed out of and correspond to three views about human beings.  All three are called liberal democracy, meaning government “of the people, by the people, and for the people,” yet what each means by “people” and “person” differs significantly from the other two.  They are,
·      English Liberal Democracy. An élite is sovereign and has power,
·      French or European Liberal Democracy. The abstraction of the collective, not every human person, is sovereign and has power, and
·      American Liberal Democracy. The actual human person is sovereign, and thus those who control the collective have power.
There are three systems of political economy that correspond to these political philosophies:
·      Capitalism.  Allows for concentrated private capital ownership and thus concentrated power; thus, only a private sector élite has access to the opportunity and means to be fully productive,
·      Socialism.  Abolishes private capital ownership and thus personal power; only the collective has access to the opportunity and means to be fully productive.
·      Economic Personalism.  Spreads private capital ownership, and thus power; it holds that every person is entitled to equal opportunity and access to the means to be fully productive and empowered,
As far as CESJ is concerned, then, capitalism and socialism are not the only choices.  There is a just third way, that of economic personalism.
#30#