God and the Human Person

Continuing our discussion from the previous posting on this subject, a while back — quite a long while, actually — we had a conversation at an organizing meeting of a local writers group with a Catholic attorney who wanted to be a writer.  We didn’t know what sort of writing the fellow wanted to do; from the fact that he didn’t mention any publication record but kept asking about this writer’s credentials we strongly suspect that he thought of writing as a “one day” project, as in “One day I’m going to write something.” 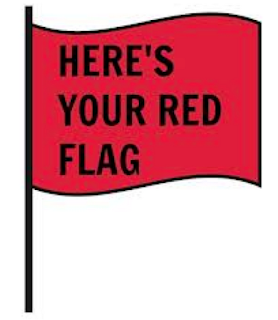 The fact that a number of the participants at the gathering seemed more interested in what to do with all the money they were going to make than in actually organizing the group suggested (to this writer at least) that most — if not all — of them may have had a slightly unrealistic idea of the writing biz.  This raised a pink flag.  It turned red when, in conversation with the aforementioned attorney person, there was a slight disagreement on natural law and the role of organized religion, at least from the orthodox Catholic standpoint.
Specifically, viz., whereas to whit and to wherefore, said attorney person alleged in response to the second item on the heretofore mentioned list of CESJ Core Values, that, “Nothing should stand between God and the human person,” that the Catholic Church stands between God and the human person.
We had two responses to this, neither of which the attorney-type humanoid stayed around to hear.
First, from a legal/semantic standpoint, the attorney was committing the logical error known as “the fallacy of equivocation.”  He assumed that the word “between” that means both “intermediator” and “barrier” meant “barrier” in all circumstances.  To him, the fact that the Catholic Church claims to be an intermediator between God and man was the same thing as saying that the Catholic Church claims to be a barrier between God and man.  (We know this because we used the word “barrier” when explaining to him what we mean by that particular Core Value.) Second (actually a restatement of the first), the role of the Church is clearly that of intermediary, not barrier.  An old Latin word for “priest” is pontifex, which literally means “bridge builder.”  The sense was that the priest “builds a bridge” between (that word again!) man and God, he does not build a wall . . . that would have been murafex, or “wall builder,” erecting a wall between (!) man and God.  That is why the pope is referred to as "Pontifex Maximus," "Chief or Great Bridge Builder." 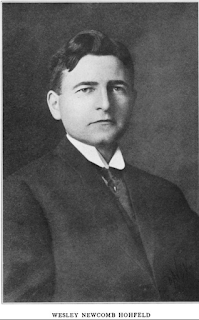 This situation actually brings to the front a common problem in communicating the Just Third Way.  Commonly used terms are often assigned vague or contradictory meanings by a number of people, who then react negatively when we define the terms more precisely.  This is analogous to the problems noted by Wesley Newcomb Hohfeld in Fundamental Legal Conceptions (1919), an analytical approach to jurisprudence that continues to outrage proponents of “the living Constitution” theory as well as moral relativists in almost every field, especially economic and social justice . . . and Catholic social teaching.
Take (as a moderate example) the meaning of social justice itself.
Beginning in or about the 1830s, the term “social justice” came into use.  Used at first to denote a great many different theories and concepts, some of them contradictory, socialists began using it to mean any program of material social betterment, especially redistribution of existing wealth.
Redistribution (often misnamed “social justice”) was divided into voluntary redistribution or philanthropy, and involuntary redistribution (misnamed “distributive justice”).  It is important to note that in the socialist framework, the voluntary good of philanthropy was construed as mandatory.  Nor was distributive justice as understood by the socialists derived from the classical concept of Aristotle and Aquinas.
In changing the meaning of distributive justice, socialists shifted the basis of out-take from proportionality of input on the part of the producer or provider (the justice principle), to need on the part of the recipient (the charity principle) in all cases, not just exceptional ones.  Instead of “from each according to his ability, to each according to his inputs,” the distributive principle became “from each according to his ability, to each according to his needs.”
This confused justice, the premier natural virtue, with charity, the premier supernatural virtue.  True charity cannot be involuntary or coerced, but when relabeled “justice,” redistribution on the basis of need can be coerced.  Uncharitable people became unjust people, even criminals for not redistributing their wealth.
The Catholic response was not long in coming.  Having observed the damage done by mistakes in philosophy, politics, and theology, Monsignor Luigi Aloysius Taparelli d’Azeglio, S.J. (1793-1862) developed a principle of social justice to correct the errors of the socialists.
Socialist “social justice” can be summarized as “the end justifies the means.”  Even the principles of natural law, the capacity for which defines human beings as human beings, can be set aside to achieve the goal of a better society.
In contrast, in Taparelli’s principle of social justice, the end does not justify the means.  Everything, even (or especially) social improvement and the general welfare, must be subordinate to the natural law as understood in Aristotelian-Thomism, i.e., in Catholic belief, to God.
Most (if not all) of the confusion over social justice results from generations of scholars and advocates attempting to resolve the socialist and the Taparelli versions of social justice and synthesize a consistent definition.  Obviously, however, a theory of social justice that says the natural law is subordinate to the will of the people (socialism), and one that says the will of the people is subordinate to the natural law (Taparelli) can never be reconciled.  Any attempt to do so, or even define it in any meaningful way, can only result in contradiction.
Essentially, Taparelli’s work did no more than restate traditional moral philosophy.  As such, it was no more effective at countering socialism and the other new things than papal condemnations had been.  Social justice remained, by and large, a euphemism for socialism, and people continued to be alienated from society at an accelerating rate.
In the thought of Pius XI (Ambrogio Damiano Achille Ratti, 1857-1939; elected 1922), however, traditional individual virtues benefit individuals directly, and society indirectly.  Social virtues, on the other hand, benefit society directly, but individuals indirectly.
Through acts of social virtue, human persons can effect necessary changes directly in the social environment — “the system” — conforming the institutions of the common good more closely to human nature.  This establishes and maintains the proper environment for the acquisition and development of virtue.  People can more easily become more fully human, because the system encourages them to become virtuous.
For many years prior to his election Pius XI had made an in-depth study of Taparelli’s work.  Developing Taparelli’s principle, the pope appears to have realized that it is possible to bring the human person together with others in solidarity.  Significantly, solidarity is not a mere feeling, but acceptance and internalization of the principles that define a group as that specific group.
Through organized action directed at building or perfecting the common good, people can secure their natural rights and restructure institutions to conform to human nature as far as possible.  The work of social justice never ends, because institutions as human creations can never be perfect.
And it all begins with being a little more precise in how we use words . . . as language can either stand between people to create misunderstanding or as a go-between to build understanding.
#30#