As we saw yesterday, there is a virtually unlimited commercial and industrial frontier that can replace the land frontier and give every child, woman, and man the opportunity to become an owner of productive assets and achieve a level of capital self-sufficiency.  The only question is how to do it . . . and it wouldn’t be through government handouts or programs like the New Deal. 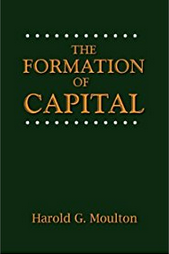