Nothing is Impossible in Social Justice


Back in 1966 Dr. Norman G. Kurland, now president of the all-volunteer, interfaith Center for Economic and Social Justice (CESJ) in Arlington, Virginia was in New York City.  He was meeting with Stokely Carmichael and Ivanhoe Donaldson and explaining to them the ideas of lawyer-economist Louis O. Kelso, best known as the inventor of the Employee Stock Ownership Plan (ESOP) regarding achieving broad-based capital ownership without redistributing existing wealth.

At one point in the discussion, Stokely Carmichael shook his head and said something along the lines of, “Well, it’s a great idea . . . but ‘they’ will never buy it.”  Taken somewhat aback, Norman Kurland responded, “Stokely, I thought you were a revolutionary.  No true revolutionary would ever say such a thing!”
In extenuation (somewhat) of Stokely Carmichael’s comment, he had never come across the social thought of Pope Pius XI as analyzed by CESJ co-founder Father William J. Ferree, S.M., Ph.D.  Had he done so, he would have learned that the “third characteristic” of social justice is that — in social justice terms — nothing is impossible. 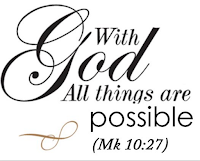