This past week has been somewhat quiet with respect to the Just Third Way, but a number of important initiatives are moving forward, notably the project in Wayne County, Michigan.  This “slowdown” always occurs around major holidays as people divert their attention (as they should) to friends and family:


• Wayne County, Michigan.  As part of the preparation for a presentation on the Just Third Way in April to selected notables in Wayne County, Michigan, Norman Kurland recently had a telephone conversation with Rashid Tlaib, who is running for the U.S. House of Representatives as a Democrat in Michigan’s thirteenth Congressional district.  Norm introduced Ms. Tlaib to some key concepts of the Just Third Way, focusing on the need for sustainable and just tax and monetary reform.  Norm reported that the conversation was very positive.  Ultimate, the idea of the initiative is to make Wayne County and Detroit a model for the country. 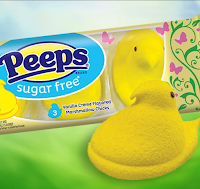 • Not a Peep?   According to today’s Washington Post, the manufacturer of “peeps” marshmallow treats, Just Born Quality Confections, is seeking permission to deny participation in its multiemployer defined benefit pension plan to new employees without paying the otherwise required $60 million fine on the grounds that it would drive the company into bankruptcy.  This, of course, would not be an issue with a defined contribution plan such as a 401(k) or an ESOP, in which Participants are vested only in what is actually in the accounts established in their names.  A number of defined benefit pension plans have gone bankrupt in recent years, with assets being turned over to the Pension Benefits Guarantee Corporation and the obligations generally being settled for less than the defined benefit with taxpayer dollars. 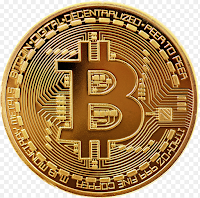 • Bitcoin and the Federal Reserve.   In today’s Wall Street Journal an adjunct professor of law opines that the governors of the Federal Reserve could learn a lesson from the “Bitcoin” people.  The argument is that under current Federal Reserve policy the rate of inflation is presumed to be some kind of policy tool and varies according to whatever target some bureaucrat decides is the “right” amount of inflation.  Bitcoin inflation, however, is strictly regulated since there can only be 21 million Bitcoins, and the rate of inflation is limited to what can be “mined” each year.  Of course, the entire argument avoids addressing the real issue, which is why should inflation or deflation be used as a tool of monetary and fiscal policy at all?  If the powers that be understood money, they would realize that the legal definition of money — anything that can be accepted in settlement of a debt (all things transferred in commerce) — precludes inflation except in response to actual price increases or decrease in supply, and completely removes the danger of deflation, or a fall in the price level due to an insufficient money supply.  It would be far better to implement a monetary policy that links the quantity of money directly to the needs of the economy, rather than have someone try and guess how much money will be needed. 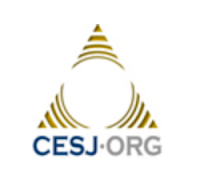 • CESJ Newsletter.  Work is proceeding on the CESJ newsletter.  Discussion is currently focused on a name and a logo.  Anyone who has a (serious) idea about either is urged to make contact with CESJ.
• Hartford Connecticut Chapter in Formation.  The people in Hartford have been talking with someone at the Boston Federal Reserve and moving forward with getting 501(c)(3) status and giving presentations and raising funds.  There is some discussion about a pilot project of turning the outmoded Hartford community center into a citizen-owned development project.
• CESJ Annual Meeting and Celebration.  A decision was made to downscale the CESJ annual celebration due to a conflict with the Wayne County initiative, and the fact that some individuals were not able to follow through on proposals for the celebration.
• Shop online and support CESJ’s work! Did you know that by making your purchases through the Amazon Smile program, Amazon will make a contribution to CESJ? Here’s how: First, go to https://smile.amazon.com/.  Next, sign in to your Amazon account.  (If you don’t have an account with Amazon, you can create one by clicking on the tiny little link below the “Sign in using our secure server” button.)  Once you have signed into your account, you need to select CESJ as your charity — and you have to be careful to do it exactly this way: in the space provided for “Or select your own charitable organization” type “Center for Economic and Social Justice Arlington.”  If you type anything else, you will either get no results or more than you want to sift through.  Once you’ve typed (or copied and pasted) “Center for Economic and Social Justice Arlington” into the space provided, hit “Select” — and you will be taken to the Amazon shopping site, all ready to go.
• Blog Readership.  We have had visitors from 33 different countries and 48 states and provinces in the United States and Canada to this blog over the past week. Most visitors are from the United States, Canada, the United Kingdom, Peru, and India.  The most popular postings this past week in descending order were, “Thomas Hobbes on Private Property,” “News from the Network, Vol. 11, No. 12,” “2. Is Distributism a Parody of Christianity?” “A More Just Tax, II: Tax Reform,” and “Aristotle on Private Property.”
Those are the happenings for this week, at least those that we know about.  If you have an accomplishment that you think should be listed, send us a note about it at mgreaney [at] cesj [dot] org, and we’ll see that it gets into the next “issue.”  If you have a short (250-400 word) comment on a specific posting, please enter your comments in the blog — do not send them to us to post for you.  All comments are moderated, so we’ll see it before it goes up.
#30#
Posted by Michael D. Greaney at 11:11 AM