Whence Cometh This Demand?, II: Getting Even 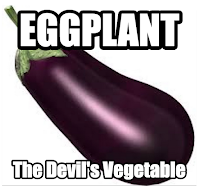 What happens, however, if you produce something at a different time than someone else produces the thing that you want?  For instance, suppose you grow eggplant in the summer, while your prospective trading partner cuts ice in winter?
Well, if stored properly, ice can last up to a year, even through the hottest days of summer.  Eggplant, however, is only available a relatively short time, not all year round the way ice can be.  What do you do if you want ice, but the eggplant crop hasn’t come in yet?
People faced this problem from the beginning of human society.  A hunter needed a spear, but couldn’t pay for it until he used the spear to kill something for lunch with a bit extra to trade for the spear.  A merchant needed salt to trade for copper, but wouldn’t have the salt until he got the copper to trade for the salt.
What did people do?  They invented “contracts.”  You give me what I want now, or at some specified date in the future, and I will give you what you want now, or at some specified date in the future.  We can both start with nothing, and end up with something.
Most people think that all the documents surviving from the ancient world are great works of literature.  They’re not.  By far, the vast bulk of writings from the ancient world (and today, for that matter) are contracts — money, for money and credit are the same thing in different forms, and all money is a contract, just as all contracts are money.
Obviously, by using a contract document instead of the actual goods, people can do a lot more a lot easier than they did before.  For example, if there are six things in an economy, but no standard of value to measure them, do you know how many prices there are in that economy?
Not six, as there would be if everything was measured in terms of dollars or drachma, but seven-hundred and twenty different prices, e.g., a cow could be 100 chickens, three pigs, half a horse, fifteen bushels of wheat, or six gallons of whiskey.  All the different ways to have a price in terms of just those six things adds up to 720, not 6.  (You can do this yourself for any number of items, n, by calculating “n!” or “n factorial,” which is n(n-1)(n-2)(n-3) . . . (n-[n-1]).  6! = 6 x 5 x 4 x 3 x 2 x 1, or 720.)
It’s much easier (as many societies discovered long, long ago) to value everything in terms of one item, usually a draft animal, because they provided power.  Some of today’s financial terms, in fact, come from old Latin words referring to cattle, the chief form of wealth aside from land in the ancient world, e.g., pecus (pecuniary) is an archaic word for cattle, while caput (capital) refers to the head of a cow.  We still count livestock by “the head,” e.g., “How many head o’ cow critters you-all carrying on yore range, Pardner?”
By having a piece of parchment, papyrus, notched stick, clay tablet, or what have you, as a negotiable contract, and if it was denominated in a common unit of value, life became much easier.  You could store up your demand instead of having to store actual goods . . . as long as the contract you accepted was good when you went to redeem it, or other people would take it in trade until it matured.
Everything else being equal, then, by using contracts instead of the actual goods, it became possible to even things out a bit, and to be able to make production and consumption balance, even if they didn’t necessarily happen at the same time.
That, however, brings in another problem, which we’ll look at tomorrow.
#30#
Posted by Michael D. Greaney at 6:00 AM