The stock market continues to soar.  This is because . . . we have no idea.  Let’s just say the stock market, in a continuing burst of (what was it Alan Greenspan called it?) “irrational exuberance”?  Whatever.  The stock market just keeps going up for some reason, and economic (and thus political) insecurity continues to spread.  Meanwhile, back at the ranch, we continue working to spread word that there is a viable solution out there.  All we need to do is get it to people who can get it to world leaders.  Maybe the fact that this is Fulton Sheen Day might wake some people up: 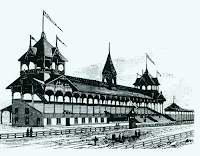 • This past Saturday Dr. Norman Kurland was the keynote speaker in Louisville, Kentucky for the first of a number of planned “Millennial Empowerment” meetings around the country.  This was sponsored by the Mansfield Institute for Public Policy and Social Change, Inc. and held at the prestigious Churchhill Downs Jockey Club.  The sponsors had effectively promoted CESJ’s Just Third Way writings before the event.  The ideas were enthusiastically supported among the 350 participants, including millennial activists in several Southern states, multi-faith religious leaders, the Unite America Party of Kentucky, Kentucky members of American Descendants of Slaves, bankers, lawyers, entrepreneurs, and faculty members and students from several Kentucky universities.  Norm described it as “[T]he most exciting gathering I’ve attended since I first learned of Louis Kelso’s ideas in March 1965.”

• On Monday Norman Kurland attended the World Bank’s Global Forum on Law, Justice, and Development, which he also described as “exciting.”  Norm met many participants who were open to the Just Third Way principles and strategy for financing the advanced non-fossil-based energy technologies that need to be developed, manufactured and marketed globally for addressing global Climate Change.  He met with the Forum’s Senior Project Manager and World Bank legal counsel, gave them some of CESJ’s writings on resilient green growth, and expects to meet with them on the ideas within the next two weeks.  Norm was introduced to him by a lawyer from Brazil, who works with him at the World Bank, and wants to become involved with CESJ and the professional team at  Equity Expansion International, Inc.

• Despite the fact that yesterday was the last day for Eliza Riley, the World’s Greatest Student Intern from Brigham Young University, the outreach initiatives she began continue.  Through her efforts we were able to connect yesterday with an important figure in Mexico who had made a speech mentioning the work of Louis Kelso, on which the Just Third Way is, in part, built.  Follow up meetings are planned.  She also developed questions for polling citizens in Ukraine designed to seek the opinions of ordinary Ukrainian citizens on whether expanded capital ownership could address the corruption, poverty, political and human rights problems faced by their nation.  Her questions were approved, translated into Russian and Ukrainian by the Kyiv International Institute of Sociology, and the polling process started this past Monday.  Similar questions could be designed for a poll to be conducted throughout the world, including the USA, and — especially — among millennials.
• Outreach efforts by CESJ friends and members throughout the world continue.  It is becoming increasingly obvious that leader in Church, State, and Academia are becoming more and more aware that problems are getting worse, but no one has a viable solution.  They need to be introduced to the Just Third Way as soon as possible, and the only way to do that is to continue to make continuous efforts to reach out and connect with door-openers and prime movers.
• CESJ’s latest book, Easter Witness: From Broken Dream to a New Vision for Ireland, is available from Amazon and Barnes and Noble, as well as by special order from many “regular” bookstores.  The book can also be ordered in bulk, which we define as ten copies or more of the same title, at a 20% discount.  A full case is twenty-six copies, and non-institutional/non-vendor purchasers get a 20% discount off the $20 cover price on wholesale lots ($416/case).  Shipping is extra.  Send enquiries to publications@cesj.org.  An additional discount may be available for institutions such as schools, clubs, and other organizations as well as retailers. 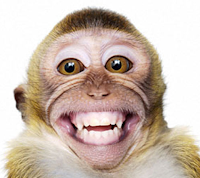 • Here’s the usual announcement about the Amazon Smile program, albeit moved to the bottom of the page so you don’t get tired of seeing it.  To participate in the Amazon Smile program for CESJ, go to https://smile.amazon.com/.  Next, sign in to your account.  (If you don’t have an account with Amazon, you can create one by clicking on the tiny little link below the “Sign in using our secure server” button.)  Once you have signed into your account, you need to select CESJ as your charity — and you have to be careful to do it exactly this way: in the space provided for “Or select your own charitable organization” type “Center for Economic and Social Justice Arlington.”  If you type anything else, you will either get no results or more than you want to sift through.  Once you’ve typed (or copied and pasted) “Center for Economic and Social Justice Arlington” into the space provided, hit “Select” — and you will be taken to the Amazon shopping site, all ready to go.
• As of this morning, we have had visitors from 61 different countries and 51 states and provinces in the United States and Canada to this blog over the past two months. Most visitors are from the United States, Russia, the United Kingdom, Canada, and the Netherlands. The most popular postings this past week in descending order were “Thomas Hobbes on Private Property,”  “Book Review: Field Guide for Heroes,” “How to Make America Great Again,” “Minimum Wage Follies,” and Aristotle on Private Property.”
Those are the happenings for this week, at least those that we know about.  If you have an accomplishment that you think should be listed, send us a note about it at mgreaney [at] cesj [dot] org, and we’ll see that it gets into the next “issue.”  If you have a short (250-400 word) comment on a specific posting, please enter your comments in the blog — do not send them to us to post for you.  All comments are moderated, so we’ll see it before it goes up.
#30#
Posted by Michael D. Greaney at 1:51 PM