Breaking news: the latest conspiracy theory is that the Titanic didn’t really sink on its maiden voyage.  It was actually a ship named Olympic.  The switch was made to collect the insurance.  And if you believe that, Modern Monetary Theory (MMT) and Keynesian economics should be a breeze for you.  (Nobody has bothered to explain where the actual Titanic ended up, though.  Unless it’s that thing floating next to the rubber ducky.)
To get back to the real world and the economics of reality, however, this has been a busy and interesting week for those promoting the Just Third Way:


• CESJ intern Eliza R’s original research survey for the Institutional Review Board (IRB) and Human Subjects Committee of Brigham Young University has been approved.  It is being administered in the field starting today, Friday, December 2, 2016.  The survey is part of a standard omnibus survey that has been conducted in Ukraine for many years.  The Kyiv International Institute of Sociology (KIIS) conducts the Omnibus, and international clients that have made use of KISS’s survey services include USAID, the World Bank, UNICEF, Cambridge University, Duke University, the London School of Economics, and other universities.  The research aims to measure how Ukrainians view property ownership (and the unequal distribution of it in their country) and its effects on a number of problems facing their country including corruption, low levels of support for democracy, economic decay, and the erosion of welfare programs in Ukraine.  This has important implications for CESJ on how to implement legislation emphasizing universal access to ownership.
• Dr. Norman G. Kurland travels to Louisville, Kentucky today to be keynote speaker before an audience of 250-300 people at Churchill Downs in the Triple Crown Room of the Jockey Club tomorrow, Saturday, December 3, 2016.  The topic is “The Game Changer in You.”  The closing will be a discussion on of motivation and mobilization of the Millennial Generation.  Participants will discuss workforce readiness for the future, monetary reform, innovation, and infrastructure for the twenty-first Century and the responsibility and role Millennials can play in that.  Norm will also be speaking on a panel on sustainability moderated by Martin Smith.

• CESJ will be meeting with the Chairman of the American Solidarity Party of Northern Virginia next week.  The meeting will primarily be to discuss a possible conference on a “pro-life economic agenda” that would be acceptable to all sides in the debate, and address concerns of both positions in a politically feasible manner.  CESJ’s past involvement with the Solidarity Movement in Poland, Costa Rica, and Guatemala should also be of interest to the ASPNV.
• Due to a delay in submission caused by the press of other writing tasks, publication of the next Just Third Way column for the Perth Herald-Tribune has been delayed.  In lieu of that, here’s the link to the column on solidarity, which seems to be getting mentioned fairly frequently these days in some circles.
• Outreach continues to surface people who can get the CESJ core group to meet with president-elect Trump and other key figures in the political scene.  It should be kept in mind by everyone interested in advancing the Just Third Way that the ESOP would never have been enacted into law except through the efforts of Senator Russell Long of Louisiana . . . and Senator Long would never have heard about the ESOP if a number of people hadn’t taken the risk of presenting “prime movers” and door openers with the genuinely new ideas on which the Just Third Way was developed.  The whole process is described in “Dinner at the Madison.”  Today, people in a network spanning the globe are working to gain access to figures in Church, State, and Academia who can help move things along, but we don’t know which effort will pay off first.  It could be yours. 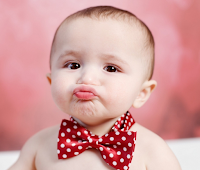 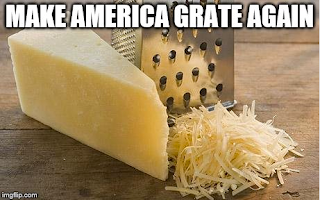 • As of this morning, we have had visitors from 61 different countries and 52 states and provinces in the United States and Canada to this blog over the past two months. Most visitors are from the United States, Russia, the United Kingdom, Canada, and Austria. The most popular postings this past week in descending order were “Thomas Hobbes on Private Property,”  “Aristotle on Private Property,” “How to Make America Great Again,” The Feast of Christ the King?!?!?!?!?(!),” and “News from the Network, Vol. 9, No. 42.”
Those are the happenings for this week, at least those that we know about.  If you have an accomplishment that you think should be listed, send us a note about it at mgreaney [at] cesj [dot] org, and we’ll see that it gets into the next “issue.”  If you have a short (250-400 word) comment on a specific posting, please enter your comments in the blog — do not send them to us to post for you.  All comments are moderated, so we’ll see it before it goes up.
#30#
Posted by Michael D. Greaney at 3:04 PM