Some interesting developments have happened this week, some of which make the so-called “new normal” sound an awful lot like the old normal (or, from the Just Third Way point of view, the old abnormal).  Be that as it may, it remains the case that things are not as bad as they seem (nor are they worse), and people will realize this as soon as they recognize the potential of the Just Third Way of Economic Personalism to bring about effective, just change:

• A Continuing Challenge to Biden.  As we mentioned last week, in our opinion, if Joe Biden is serious about wanting to unify the country, he needs to do at least two things.  One, given that — in our opinion — economics is at the bottom of a lot of what is dividing society, Biden should open up effective economic opportunity for all by getting behind the passage of the Economic Democracy Act.  We think that this would create traditional “full employment” within five to fifteen years, and eliminate all government debt within sixty or seventy years . . . and remember, that debt in the U.S. has been outstanding and growing since the early 1860s to pay for the Civil War.  We got rid of chattel slavery.  We can get rid of debt slavery.  Two, drop all public funding of and support for abortion.  It is probably the single most divisive issue in America, and those opposed to having their tax money used to fund it have a very strong case.  Why should they pay for something they find morally repugnant?  After all, opponents of government aid to private schools have been making a similar (if extremely flimsy) case for well over a century, so what you have is a very strange situation.  Money is taken from people to pay for education, which is legally mandated, and then not used to educate their children, while at the same time money is taken from people and used to pay for something to which they are opposed and is presumed to be purely voluntary.  Where is the fairness in that?

• Global Debt Crisis.  There has been increasing concern expressed about the global debt crisis as a result of the pandemic.  It seems that countries have been running up massive amounts of debt at a time when borrowing capacity was already tapped out.  Of course, the global debt crisis is nothing new.  The pandemic has exacerbated an already horrifying situation into something that seems virtually apocalyptic.  Admittedly, most of the world’s economies have spent money and depleted borrowing capacity as if tomorrow — and reckoning day — would never come.  Keynes, for example, treated “money” as a special creation of the State which as it is backed by the government’s own debt is — according to Keynes — a non-repayable debt the nation owes itself.  Unfortunately for this less-than-neat little theory, the bills have come due, and with a vengeance.  As a result, some experts are calling for a “Great Reset” that consists of a world completely under the domination of the superrich, with nobody else owning anything, not even the clothes on their backs or the food in their mouths.  Everything will be provided absolutely free.  Translated into crude English, this means that everybody except the superrich and those that control them (“the New Class”) will be permanently dependent on those who hand out the free stuff . . . so don’t annoy them in any way, or you won’t get your free stuff. 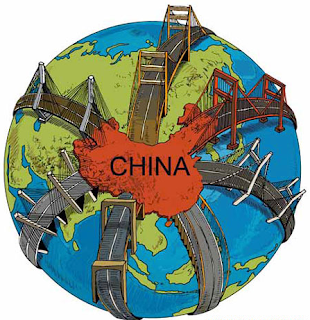 • China’s Bid for Supremacy. Having become the Number Two economy in the world, the Peoples Republic of China is working hard to become Number One.  Fortunately for the rest of the world, China is making the same mistakes the United States made since the New Deal.  Unfortunately for the rest of the world, the United States keeps making the same mistakes it’s made since the New Deal.  The three most obvious financial mistakes are 1) a reserve currency that is backed by government debt instead of hard private sector assets, 2) the fixed belief that a country needs foreign investment capital in order to finance economic growth, which comes from a) mercantilism, b) debt of foreign governments, or c) foreign investors.  The obvious conclusion — that economic growth cannot be financed for any length of time by backing new money with domestic government debt — hasn’t resulted in the obvious implication that for an economy to grow, new money must be backed either with existing assets or the new capital it is financing.  As a result, China is following a strategy that can only end in disaster . . . unless Just Third Way reforms are implemented somewhere in the world.

• ESOP Pass-Through “Voting”.  According to the National Center for Employee Ownership in Oakland, California, the Department of Labor has finally issued regulations on pass-through voting.  While it was finally made clear that trustees could not override the financial wellbeing of the Plan Participants, a significant potential for abuse — albeit unintended — was specifically let in place: the trustees can decide to sell a worker-owned company out from under the “owners” regardless of the wishes of the Plan Participants.  Evidently, as far as the DOL is concerned, it is in the best interest of workers to have a one-time cash payment instead of continuing ownership.  We remark in passing that this was the way in which the rich forced the sale to themselves of “the commons” in England in the 18th and 19th centuries.

• ESOP Board Diversity.  Also according to the NCEO, concern has been expressed over the lack of diversity on the boards of directors of ESOP companies.  It may seem simplistic, but allowing for work-owner representation on the board of directors might solve the presumed problem very easily. 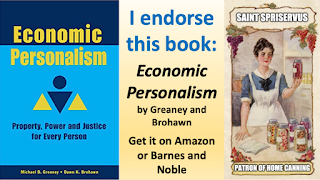 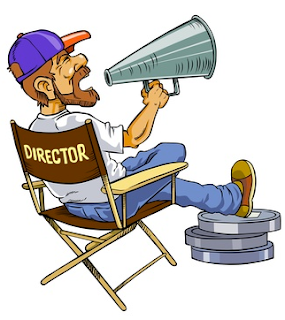 • Sensus Fidelium Videos, Update.  CESJ’s new series of videos for Sensus Fidelium contrasting economic personalism and the Great Reset is off to a good start, although we missed this past week due to unforeseen circumstances.  The latest is “A Meeting With Pope Francis,”  which can be found on the “Playlist” for the series.  The previous series of sixteen videos on socialism is also available by clicking on the link: “Socialism, Modernism, and the New Age,” along with some book reviews and other selected topics.  For “interfaith” presentations to a Catholic audience they’ve proved to be popular, with more than 97,000 views to date.  They aren’t really “Just Third Way videos,” but they do incorporate a Just Third Way perspective.  You can access the playlist for the entire series  The point of the videos is to explain how socialism and socialist assumptions got such a stranglehold on the understanding of the role of the State and thus the interpretation of Catholic social teaching, and even the way non-Catholics and even non-Christians understand the roles of Church, State, and Family, and the human person’s place in society. 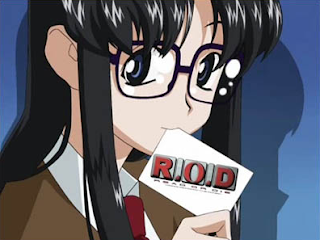 • Blog Readership.  We have had visitors from 37 different countries and 39 states and provinces in the United States and Canada to this blog over the past week. Most visitors are from the United States, India, the United Kingdom, Canada, and Australia.  The most popular postings this past week in descending order were “News from the Network, Vol. 14, No. 01,” “Social Justice IV: The Characteristics of Social Justice,” “JTW Podcast: Book Review of Economic Personalism,” “More Policy Objective of Economic Democracy,” and “A ‘Debt Tsunami’.”