In the previous posting on this subject, we presented some of the “policy objectives” of the Economic Democracy Act.  Today we conclude our discussion by presenting another batch.  There are more than those listed in these two blog postings, of course, but this is enough to start: 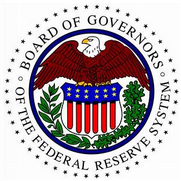 Democratize Ownership of the Federal Reserve. Provide every citizen a single, lifetime, non-transferable voting share in the nation’s central bank and in one of the 12 regional Federal Reserve banks. This will ensure that the Fed’s board of governors is broadly representative of all groups affected by Fed policy, and that power over future money creation is spread widely among all citizens. 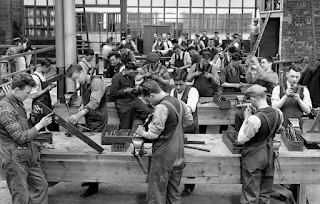 Introduce a Market-Driven Wage and Price System. Gradually eliminate rigid, artificially-protected wage and price levels and other restrictions on free trade that afford special privileges to some industries, businesses and workers at the expense of American and foreign customers of US products. Replace subsidies with interest-free credit incentives to farmers who wish to associate voluntarily in cooperatives and in enterprises jointly owned by farmers and workers, including integrated agribusinesses. The income generated by farmer-owned enterprises would supplement farm incomes and reduce the need for subsidies.

Restore Property Rights in Corporate Equity. Restore the original rights of “private property” to all owners of corporate equity, particularly with respect to the right to profits and in the sharing of voting control over corporate policies. Preserve traditional powers of professional managers held accountable by Justice-Based Management corporate governance structures. 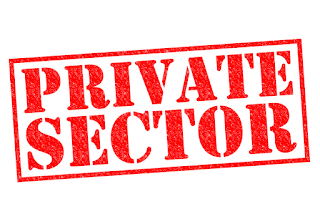 Offer a More Just Social Contract for Workers. A top priority during the next decade would be developing a more just “social contract” for persons employed in the private sector. This would be geared toward establishing maximum ownership incentives. Instead of inflationary “wage system” increases, employees would begin to earn future increases in income through production bonuses, equity accumulations, and profit earnings. These “bottom-line” rewards would be linked to workers’ individual contributions, and to the productivity and success of their work team and the enterprise for which they work.

Encourage More Harmonious Worker-Management Relations. Promote the right of non-management workers to form democratic unions and other voluntary associations. Instead of promoting the traditional “conflict model” of industrial relations, however, “labor” unions would be encouraged to transform themselves into democratic “ownership unions.” These ownership unions could become society’s primary institutions for promoting a free market version of economic justice, while continuing to negotiate and advance the economic interests of all citizens, including worker ownership rights and Justice-Based Management policies.
Under the Economic Democracy Act, unions could expand their role in a free market system by educating and expanding their membership to include all citizen-shareholders. Ownership unions would enhance the property rights of all shareholders by enhancing management accountability and transparency, and protecting against unjust executive compensation schemes. 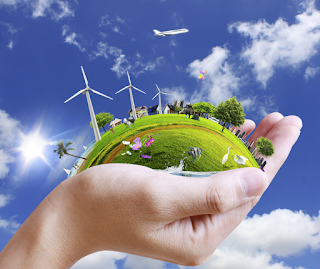 Promote a Life-Enhancing Physical and Cultural Environment. Encourage special ownership incentives for those engaged in research and development, especially in the search for new and sustainable sources of energy, ecological restoration and labor-saving technologies. Provide sufficient low-cost credit and royalty-free licensing for enterprises capable of commercializing life-enhancing technologies developed for the military and space programs. Subsidize the development of new methods of conserving and recycling non-replenishable and limited natural resources that are vital to civilization’s long-term survival, at least until suitable substitutes can be discovered and developed. Promote the teaching at all levels of education of universal principles of personal morality and social morality that are based on the inherent dignity and sovereignty of every human person within all institutions of a just social order, including the State.

Reduce Public Sector Costs. Provide America’s military, policemen and firemen, teachers, and other public-sector workers with a growing and more direct equity stake in the free enterprise system, both as a supplement to their costly pension plans and so that they will better understand and defend the institutions of private property and free markets. Whenever feasible, transform government-owned enterprises and services into competitive private sector companies, by offering their workers (and customers and other stakeholders in capital-intensive operations like TVA) opportunities to participate in ownership, governance and profits.

Establish Workable Demonstrations of Economic Democracy at the Community, State, Regional and Global Levels. Launch several demonstrations of democratizing capital ownership opportunities for every citizen. These would be most effective in areas of high unemployment, such as the for-profit Citizens Land Development Cooperative now being proposed in St. Louis, Missouri, and Cleveland, Ohio. Similar projects could be developed on Native American reservations. A major objective would be to evaluate ownership-broadening Federal Reserve reforms, innovative broadened ownership mechanisms, advanced concepts of worker participation in decision-making, and servant leadership developments like Justice-Based Management. Encourage State and local governments and other countries to promote widespread capital ownership as a basic “Just Third Way” framework for building a sound market economy.

Study the feasibility of a national and global citizen-owned “Land and Natural Resources Bank” to plan development of Nature’s resources, receive leasing fees for use of land and natural resources, and distribute citizen dividends among the population. With the leadership of the United States, urge the United Nations and other international agencies to encourage the use of such economic development vehicles in order to bring about “peace through justice” in such conflict-torn countries as Iraq, Afghanistan, Pakistan, the Sudan, Kashmir, the Democratic Republic of Congo, Somalia, Burma, Sri Lanka, etc. Such an approach could provide a model “Abraham Federation” solution for resolving the conflict between the Palestinians and Israelis. 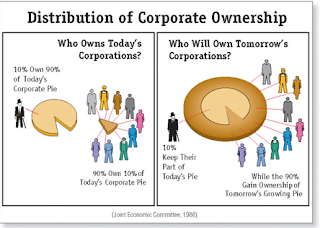 Encourage Multinational Corporations to Provide Equal Capital Ownership Opportunities. Provide special encouragement to US-based multinational corporations and global financial institutions to become instruments of peace and a more just world economic order, by broadening access to their ownership base to all citizens of the world community. Encourage businesses to open up future ownership opportunities as they begin harnessing the resources of the sea, the airways and other planets.

Promote a New Global Monetary System. Encourage the convening of a second “Bretton Woods Conference” to consider the implications of the Kelsonian binary economic model on global currency standards, the feasibility of a single global currency, and more just foreign exchange rates. The new policy should seek to reform global financial markets to address the challenge of global poverty and sustainable development, as well as leveling the playing field among nations for global free and open trade.