Despite the sad state of the economy and the efforts of today’s politicians to cut each other’s throats instead of the deficit, there are a number of good things happening:

•Economic Democracy Act Resolution. An initiative has begun in the state of Missouri to get the legislature and civic organizations as well as individuals to adopt and endorse a resolution to submit to Congress to pass the Economic Democracy Act.  If the legislature in Jefferson City (the capital of Missouri for those of you who didn’t memorize the state capitals in grade school), adopts the resolution and other states and civic organizations follow suit, Congress might actually pay attention.

• President Biden and Economic Democracy.  We again remind President Biden that he has has expressed a desire to unify the country.  We’ll again state for the record that — in our opinion — Biden needs to do two things immediately.  One, get the Economic Democracy Act passed.  Regular readers of this blog already know the case for doing so, but if they want a refresher or for those unfamiliar with the concept, here’s the link to a brief description.  Two, stop spending taxpayer money to support abortion.  If the people who want abortion for others pay for it out of their own pockets, at least some of the hypocrisy of the pro-choice position would be ameliorated.

•Big Mac Wage Price Spiral. A recent article, “What minimum wage increases did to McDonald’s restaurants — and their employees,” confirms the most serious problems with the Keynesian notions that high wages and inflation are “good” for the economy.  A Princeton University study examined the effects of raising the minimum wage on workers at McDonald’s.  As proponents of raising the minimum wage have insisted, they found that raising wages — and thus prices — had no significant effect on consumer demand, and thus no perceptible negative impact on employment at company-owned stores (franchises were a different story, with the decision to layoff or retain being made by the local owners).  There was a catch, though.  It turned out that raising wages raised the price level, so that McDonald’s workers — who are also consumers — ended up as a whole no better off than before.  It was a wash.  As the study reported, “Because consumers did not significantly cut back on Big Macs as a result of price increases, company-owned locations did not need to lay off employees or shut down entirely, the study found. However, the price increases that occurred also meant that the wage gain workers received was effectively less impactful, because they as consumers would have to pay more for goods such as Big Macs.”  There is also the problem that raising wages raised prices for consumers who did not get wage increases, meaning that instead of zeroing out, their real income went down.  So why did overall consumer demand not decrease proportionately?  Because McDonald’s is at the bottom of the scale for “eating out.”  Even with higher prices, the decision is the same as it was before: Do I eat out, or eat at home or take my lunch to work?  More than doubling the minimum wage could very easily be the tipping point at which people decide the convenience is not worth the cost, and McDonald’s would see a precipitous drop in consumer demand.  Upscale restaurants have already seen this, as the one-time cost of a dinner and a show doesn’t even cover a tip these days.  It’s far more cost-effective and satisfying to make dinner at home and rent a movie than go out.

• Why We Need the HEC.  The “worst apartment EVER”?  Why do people continue to eat at McDonald’s even as prices are going up?  Because in some situations it might be the only game in town.  In one of the best arguments we’ve seen for the “Homeowners Equity Corporation,” the “worst” apartment in New York City is basically a broom closet with a window.  No oven, stove, bath ("don't ask"), or much of anything else, except a mini-refrigerator.  The monthly rent? $1,650 per month, or $19,500 per year.  A $15 hourly wage for a 2,000-hour standard work year is $30,000.  Assuming a 30% effective tax rate for federal, state, and local taxes, or $9,000, that leaves (are you ready for this?) $1,500 for everything else.  The cheapest per person meal at any chain fast food restaurant was $3.86 at Little Caesar’s (and that’s with economies of scale, ordering for two or — usually —more people), which translates into $4,226.70 ($4,238.28 for a leap year), if you eat pizza for breakfast, lunch, and dinner and always eat with friends.  That’s an automatic deficit of $2,726.70 every year built into the system . . . which is why transfer payments and other income supplements make up a huge proportion of government spending.  Given that, it becomes apparent why McDonald’s can raise prices without decreasing demand — up to a point.  There are people who cannot cook at home, and so McDonald’s & friends are the only option, but whose ability to pay for reasonable quality fast food can reach the breaking point.  If such people are forced to cut food consumption by a quarter (no weekday breakfast, $3,170.02 total for food), third (no breakfast ever, $2,817.80 for food), or half (no breakfast ever, lunch or dinner on alternate days, $2,113.35 for food), McDonald’s and other fast food restaurants could easily be forced out of business. 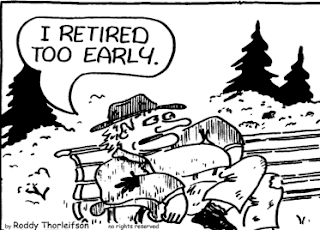 • Rethinking Retirement.  Ready for more bad news?  In an article, “Think saving for retirement is hard? Try spending it,” Marketwatch outlines the perils of the usual assumption that you sock away money while you’re working, then spend it when you stop working.  The problem is trying to figure out much of the accumulation to spend so you don’t outlive your savings.  Even the best strategy is still a gamble, as the article notes: “That brings me to a third way of determining how much to spend: the ceiling-and-floor method suggested by Vanguard Group.  With this strategy, you again aim to spend a fixed percentage of your nest egg’s year-end value. But unlike with the second strategy, if last year was bad, there’s a limit—or floor—on how much you reduce your spending. Similarly, if the market’s performance last year was stellar, there’s a limit—or ceiling—on how much you increase your spending.”  Of course, if we had an Economic Democracy Act, this would not be an issue.  The idea is to accumulate self-liquidating assets and live off the income, retaining the principal intact.  Why this idea so horrifies the powers-that-be is the real question, not how you can best time your spending yourself into penury. 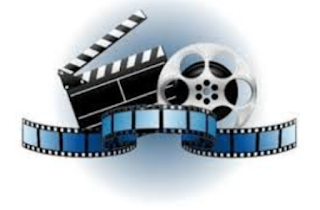 • Sensus Fidelium Videos, Update.  CESJ’s new series of videos for Sensus Fidelium contrasting economic personalism and the Great Reset is off to a good start, although we missed this past week due to unforeseen circumstances.  We’ve been on a short hiatus, so the latest one is still “A Meeting With Pope Francis,” which can be found on the “Playlist” for the series.  The previous series of sixteen videos on socialism is also available by clicking on the link: “Socialism, Modernism, and the New Age,” along with some book reviews and other selected topics.  For “interfaith” presentations to a Catholic audience they’ve proved to be popular, with nearly 100,000 views to date.  They aren’t really “Just Third Way videos,” but they do incorporate a Just Third Way perspective.  You can access the playlist for the entire series  The point of the videos is to explain how socialism and socialist assumptions got such a stranglehold on the understanding of the role of the State and thus the interpretation of Catholic social teaching, and even the way non-Catholics and even non-Christians understand the roles of Church, State, and Family, and the human person’s place in society.

• Blog Readership.  We have had visitors from 34 different countries and 48 states and provinces in the United States and Canada to this blog over the past week. Most visitors are from the United States, the United Kingdom, Canada, India, and Argentina.  The most popular postings this past week in descending order were “A Chestertonian Challenge,” “Joseph Pearce Again Disappoints,” “The Disappointing Dr. Joseph Pearce,” “News from the Network, Vol. 14, No. 3” and “Social Justice IV: The Characteristics of Social Justice.”