A New Philosophy of Public Debt

Back in 1943, as Keynesian monetary policy was completing its first decade, Dr. Harold Glenn Moulton, president of the Brookings Institution, published a pamphlet, The New Philosophy of Public Debt.  Although today Brookings is solid Keynesian in its approach, while Moulton was at the helm it presented an alternative to what many regarded as Keynes’s unwise, even dangerous monetary and fiscal policy.

Take, for example, the country of Costa Rica, a name that ironically means “Rich Coast” in the native Spanish.  A model of political stability and what is accepted as “sound” (i.e., restrained Keynesian) economic policy, this Central American island of peace and prosperity spent lavishly on universal health care and achieving high rates of literacy.

As a result, as reported in the Washington Post (“Many Countries Facing ‘Debt Tsunami’,” Washington Post, 01/11/21. A-1, A-18) “[Costa Rica] is reeling from the financially crushing side effects of the coronavirus, as cratering revenue and crisis spending force a reckoning over a massive pile of government debt.”  And Costa Rica is in better shape than most. 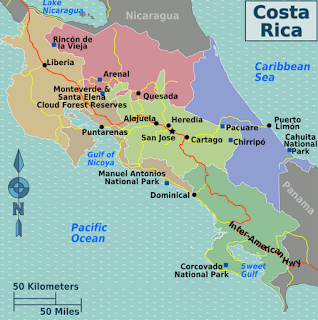 The fact is that Costa Rica as well as the United States and virtually every other country in the world bought into (literally) the Big Lie of Keynesian economics that you can consume anything you want without having to worry about production.  The Big Lie is in turn based on the disproved assumption that only existing accumulations of savings can be used to finance new capital formation and provide jobs for the majority of the population who own no capital.

Keynes assumed as a given that it is therefore essential to produce more than can be consumed in order to finance new capital formation.  The ludicrous nature of this assumption is demonstrated by the fact that in order to form new capital, you must obtain what is needed to form that new capital.  It doesn’t come into being magically out of thin air.

And that’s the contradiction (or one of them) in Keynesian economics.  To the producer of capital goods, all sales are as much consumption as the sales made by a farmer, a tailor, or a cobbler.  As long as his or her goods sell, they are “consumed.”  He or she is (in theory) completely indifferent as to whether what was sold is used to produce other goods, is consumed directly, or is destroyed or sits idle . . . as long as it is paid for.  ALL sales of goods and services are “consumption” from the seller’s end.

Thus, to produce more than can be sold is pure waste.  Yet Keynes said it is essential to produce goods that cannot be sold or consumed, that are totally useless or meant for destruction.  Why?  Because Keynes defined production in excess of consumption as savings, and savings are essential to finance new capital!

But wait (you ask), If goods aren’t sold, where do producers get the money savings to finance new capital?  Obviously, you have to turn production savings into money savings; no supplier of capital goods is going to take anything but hard, cold cash in payment. 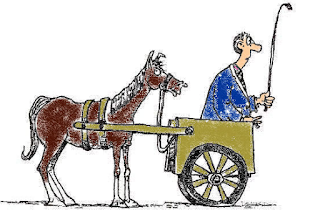 So how did Keynes propose turning production savings into money savings?  Simple.  Have the government issue new money backed by its own debt, and use the new money to create demand for the unsold goods.  This clears away the excess production and generates the cash to finance new capital formation.

It also “forces” saving by making consumers pay more for less, transferring purchasing power via inflation from consumers to producers, or from the poor to the rich.  That is why under Keynesian economics it is inevitable that the rich get richer, and the poor get poorer.

It also fosters consumerism and waste, induces inflation to erode the value of the savings of the middle class, destroys small ownership, and — as Moulton noted — creates the surreal belief on the part of politicians that government debt doesn’t have to be repaid because it is a debt the nation owes itself (!).

Nor is Costa Rica alone, as we shall see in the next posting on this subject.