Some interesting items this week on the global justice (or lack thereof) front . . . mostly lack thereof, and the obvious need for the Just Third Way of Economic Personalism.  Of course, getting people to understand that may be another matter, but there is certainly enough evidence that something needs to be done:


• Entitlement Cuts?  President Trump has announced that he is willing to consider cuts in Social Security benefits and other entitlements.  Presumably this is a great step in reducing the massive federal debt, but it is not the right way to go about the business.  Simply cutting benefits does nothing to solve the underlying problem, which is inadequate income when people can no longer work or can’t find work to begin with.  The whole notion of income and retirement needs to be rethought.  Linking income irrevocably to a wage system job — the underlying assumption of the entire Social Security system, in fact, of Keynesian economics — does nothing to change the fact that advancing technology continues to replace human beings from labor at an accelerating rate.  The only solution to growing deficits as well as the income problem for those who cannot work for whatever reason is to shift from labor to capital as the predominant source of income.  This will not only ensure as far as possible that people have adequate income, it will restore that tax base and ease the strain on Social Security and other entitlements.  Capital Homesteading is one possibility (possibly the best one) for solving these problems.
• The Real Sexual Revolution.  We recently obtained a copy of Charles Fourier’s masterpiece and founding document of socialism, The Theory of the Four Movements (Théorie des Quatre Mouvements), first published anonymously in 1808.  After looking through what is generally acknowledged as the theoretical framework for one of the most influential forms of socialism in the United States, we concluded that Fourier’s theories were based almost completely on unfulfilled adolescent sexual fantasies and a virulent hatred of Christianity that Fourier saw as interfering with the redemptive power of free and uninhibited sex.  As the Introduction to the Cambridge University edition summarizes Fourier’s thought, “Whatever the extravagance and eccentricity of its detail, The Theory of the Four Movements provides an invaluable insight into the origins of socialist criticism.  Conventional scholarship still tends to attribute the origins of ‘socialism’ to a heightened concern for equality arising from the French Revolution and to the economic changes consequent upon the ‘industrial revolution’.  In Fourier’s case, it is clear that these were not his preoccupations.  Conceived at the end of the revolutionary decade, this text is most immediately a reminder that the French Revolution had involved not only the transformation of the state, but also the attempt to replace the Church.  Fourier’s economic criticism, so influential in shaping the subsequent socialist tradition, began in this context.  The Theory of the Four Movements is a reminder that ‘socialism’ began as an attempt to discover a successor, not to capitalism, but to the Christian Church.”  (Gareth Stedman Jones, “Introduction” to Charles Fourier, The Theory of the Four Movements.  Cambridge, UK: Cambridge University Press, 1996, xxv-xxvi.)  Furthermore, it appears evident that beginning with Pope Gregory XVI the leaders of the Catholic Church were fully aware of the fact that what became known as socialism and communism (differences are only semantic) was intended to abolish traditional forms of Church, State, and Family, first by attacking private property, then marriage and family. 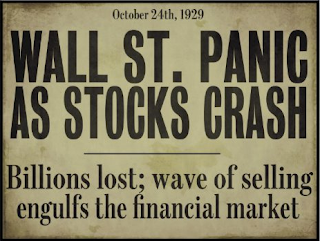 • The Dow in Perspective. The Dow Jones Industrial Average, which once upon a time actually had industrial stocks somewhere in it, has made it up past 29,000, which is causing numerologists and others to do a little superstitious panicking.  It seems that a number of people are linking a 29,000 Dow with the calendar year 1929 and predicting disaster on that basis.  That, of course, is nonsense.  The year 1929 has no link whatsoever with the fact of a 29,000 Dow.  The two situations are not comparable.  After all, the U.S. economy in 1929 was solidly based on industry, agriculture, and commerce backed by the productive capacity of the nation.  Today’s 2020 economy is based more or less vaguely on government debt, backed by the government’s ability to tax income people don’t have.  In 2020 terms, the Dow in 1929 had reached approximately 5,200.  That means the Dow in an economy in which productive capacity has been seriously eroded is more than 550% higher than during a speculative frenzy in an economy with full productive capacity.  There is obviously no vague reason to panic, but a very real reason to panic. 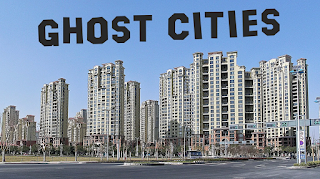 • China’s Economic Miracle?  Everyone is increasingly afraid of China for one reason or another, but there are some danger signs the Chinese themselves are ignoring, four in particular.  These don’t make other countries safer from “economic imperialism.”  Most countries suffer from the same dangers, although to a lesser degree in most cases.  China, however, has managed to exaggerate them to such a degree that when the crash comes it could swamp more boats than China alone.  These are: 1) Inflating GDP by engaging in enormous expenditures for capital projects that are unnecessary, often useless, and usually counterproductive.  “Ghost cities” and running empty trains are just the most obvious examples of this.  It is incredibly wasteful and gives artificial economic growth to make the government look good priority over real growth for the benefit of the citizens.  2) An economy that is 40% based on export.  Admittedly, this can work IF the balance of trade is maintained without currency manipulation, but the Chinese economy is geared toward selling as much as possible and buying as little as possible.  This is pure mercantilism.  It results in accumulating foreign currency reserves and foreign debt that as other economies deteriorate become worth less and less, and may end up just pieces of paper if the Chinese succeed in becoming the number one economy in the world.  As Jean-Baptiste Say pointed out over 200 years ago, we do not purchase what others produce with money, but with what we produce.  If only China produces, other countries will find themselves unable to buy.  3) Currency manipulation to gain trading advantage.  Again, “money” is only a medium of exchange and a measure of value.  Unless it is backed by actual wealth in the form of capital and consumer goods, it is ultimately worthless.  Money must have a standard of value to be useful instead of a weapon.  4) China is failing to build consumption power into its own citizens.  Every country’s first priority should be concern for its own citizens and arrange matters so that everyone can be productive and thus have an adequate and secure income.  With a 40% export economy and 40 million unemployed, China is ignoring the chief responsibility of any government. 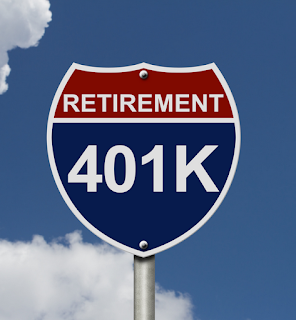 • Retirement Warning.  We haven’t thought about this for a while, but a few news stories reminded us that quite a number of people fail to name a designated beneficiary for their retirement accounts in case they die before all the benefits are distributed.  This applies to IRAs of all kinds, ESOPs, and 401(k) plans; anything that is a “defined contribution plan,” meaning that the participant is due what is in the account, not a specified or “defined benefit,” which is another type of qualified plan.  By law the residual goes to a spouse . . . but what if someone is divorced and remarried, but the divorce agreement gives the former spouse the residual?  Unless the participant has formally designated the former spouse and obtained the written consent of the current spouse, the current spouse gets it all.  Sometimes a lengthy court battle will settle it differently, but that can eat up the total amount of what’s at stake and more besides.  The rule is, make a formal written designation of any beneficiary other than the current spouse and make certain that the current spouse agrees to that in writing.
• Shop online and support CESJ’s work! Did you know that by making your purchases through the Amazon Smile program, Amazon will make a contribution to CESJ? Here’s how: First, go to https://smile.amazon.com/.  Next, sign in to your Amazon account.  (If you don’t have an account with Amazon, you can create one by clicking on the tiny little link below the “Sign in using our secure server” button.)  Once you have signed into your account, you need to select CESJ as your charity — and you have to be careful to do it exactly this way: in the space provided for “Or select your own charitable organization” type “Center for Economic and Social Justice Arlington.”  If you type anything else, you will either get no results or more than you want to sift through.  Once you’ve typed (or copied and pasted) “Center for Economic and Social Justice Arlington” into the space provided, hit “Select” — and you will be taken to the Amazon shopping site, all ready to go.
• Blog Readership.  We have had visitors from 25 different countries and 35 states and provinces in the United States and Canada to this blog over the past week. Most visitors are from the United States, India, , Canada, the United Kingdom, and Spain.  The most popular postings this past week in descending order were “We the People,” “The Meaning of Life,” “Martin Luther King Summit,” “News from the Network, Vol. 13, No. 3,” and “Thomas Hobbes on Private Property.”
Those are the happenings for this week, at least those that we know about.  If you have an accomplishment that you think should be listed, send us a note about it at mgreaney [at] cesj [dot] org, and we’ll see that it gets into the next “issue.”  Due to imprudent language on the part of some commentators, we removed temptation and disabled comments.
#30#