EWTN Live! and Ten Battles Everyone Should Know

A relatively short time ago the principal author of this blog had a book published by TAN Books.  With the title Ten Battles Every Catholic Should Know (2018), which will be featured — along with the author! — on EWTN Live! January 8, 2020, 8:00 pm EST on the EWTN Television Network, a cable television channel.  Check your local listings for when it airs in your area.  If you miss it or don’t have cable, EWTN usually puts the show up on YouTube within a couple of days.


To pique your interest (and get you to watch the show and drive up ratings, not to mention buy the book), we’re posting this synopsis of the book and explaining a little bit about it.  Of course, war should be avoided if at all possible, and to do so we must work for justice, specifically the Just Third Way, but when people fail to achieve justice (justice doesn't fail, people do), sometimes it is necessary to resist.
Frankly, with a title like Ten Battles Every Catholic Should Know, it was expected to appeal to a somewhat limited (if extremely intelligent, as are all our readers) audience.  Well, it turned out to be rather bigger than anticipated.
There were, of course, a few criticisms — three, actually.  One, someone in Poland pointed out that the cover art showed Polish “Winged Horsemen” in full dress armor, not field armor.  It sure looks magnificent, though, as even the critic admitted.
Two, a couple of people complained that the book was too short.  They thought each battle profiled deserved a full book of its own.  That, we felt, was actually more of a compliment than a criticism, especially as the critic gave the book five stars anyway.
Third, quite a few people said the book has the wrong title!  Why just Catholics?  Why not Ten Battles Everyone Should Know?  We really didn’t have an answer for that, except to say, Don’t judge a book by its title. . . .
But what about the ten battles?  Maybe these memes we put together (and that are NOT in the book) might excite your curiosity: 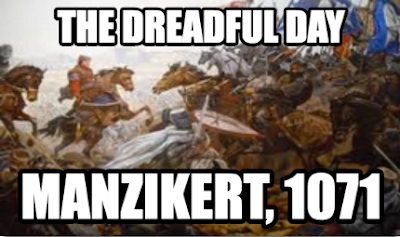 Manzikert.  This is the battle that began the long conflict between Europe and the Grand Turk.  Not that there weren’t other crusades, but this one has been overlooked for so long that we decided to make it the overall theme of the book. 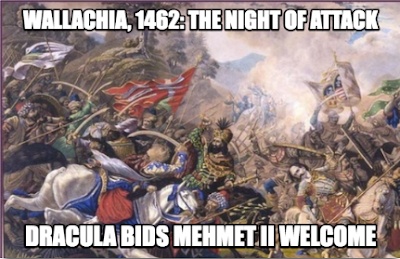 Wallachia.  So, you think you know all about the real Dracula?  Think again!  He’s probably both better and worse than you imagined! 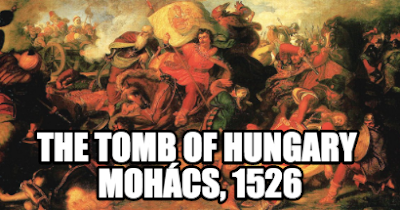 Mohács.  What happens when an army that is armored from head to toe — and from ear to ear — meets an enemy with modern artillery and isn’t troubled by any notions of chivalry?  The Tomb of Hungary. 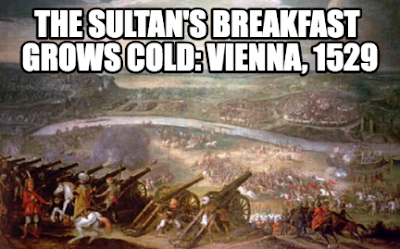 Vienna.  The Sultan wants to reduce your city to ruins and eat his breakfast in the ruins of the cathedral.  What do you do?  Surrender?  Or deliver some take-out from your cannon on the walls? 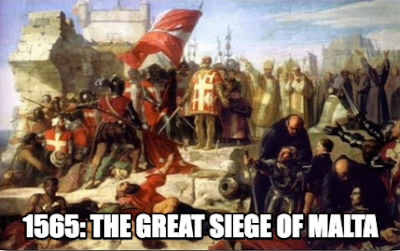 Malta.  A few thousand Knights of Malta and men at arms against tens of thousands of the finest soldiers in the Ottoman Empire.  What could possibly go wrong? 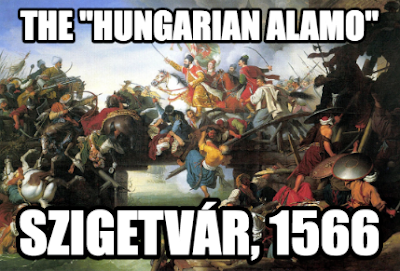 Szigetvár.  An force of a quarter of a million battle-hardened veterans against 2,500 amateurs holed up in a tiny, unimportant castle, the commander of which had raided the Sultan’s army.  Punishing the upstart would take a few days at worst.  Or would it? 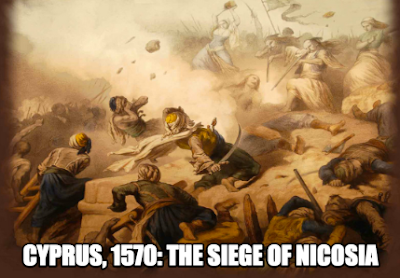 Nicosia.  The Sultan wants a bottle of his favorite wine.  What better way to get it than violate a sacred treaty, invade another country, and slaughter everyone who gets in his way? 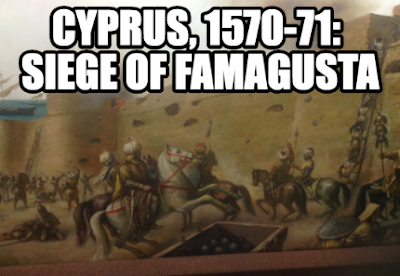 Famagusta.  What happens when you are offered honorable surrender terms, accept them, and then realize you were lied to in order to trick you into surrendering?  Not for weak stomachs. 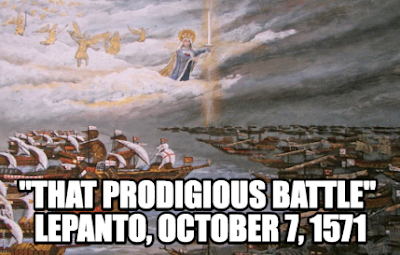 Lepanto.  As Miguel de Cervantes said, “Even if it were possible to work a miracle in my case, I still would rather have taken part in that prodigious battle than be today free of my wounds without having been there.” 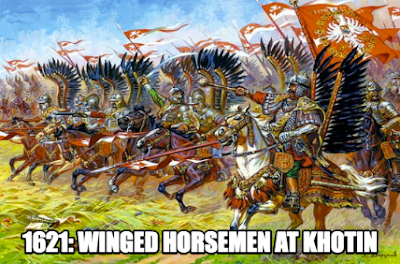 Khotin.  The beginning of the long twilight of Turkish power in Europe, and an outstanding example of international cooperation in the face of a common enemy.