We didn’t get too much news from our network this week, but there are a number of items of interest to adherents of the Just Third Way.  It’s just a coincidence it’s mostly about food and drink this week: 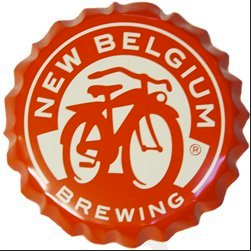 • Clash of the Paradigms.  It might be the most graphic recent and micro example of how a financial tool designed for one purpose can be so easily diverted to another that has the opposite of the intended result.  The principal example on the macro scale, of course, is the central banking system of the United States, the Federal Reserve.  Intended in part to convert the inelastic reserve currencies backed by government debt into a single elastic reserve currency backed by private sector hard assets, the Federal Reserve was quickly converted into a means whereby government deficits could be monetized virtually at will.  Now we have the latest example of the misuse of the Employee Stock Ownership Plan (ESOP) invented by Louis Kelso as a means of turning non-owning workers (and eventually everyone) into owners of capital without using past savings or taking cuts in pay or benefits.  Fat Tire Maker New Belgium Brewing has announced that it is selling 100% of the soon-to-be-former 100% worker-owned company to Lion Little World Beverages, an Australasian subsidiary owned by Japan’s Kirin Holdings.  Naturally, the news reports gush on at great length about how much the workers made by selling their ownership, but none of them mention the fact that they thereby cease to be owners.  They sacrifice all future benefits of ownership for a one-time gain.  In microcosm, the transaction represents the difference between being an owner and being a dependent of an owner.  As the slogan goes, “Own, or be owned.”
• Bad Beer Story II.  In a not incompletely unrelated story, Dr. Neil Reid, a professor of geography and planning at the University of Toledo (Ohio, we presume), noted in an article in the Wall Street Journal (“America’s Bad Taste in Beer Is Prohibition’s Legacy,” WSJ, 01/17/20, A-15), opines that the watered down pseudo Viennese lager that passed for beer prior to the rise of craft brewing in the U.S. was purely the result of the thirteen-year hiatus in brewing due to Prohibition.  There’s a good deal of merit in that, but let’s look at another possibility.  Dr. Reid says that America’s tastes changed in a little over a decade to the point where people refused to buy a beer with “body, aroma, taste and flavor” (Brewers Digest article, 1938).  Maybe, but as Amity Shlaes notes in her book on the Great Depression of
1930-1940, The Forgotten Man (2008), the New Deal had a definite bias in favor of Big Business and Big Government.  To compete with the large breweries that had no trouble getting financing, the smaller fry tried to duplicate the watered down androgynous product of the national breweries.  With a depression on, price was a big factor, and the cheaper a beer was to make, the better chance for the smaller brewer to compete on price for a similar product.  It might not have been changing tastes so much as changing incomes.  The way around this sort of thing, of course, is to make capital credit available in ways that 1) do not discriminate against enterprises on the basis of anything other than financial feasibility, and 2) that build consumption power into the customer base so that they can afford to purchase the quality products they really want . . . as the craft brewing movement amply demonstrated. 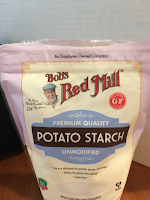 • Worker Ownership Mini Profile.  Last week we went hunting for potato starch to make “karaage,” that is, fried chicken the Japanese way, which requires dredging in potato starch for the very best results.  (Trust us.  Use potato starch.  It’s like a potato chip coating on the chicken.)  We looked in several stores and finally found a bag of “Bob’s Red Mill Potato Starch (Unmodified).”  When we started making the chicken, we noticed something we hadn’t seen when buying the package: “An Employee-Owned Company.”  That got us curious, so we looked up Bob’s Red Mill Natural Foods.  It turns out they have an ESOP, and really play up the worker ownership angle in their marketing: “Proudly Employee-Owned.  Just imagine showing up for work one day as a company employee and leaving as an owner. That dream came true for the employees at Bob’s Red Mill on Bob’s 81st   For those who know Bob, it's yet another example of his kind-hearted generosity. As Bob puts it ‘It was just the right thing to do. I have people that have worked with me for over 30 years and each and every one of them deserve this.’ You can rest assured that every Bob’s Red Mill employee is committed to sourcing, milling, testing, packaging, labeling and selling the finest products available. After all, it is our business.  It’s so obvious, it’s not. That thing you make — That thing you love — It should be a good thing. After all, isn't that the point? Isn't that why we're here? To help one another. To add something. To make folks a little happier, a little healthier for doing what you do? We are Bob’s Red Mill Natural Foods. Good Food for All.’”  We think we’re going to be using Bob’s Red Mill Potato Starch for a long time.  If you see a worker-owned company, whether ESOP, coop, or whatever, take a photo and send it in.  We’ll do a little research and put it in the news notes.

birthday. Rather than receiving gifts, he decided to give his greatest gift away — ownership in his business. Bob surprised all his employees by creating an Employee Stock Ownership Program (ESOP) and making everyone an employee-owner.

• Indian Ghost Towns.  No, we’re not talking Crazy Horse’s condominium, but the failure of developers in India to secure sufficient financing for pre-sold dwellings in upscale developments that are left incomplete.  This is a huge problem, as described in the Wall Street Journal (“India “Ghost Towns” Leave Middle Class in Debt,” WSJ, 01/17/20 A-16).  Lack of adequate credit to finish the job has left buyers hanging and standing to lose their down payments, while the developers may go bankrupt.  This is the problem with using existing savings to produce a marketable good or service.  The market can exist, the product is salable, the customers can even put down cash . . . but without credit, everyone stands to lose everything.  Unfortunately, throughout the world today, capital projects are starved for credit, while speculators, gamblers, and government get all the credit they need.
• Shop online and support CESJ’s work! Did you know that by making your purchases through the Amazon Smile program, Amazon will make a contribution to CESJ? Here’s how: First, go to https://smile.amazon.com/.  Next, sign in to your Amazon account.  (If you don’t have an account with Amazon, you can create one by clicking on the tiny little link below the “Sign in using our secure server” button.)  Once you have signed into your account, you need to select CESJ as your charity — and you have to be careful to do it exactly this way: in the space provided for “Or select your own charitable organization” type “Center for Economic and Social Justice Arlington.”  If you type anything else, you will either get no results or more than you want to sift through.  Once you’ve typed (or copied and pasted) “Center for Economic and Social Justice Arlington” into the space provided, hit “Select” — and you will be taken to the Amazon shopping site, all ready to go.
• Blog Readership.  We have had visitors from 26 different countries and 37 states and provinces in the United States and Canada to this blog over the past week. Most visitors are from the United States, the United Kingdom, Canada, India, and Spain.  The most popular postings this past week in descending order were “News from the Network, Vol. 13, No. 2,” “Backwards It Getting,” “EWTN Live and Ten Battles Everyone Should Know,” “New Things,” and “Rethinking Saving for Retirement.”
Those are the happenings for this week, at least those that we know about.  If you have an accomplishment that you think should be listed, send us a note about it at mgreaney [at] cesj [dot] org, and we’ll see that it gets into the next “issue.”  Due to imprudent language on the part of some commentators, we removed temptation and disabled comments.
#30#