In the previous posting on this subject, we looked at the “Currency Principle,” the fundamental assumption (obviously) of the Currency School that is the basis of virtually all modern economic thought.  We discovered that the Currency Principle can be stated very simply as the belief that the amount of money in the system determines the level of economic activity. 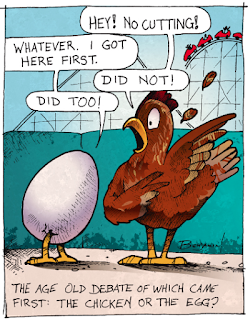 “Ah,” you might say, “How did you get the eggs or chickens in the first place?  Don’t they have to exist in the form of savings before you can even obtain them?”
Excellent question, and a good point — and it raises the issue of how we resolve the fundamental flaw in the Currency Principle and why the Banking Principle is more rational.
The fact is that the Currency Principle is based on what is called a “logical fallacy of equivocation.”  This is a fancy way of saying that somebody who commits a “logical fallacy of equivocation” has taken a word, phrase, or concept that means one thing in one set of circumstances, and another thing in a different set of circumstances, and claims that they mean the same thing.  It also goes the other way, that a word, phrase, or concept that means the same thing even in different circumstances is taken as meaning something different.
For example, take the word “fix.”  When you fix an automobile, you repair it so that it runs properly.  When you tell someone, “I’ll fix you!” you don’t mean you will repair him, but harm him in some way.  When you fix a horse race, you are cheating.  The exact same word in all three circumstances, but three very different meanings.
Thus, someone whom you ask to fix your car destroys it thinking that is what you wanted has committed a “logical fallacy of equivocation” and a tort, even a crime if the court decides he should have known the different meanings of the word “fix” and applied them reasonably, i.e., would a reasonable man whom you ask to fix your car have destroyed it, thinking that is what you meant?  Probably not, therefore a crime has probably been committed.
The logical fallacy of equivocation of the Currency Principle is the massive confusion regarding the concepts of saving and production . . . especially who or what is doing it.
You see, Currency Principle adherents are both right and wrong when they say that saving must precede production.  They are right that something must exist out of which something can be produced, but wrong that this is necessarily classed as “savings.” 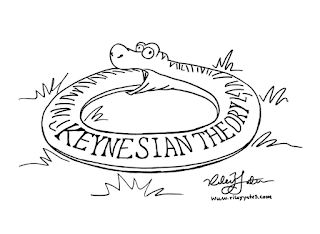 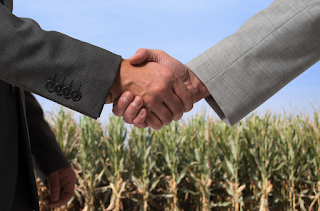 For example, a man (we’ll call him Smith)  comes to a town with only the clothes on his back and a solid character reference from a trusted authority.  He wants to be a farmer, and there is a good 160-acre farm for sale.  The current owner (whom we’ll call Jones) is tired of farming and wants to cash out and retire on the proceeds.
Smith goes to Jones and says, “I see you want to sell your farm for $100,000.  How much profit do you make every year from the farm?”
Jones says he makes a minimum $10,000 clear a year plus all the food, fuel, and clothing he needs, and the taxes are low, only $1,000 per year.
Smith says, “I offer you no money down, but $5,000 a year for 20 years, plus an annual rental of $2,000, to be decreased by 5% every year, paid after the crop is harvested and sold.  Here is a character reference from a trusted authority.”
Jones says, “It’s a deal.”
Smith was able to purchase Jones’s farm without the use of past savings using the Banking Principle.  Smith used savings, of course.  Instead of reducing his consumption in the past, however (past savings), he increased his production in the future (future savings).  Smith purchased a capital asset without having any savings now, and paying for it with the profits of the capital itself.
That is what it means under the Banking Principle to say that new capital can be financed without using existing savings.  In the next posting on this subject, we’ll look at how the Banking Principle developed.
#30#
Posted by Michael D. Greaney at 6:00 AM