It is becoming increasingly difficult to select news items for our weekly roundup.  Most of the news these days is about personalities, and we are trying to concentrate on facts as well as suggest solutions that don’t involve liquidating undesirables, such as our first item that would “cancel” some people for the benefit of all . . . presumably:


• “Cancel Billionaires”?  The Atlantic recently ran an article in which the author, Annie Lowrey” (a Staff Writer), bemoaned the fact that a miniscule number of people own vast wealth, while others subsist on a pittance or not at all.  As Lowrey argued in “Cancel Billionaires: Wealth Inequality Hurts Society,” great disparities in wealth and income are bad for society, therefore wealth should be taken from the wealthy and redistributed to the poor.  She does not claim that people like Jeff Bezos or Bill Gates, both of whom are “worth” (in dollar terms, not human) in excess of $100 billion, got their wealth illegally or immorally.  Rather, that being wealthy is in and of itself wrong, and they must be punished (although she carefully refrains from using that or similar terms) by having their wealth confiscated for the greater good; “[I]t is expedient for us, that one man should die for the people, and that the whole nation perish not.” (John 11:50.)  The problem, of course, is that simply confiscating every cent of Bezos’s and Gates’s wealth and redistributing it would only make the situation worse.  It also sounds a bit like a Mafia Don suggesting to his minions that a rival be “cancelled.”  Redistributing Bezos’s and Gates’s wealth would give each person in the world around $25, which is hardly the solution to anything other than how to pay for tonight’s dinner.  The problem is not that Bezos and Gates are wealthy, but that other people are not productive.  The only real solution to poverty and disparities in wealth is not redistribution, but to make non-productive people productive, and that can be done by helping them become owners of the capital that displaced their labor and made people like Bezos and Gates wealthy.  One possibility is Capital Homesteading.
• Federal Reserve Changes to Crystal Balls.  Shifting from Tarot Card readings to a crystal ball, the Federal Reserve announced it will be relying less on confusing existing data and trying to force results via other means, such as risk assessment . . . based on confusing existing data. . . .  In other words, instead of trying to interpret data, the Federal Reserve is shifting to risk management . . . which relies on interpreting data. . . .  Of course, all this would be moot if money creation were carried out only in response to feasible projects being monetized, and the whole Keynesian money manipulation strategy abandoned, but that would require governments to give up control of the money supply, which might mean prying it out of their cold, dead hands, as the saying goes.  Or, there could be a program of expanded capital ownership that takes power out of the hands of the politicians and puts it in the hands of the rest of us, letting the currently wealthy retain their current wealth, and politicians can start doing their jobs instead of ending up swinging from lamp posts.
• Negative Interest Rate Frenzy.  Greece has become the latest country to fall for the illusion that “negative interest rates” will force commercial banks to start lending to businesses and stimulate economic growth.  The idea is that charging a fee to commercial banks for reserves will make loans to businesses more attractive.  Unfortunately, it doesn’t work that way.  First, of course, loans aren’t made out of reserves.  That cash is called “reserves” because it is, well, “reserved,” i.e., set aside to meet outstanding obligations of the bank that are presented for payment.  Commercial banks don’t lend existing money, they create new money by accepting bills and notes for businesses purposes.  When a bank has “excess reserves,” it used to be restricted to making more, less secure loans.  These days, with the repeal of legislation prohibiting commercial banks from owning any securities other than government bonds and their own stock (and that only in treasury), commercial banks will invest their “excess reserves” in speculative securities, driving up the price of shares on the secondary market, and still leaving business starving for credit.  It’s not merely a bad strategy to charge negative interest rates, it’s actually destructive of economic growth. 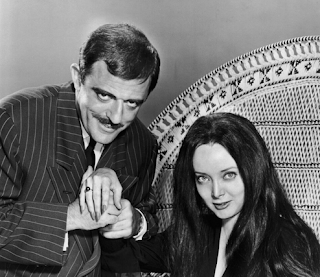 • Shop online and support CESJ’s work! Did you know that by making your purchases through the Amazon Smile program, Amazon will make a contribution to CESJ? Here’s how: First, go to https://smile.amazon.com/.  Next, sign in to your Amazon account.  (If you don’t have an account with Amazon, you can create one by clicking on the tiny little link below the “Sign in using our secure server” button.)  Once you have signed into your account, you need to select CESJ as your charity — and you have to be careful to do it exactly this way: in the space provided for “Or select your own charitable organization” type “Center for Economic and Social Justice Arlington.”  If you type anything else, you will either get no results or more than you want to sift through.  Once you’ve typed (or copied and pasted) “Center for Economic and Social Justice Arlington” into the space provided, hit “Select” — and you will be taken to the Amazon shopping site, all ready to go.
• Blog Readership.  We have had visitors from 29 different countries and 37 states and provinces in the United States and Canada to this blog over the past week. Most visitors are from the United States, Spain, Canada, the Philippines, and the United Kingdom.  The most popular postings this past week in descending order were “News from the Network, Vol. 12, No. 40,” “The End of Democracy,” “Money and the Invisible Hand,” “Money and Say’s Law of Markets,” and “Norman Kurland Before the Congressional Black Caucus.”
Those are the happenings for this week, at least those that we know about.  If you have an accomplishment that you think should be listed, send us a note about it at mgreaney [at] cesj [dot] org, and we’ll see that it gets into the next “issue.”  Due to imprudent language on the part of some commentators, we removed temptation and disabled comments.
#30#
Posted by Michael D. Greaney at 6:00 AM