Thus, the Currency Principle and the Banking Principle are direct opposites theoretically, and the picture does not improve when we get into practical applications.  The unavoidable corollary to the Currency Principle is that it is impossible to produce anything unless saving has first taken place . . . but that there cannot be any saving unless production has first taken place.
That, of course, is an unresolvable paradox, as we saw in the previous posting on this subject.  It does not mean, however, that production cannot be financed out of existing savings.  That is clearly not the case, for it is quite common to do so, although using existing savings to finance new capital formation is not the best way of doing so.
The main problem with the Currency Principle is not that it is impossible, for new capital is financed every day out of existing savings.  The problem is the belief that using past savings is the only way that new capital formation can be financed.  The Banking Principle admits both past and future savings can be used to finance new capital formation, but implies that past savings are best spent on consumption (so that production = consumption), and that future savings are best used to finance new capital formation.
Another thing that baffles adherents of the Currency Principle is to realize that financing new capital formation does not have to throw the system out of whack.  The ideal situation, of course, is that production = consumption.  This, in fact, is Adam Smith’s first principle of economics: “Consumption is the sole end and purpose of all production.”
“But” (you ask) “if you are investing in new capital, that isn’t consumption, it’s investment!  That means that production and consumption are not going to be equal!”
That is a very good point, but it’s also another example of a “fallacy of equivocation” that we saw in the previous posting.  It confuses the political and economic meaning of “consume” with the financial and accounting meaning of the same word.
In economics and politics, there are two kinds of goods: capital goods and consumer goods.  Capital goods are goods used to produce other goods, while consumer goods are those that are used to satisfy human wants and needs.  If you really want to get technical, capital goods satisfy human wants and needs indirectly by producing consumer goods that satisfy human wants and needs directly.
Thus (in a sense), capital goods and consumer goods both satisfy human wants and needs.  The former just do it indirectly, while the latter do it directly.  The Currency Principle therefore distinguishes between direct and indirect consumption, and implies that direct consumption and indirect consumption are qualitatively different, that is, that consumption means one thing when it is indirect, and another thing when it is direct.
This is the Medieval “potentiality versus actuality” argument all over again.  We won’t go through the thousands of pages of argument for this, however.  We’ll just note that, in certain circumstances, there is no qualitative difference between potential and actual, only a difference in degree.
For example, a child is as human, and is human in the same way as an adult, even though all the potentialities of being a human being have not developed in the child, and might never be developed, for whatever reason.  The child is still an actual human being, a potential adult, but not a potential human being.
And this relates to consumption . . . how? 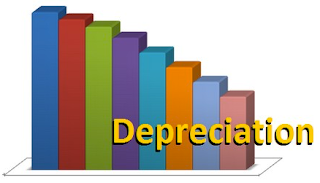 Where the Currency Principle assumes that consumption is different if it is direct or indirect, the Banking Principle simplifies matters and assumes that consumption is consumption — period.  Under the Banking Principle, capital goods and consumer goods are both produced in the same sense, and both are consumed in the same sense.
Yes, you call it by different terms, depending on the type of capital good you are consuming.  You might be “depleting your inventory of raw materials,” “depreciating your machinery,” “amortizing the cost of an asset over its useful life,” but these are all ways of saying you are consuming a capital good.
If that worries you, consider the fact that there are countless ways to refer to consuming goods directly to meet your wants and needs, e.g., just to describe “eating” we have a small selection of the different ways we have of saying it: consume, devour, ingest, partake of, gobble, gobble down, gobble up, gulp, gulp down, bolt, bolt down, wolf, wolf down, cram down, finish, finish off, swallow, chew, munch, chomp, champ, guzzle, nosh, put away, pack away, tuck into, tuck away, scoff, scoff down, demolish, dispose of, make short work of, polish off, shovel down, get stuck into, stuff one's face with, stuff down, pig out on, sink, get outside of, get one's laughing gear round, gollop, shift, scarf, scarf down, scarf up, snarf, snarf down, snarf up, inhale, ingurgitate . . . and that’s a short list.
The bottom line here is that, assuming that production is only for consumption, then the Banking Principle makes more sense than the Currency Principle.  That’s because the Currency Principle implies that some consumption isn’t the same as other consumption, while the Banking Principle implies that all consumption is the same, as long as it is consumed in some way.  Direct or indirect is irrelevant.
“But” (you ask) “what about the difference between consumption and investment?”
Another good question — and a very difficult one to answer, because there is almost always an extremely subtle fallacy of equivocation involved.
You see, investment is one of the reasons you consume something.  It doesn’t change the fact of consumption at all.  It only changes the reason for consumption.
Thus, if you are consuming a thing in order to satisfy your wants and needs directly, you are consuming in the economic sense, but not in the financial sense.  If you are consuming a thing in order to satisfy your wants and needs indirectly, you are consuming in the financial sense, but not in the economic sense.
See what we mean about this being a difficult question to answer?  Using the same word in its different senses just begs for economists to come along and confuse people even more.  Perhaps an example will help make things clear.
Smith, our new farmer from the previous posting on this subject, has just harvested a crop of corn.  Most of it he sells for the $10,000 cash it brings him.  Some of it he grinds into meal to bake his daily (corn) bread.  The rest of it he sets aside for use as seed next year.
Of the $10,000, Smith pays Jones $7,500 ($5,000 principal payment and $2,500 rental), and the government $1,000 (taxes).  He has consumed $8,500 and saved $1,500.  Of the cornmeal, Smith has saved it all, to be consumed over time as he makes his dinner.  The seed corn is saved until Spring planting, when he consumes it by putting it into the ground to grow a new crop.
Of the $7,500 Smith paid to Jones, $5,000 is investment (indirect consumption to produce other goods), and $2,500 is direct consumption (rental for the use of the land).  The $1,000 tax is direct consumption to meet the need to pay taxes (and stay out of jail).  The $1,500 savings will be spent over time to meet direct consumption needs requiring a cash outlay.  The cornmeal is (eventually) direct consumption, while the seed corn is investment — indirect consumption.
Note that in every case, whether the consumption is direct or indirect, it’s still all consumption.  All the goods produced (in this case the single good of corn) were consumed.  Production equaled consumption.  The consumption was called by different terms, but it was still consumption, one way or another.
Believe it or not, understanding what constitutes consumption is an important point in understanding money.  It is essential to our understanding of something called “Say’s Law of Markets,” which we will look at in the next posting on this subject.
#30#
Posted by Michael D. Greaney at 6:00 AM