All the “Big News” in the media is on things other than those affecting he Just Third Way, at least directly.  If you know something that you’re not telling us that you think should go into the weekly news roundup, of course, just drop us a line per the instructions at the bottom of this posting.  In the meantime: 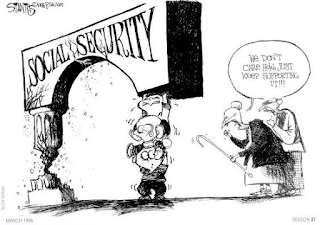 • Saving Social Security.  Yet another proposal has been put forth to “save” the Social Security system, again without considering the underlying flaws in the system itself.  In “How to Save Social Security?  Some Candidates are Looking at Your Capital Gains,” Yahoo Finance takes a look at attempts to bolster Social Security revenue by broadening the base of people paying in and the types of income subject to the tax.  The problem is that if the number of people paying in is increased, then the number of people eligible for benefits also increases, and the same problem remains: how to meet increasing demands on the system?  We, of course, advocate returning the Social Security system to its original purpose: a pay-as-you-go safety net, not a retirement savings plan (which it legally is not; no one owns what is in his or her account; what is paid in is a tax, not a contribution).  We advocate merging the Social Security tax into the general tax rate (thereby automatically broadening the tax base), keeping current promises, but making future qualification for benefits need-based, and instituting an intensive program of widespread capital ownership, such as Capital Homesteading. 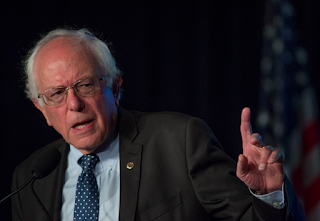 • A Nod in the Right Direction.  Bernie Sanders has announced a proposal to broaden the base of worker ownership in the United States.  As reported on the NCEO blog and in the mid-monthly bulletin of the National Center for Employee Ownership, Sanders wants workers to have up to 20% ownership of the companies that employ them.  When we first heard of this, there was no mention of paying for the shares, just a distribution to some kind of trust of newly issued shares that would grant beneficial (not direct) ownership.  As fleshed out in the NCEO blog, there is mention of a fund to assist workers in purchasing shares, so we are not talking direct redistribution, just veiled redistribution through the tax system.  Sanders gets points for supporting worker ownership and not forcing direct redistribution.  That being said, here in no particular order are the major problems with his proposal from the Just Third Way perspective: 1) It is still “past savings based.”  That is, the proposal covers only existing wealth, not future wealth. 2) Only workers are affected.  What about people who don’t work for private sector companies, can’t work, or don’t work?  Don’t they also have the right to own capital?  3)  Why only 20%  Why not 100%?  4) Why not direct ownership with the full rights of control and enjoyment of the fruits, i.e., full dividend payout, voting of shares, and right of free sale?  There are doubtless more, but we think that is enough to suggest to Sanders that he might want to modify his proposal to be more just and democratic. 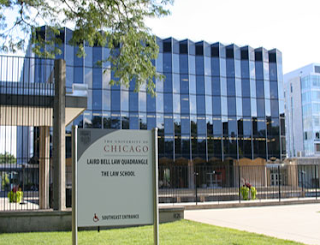 • University of Chicago Law School Gathering.  On Thursday, Dr. Norman Kurland, president of the interfaith Center for Economic and Social Justice (CESJ), attended a function given for alumni of the University of Chicago School of Law.  Norm met a number of fellow attorneys, and handed out some business cards, referring them to the CESJ website when they expressed interest.
• Publications.  Work proceeds apace on a small book on economic personalism.  No publication date has been set.
• Quarterly Board Meeting.  The CESJ Quarterly Board Meeting will take place Monday, October 21, 2019. 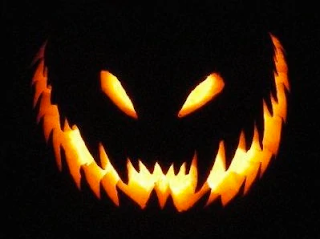 • Shop online and support CESJ’s work! Did you know that by making your purchases through the Amazon Smile program, Amazon will make a contribution to CESJ? Here’s how: First, go to https://smile.amazon.com/.  Next, sign in to your Amazon account.  (If you don’t have an account with Amazon, you can create one by clicking on the tiny little link below the “Sign in using our secure server” button.)  Once you have signed into your account, you need to select CESJ as your charity — and you have to be careful to do it exactly this way: in the space provided for “Or select your own charitable organization” type “Center for Economic and Social Justice Arlington.”  If you type anything else, you will either get no results or more than you want to sift through.  Once you’ve typed (or copied and pasted) “Center for Economic and Social Justice Arlington” into the space provided, hit “Select” — and you will be taken to the Amazon shopping site, all ready to go.
• Blog Readership.  We have had visitors from 28 different countries and 43 states and provinces in the United States and Canada to this blog over the past week. Most visitors are from the United States, Spain, the United Kingdom, Canada, and India.  The most popular postings this past week in descending order were “Financial Disaster,” “News from the Network, Vol. 12, No. 41,” “Thomas Hobbes on Private Property,” “War and Depression,” and “Opening the Door for Capital Homesteading.”
Those are the happenings for this week, at least those that we know about.  If you have an accomplishment that you think should be listed, send us a note about it at mgreaney [at] cesj [dot] org, and we’ll see that it gets into the next “issue.”  Due to imprudent language on the part of some commentators, we removed temptation and disabled comments.
#30#
Posted by Michael D. Greaney at 6:00 AM