There is an old joke when someone says money is not the most important thing in the world.  Love is . . . it just so happens that the one telling the joke loves money. . . .


Unfortunately, as anyone with a passing familiarity of the Bible can tell you, love of money (as Saint Paul wrote to Timothy) is the root of all evil.  Money is a thing, an essential tool to economic activity, but it is not itself economic activity.  You cannot eat it, drink it, or wear it.  You cannot even burn it to keep warm or cook your food.
That is because money as money is a symbol, not a thing with a physical existence of its own.  It is an abstraction, an idea that has no existence independent of the human minds that create it.
Some people will reasonably ask, “What about this dollar bill or pound note?  Those are physical objects, and while we cannot eat or drink them — usually — we can burn them, even wear them if we fashion clothing out of them.”
That is a good question, but it does not change our position.  A dollar bill or a pound note — or anything else used as money — is not the actual money, but a symbol for money, just as money is itself the symbol of a thing or things of value.
Dollar bills, pound notes, gold doubloons, silver pesos, etc., have no value as money unless they stand for something of value; they are symbols of a symbol.  The material out of which they are made might be valuable, sometimes very valuable, but not when taken as money alone unless the money-as-money itself represents something of value. 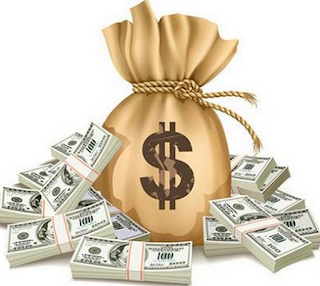 Money thus appears to be something very esoteric and arcane.  It is not, however, as mysterious as the people who control money (usually for their own benefit) would have the rest of us believe.  Money is actually very easy to understand, once we get past the myths and mystery with which the sciences of economics and finance have been surrounded, often not by people with bad intentions, but certainly with very bad ideas.
What, however, is money?
Most simply put, money is anything that can used to measure, and to represent, the value of whatever is offered to satisfy a debt, or is exchanged in the marketplace.  Money can take many forms (including financial contracts), depending on how people exchange things they own or reasonably expect to acquire.
Money is therefore a means for securing each person’s fundamental and natural right to acquire private property, private property being the right to the fruits of, and control over what a person owns.  Thus, money is a social tool, an artifact invented to facilitate economic transactions. 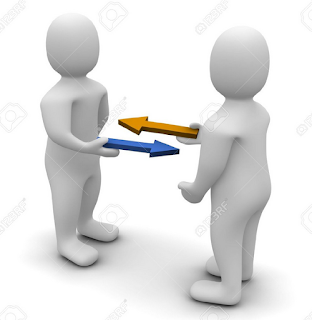 Like any tool, money can be used justly or unjustly.  It can be used by those who control it to suppress the independence and human potential of others.  If everyone is able to use money, it can assist in achieving economic liberation and universal prosperity by financing capital ownership for every citizen and opening up equal access to the market.
Most economists will explain that money is:
(1) a medium of exchange,
(2) a store of value,
(3) a standard of value, and
(4) a common measure of value.
Many people think that money and currency are equivalent terms, and even the best authorities sometimes use the terms interchangeably.  Money, however, can be anything, even a verbal commitment to deliver something of value.  Currency is a uniform and — ideally — stable form of money that is recognized as such within the economy where is circulates.  Such “current money” (hence “currency”) involves a “commonly recognized determination of value, often regulated, but need not be created, by government.”
Delving a little deeper into the question, lawyer-economist Louis Kelso illuminated the nature of money.  He understood the impact of contracts, private property, and credit arrangements on the economic system. That is, he recognized that money is, ultimately, a social tool for measuring values used for the exchange of property rights.  As he explained,
Money is not a part of the visible sector of the economy; people do not consume money.  Money is not a physical factor of production, but rather a yardstick for measuring economic input, economic outtake and the relative values of the real goods and services of the economic world.  Money provides a method of measuring obligations, rights, powers and privileges.  It provides a means whereby certain individuals can accumulate claims against others, or against the economy as a whole, or against many economies.  It is a system of symbols that many economists substitute for the visible sector and its productive enterprises, goods and services, thereby losing sight of the fact that a monetary system is a part only of the invisible sector of the economy, and that its adequacy can only be measured by its effect upon the visible sector. (Louis O. Kelso and Patricia Hetter, Two-Factor Theory: The Economics of Reality. New York: Random House, 1967, 54.) 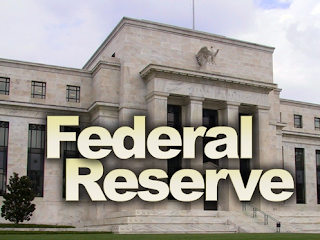 Creating money using commercial banks and a central banking system (such as the U.S. Federal Reserve System) is not supposed to be a secret guarded by an élite financial priesthood.  Given that an economy is supposed to operate for the benefit of every person, the financial system should be designed to benefit everyone by allowing money to be created or cancelled as needed by the economy.
Assuming a well-designed financial system, there would never be too little money (resulting in deflation) or too much money (causing inflation).  For example, the House Banking and Currency Committee, in its publication, A Primer on Money (August 5, 1964), noted:
When the Federal Reserve Act was passed, Congress intended [the purchase of “eligible paper” by issuing promissory notes] to be the main way that the Federal Reserve System would create bank reserves. . . . When this practice was followed, the banks in a particular area could obtain loanable funds in direct proportion to the community’s needs for money.* But in recent years [i.e., from 1933 to 1964], the Federal Reserve has purchased almost no eligible paper (p. 42).When the Federal Reserve System was set up in 1914 . . . the money supply was expected to grow with the needs of the economy. . . . It was hoped that by monetizing “eligible” short-term commercial paper, by providing liquidity to sound banks in periods of stress, and by restraining excessive credit expansion, the banking system could be guided automatically toward the provision of an adequate and stable money supply to meet the needs of industry and commerce. . . . To safeguard their liquidity and provide a base for expansion, the member banks . . . could obtain credit from the nearest Federal Reserve bank, usually by rediscounting their “eligible paper” at the bank — i.e., . . . selling to the Reserve Bank certain loan paper representing loans which the member bank had made to its own customers (the requirements for eligibility being defined by law). If necessary, the member banks might also obtain reserves by getting “advances” from the Federal Reserve bank (p. 69).
*This is slightly misstated.  Commercial banks do not obtain loanable funds by rediscounting eligible paper at the central bank.  Commercial banks create funds by making loans secured by eligible paper.  By rediscounting a commercial bank’s eligible paper, a central bank increases commercial bank reserves to meet the outstanding obligations of commercial banks, not increase loanable funds.
In other words, under a central banking system as originally designed, businesses or other productive enterprises would obtain loans at their local commercial bank, a process called “discounting.”  The commercial bank, in a process known as “rediscounting,” would then sell the qualified loan paper of the business to the central bank.  This would create an “elastic,” asset-backed reserve currency to stabilize the economy and facilitate commerce.
Naturally, this is not the way the system is currently operating, which we will address in the next posting on this subject.
#30#
Posted by Michael D. Greaney at 6:00 AM