We are not entirely sure of which of the minor deities governs when Friday the thirteenth pops up, but it’s our own fault that it occasionally coincides with the weekly Friday news roundup.  As events demonstrate, however, there is no connection between bad luck and what day of the week or even number it is, since there seems to be a number of good things happening: 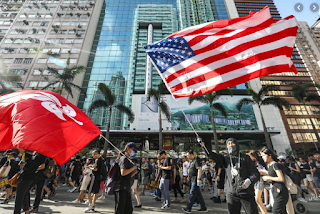 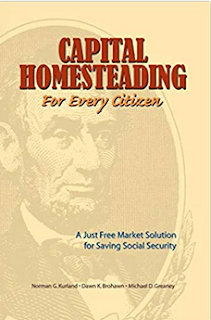 • Warren’s Social Security Solution.  Elizabeth Warren wants to raise the Social Security tax and increase the wage income subject to the tax.  This, she believes, will make the program solvent for a few decades and permit an increase of $200 per month in benefits.  A few problems, however.  It would be better to merge the separate Social Security tax into the general tax rate, thereby exempting the very poor and automatically taxing the rich at a higher rate. As it is, the poor pay Social Security tax from the first dollar they earn with no exemption and only on wage income. The income of most wealthy people is not in the form of wages anyway, which exempts them from Social Security tax regardless how high the rate is. It's a stupid system and badly needs reform in the form of Capital Homesteading.
• Shop online and support CESJ’s work! Did you know that by making your purchases through the Amazon Smile program, Amazon will make a contribution to CESJ? Here’s how: First, go to https://smile.amazon.com/.  Next, sign in to your Amazon account.  (If you don’t have an account with Amazon, you can create one by clicking on the tiny little link below the “Sign in using our secure server” button.)  Once you have signed into your account, you need to select CESJ as your charity — and you have to be careful to do it exactly this way: in the space provided for “Or select your own charitable organization” type “Center for Economic and Social Justice Arlington.”  If you type anything else, you will either get no results or more than you want to sift through.  Once you’ve typed (or copied and pasted) “Center for Economic and Social Justice Arlington” into the space provided, hit “Select” — and you will be taken to the Amazon shopping site, all ready to go.
• Blog Readership.  We have had visitors from 31 different countries and 41 states and provinces in the United States and Canada to this blog over the past week. Most visitors are from the United States, Canada, Philippines, India, and Spain.  The most popular postings this past week in descending order were “A Few Thoughts on Solidarity,” “News from the Network, Vol. 12, No. 36,” “A Yoke Almost of Slavery,” “An Unbelievable Decision,” and “Norman Kurland on Russell Williams’s The Challenge.”
Those are the happenings for this week, at least those that we know about.  If you have an accomplishment that you think should be listed, send us a note about it at mgreaney [at] cesj [dot] org, and we’ll see that it gets into the next “issue.”  Due to imprudent language on the part of some commentators, we removed temptation and disabled comments.
#30#
Posted by Michael D. Greaney at 6:00 AM