A CPA’s Perspective on Pope Francis

As a Certified Public Accountant, this writer has carried out audits on a number of organizations.  This is not a Bad Thing for the organization or institution being audited.  As we CPAs are aware, although people often express fear and even terror of an audit, our job is actually something similar to a medical checkup for an organization.  Yes, like physicians we can be called in when something is wrong, but it’s better to have regular checkups to see how you’re doing and see if there’s something you should be doing better or differently.


That’s why we CPAs might have a tip or two for Pope Francis, head of the Catholic Church.  His organization, while it has many strengths, also has a number of problems that need resolution, so let’s come up with a few suggestions to guide a reform program.
Yes, we know “reform” is something of a dirty word in religious circles, but it’s still a legitimate term, and abuse does not invalidate use.  Plus, nothing we’re going to suggest touches religious doctrine, which we CPAs aren’t concerned with professionally, only personally.  So, what’s our first suggestion?
At the top of the list is an audit of the Vatican by an independent (i.e., non-Catholic) accounting firm with management consulting expertise.  This would be purely administrative, and none of the recommendations would be binding, but an objective assessment of the organization as an organization, not as a religion, is essential.
For one thing, although a religion is not a business, it must be run in a businesslike way.  For example, if X amount has been budgeted for charitable giving, then don’t give X plus Y without going through channels.  After all, that Y might have been budgeted to pay salaries or benefits, and you aren’t really helping the poor by making more people poor.
According to news reports, the Vatican has been operating at a rather large deficit for a few years, and what with the various scandals, etc., contributions and other revenue is down.  For one thing, reports are that rental fees on Church-owned properties in the city of Rome are often not collected.  This needs to be corrected.  If a tenant is getting space rent free as charity, fine — but make certain it’s really charity that’s intended as such, and not just someone getting a free ride at others’ expense.
Then there’s cost-cutting.  Evidently there have been some efforts along that line, but every time some position is eliminated, some commentators scream that Pope Francis is dismantling John Paul II’s legacy or something.  There was, for example, an institute that was intended to have a staff of five, but which ended up with over two-hundred people on the payroll.  Featherbedding?  An audit might be useful to see how much deadwood there is in some of the  offices, and even whether a particular office needs to be there.  What about outsourcing?  Is it a ludicrous or feasible suggestion?  This should be checked out. 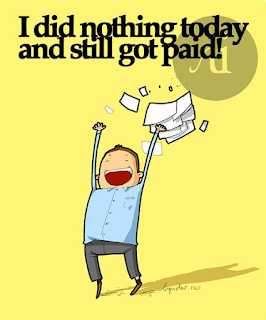 Near the top of the list is staffing.  There’s an old joke — apocryphal — that when John XXIII was asked how many people worked at the Vatican, he absentmindedly said, “Oh, about half.”
The problem is that it might not be quite that many.  In a two-thousand year old bureaucracy, there might be one or two unnecessary positions, whether we’re talking a business, a religion, or a government.
Then there’s the problem of people angling for advancement.  We’ve heard an unverified rumor that there are actually people at the Vatican pushing for Pope Francis to resign because they think they’ve got a shot at the job.  And when people are trying to get someone else’s job, they aren’t going to be doing their own, or will do their own in a way that will advance their personal interests, and not those of the organization.
And that’s a problem that is not easily solved.  The Turkish sultans, who also headed both Church and State, tried to solve it by relying on eunuchs, who could not be sultan.  All that meant, of course, was that the eunuchs would compete with the military and the businessmen to see who would control the sultan without being the sultan.  Guess how they controlled Selim the Drunk, son of Suleiman the Magnificent?
So here’s a really wild idea: staff the Vatican in non-priestly positions with people who don’t have a shot at the pope’s job.  Is there any reason, after all, why (for example) the Secretary of State has to be a priest?  Or even a male?  We understand that women these days hold some responsible positions.  Some countries even allow them to be seen in public and to drive automobiles!  Next thing you know, they’ll be wanting to vote.
And why does any position have to be permanent?  We understand that the important positions come up for review every five years or so.  Why not make continuing in a position the exception rather than the rule?  Filling as many positions as possible with lay Catholics who only have a few years on the job would inhibit people angling for the pope’s job and might actually speed things up a bit.
And why do they need to be paid?  There are thousands, if not millions of retired men and women with ample private means who would jump at the chance to finish off their careers with a five-year stint at the Vatican, even as a clerk or administrative assistant of some kind.  There are also potentially millions who wouldn’t mind starting out their careers by working at the Vatican, even for nothing: it would look very good on a résumé, and even living on the economy in Rome would be cheaper than most colleges these days.
But what would you do with all the priests who would become unemployed?  Well . . . why not find them parishes?  We hear there’s some kind of priest shortage.  Nobody needs to lose a job without getting another.
The big suggestion, however, is one that even many CPAs miss giving.  It’s never enough to cut costs.  You have to increase revenue.  For a religion, that means having more people contribute more money.
That is not as crazy as it sounds.  Since Pope Leo XIII issued Rerum Novarum in 1891, it has been on the books of the Catholic Church’s social program to promote expanded capital ownership.  More people being capital owners would mean more people with more money — and with more money to give, and fewer to receive.
That’s why we recommend that Pope Francis might want to look into Capital Homesteading or something similar as an application of Catholic social teaching.  It certainly couldn’t hurt.
#30#
Posted by Michael D. Greaney at 6:00 AM