A few days ago we commented on a pair of articles that appeared on the website of Catholic World Report.  The articles were “Thomism and Political Liberalism, Part I,” and “Thomism and Political Liberalism, Part II” by Dr. Joseph G. Trabbic, Associate Professor of Philosophy at Ave Maria University.  We thought the articles were okay, but could have been better, so we offered a comment: 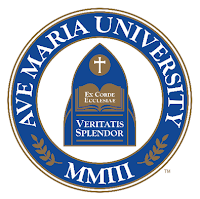 After reading this and the previous article, I see the seeds of some confusion, as there is no real distinction made between the different types of liberal democracy, categorized somewhat loosely by Alexis de Tocqueville as “French”, “English”, and “American”, depending on what one means by “person” and “sovereignty of the people.” Broadly speaking, the popes have approved of the “American” type that vests sovereignty in the human person under God, criticized the “English” type that puts sovereignty in an élite, and condemned the “French” type that puts sovereignty in the collective. There needs to be more clarity on this in discussions.
Now, despite the fact that we were merely offering an opinion, suggesting that there should be some kind of acknowledgement that there might be more aspects of the question than were covered in the articles, we upset someone.  Possibly we upset a number of someones, but only one of them was worked up enough to issue a chastisement to us.  Using the screen name “Thaddeus” (not, to the best of our knowledge, a pseudonym for Dr. Trabbic . . . unless he comments in a substantially different style than he writes and looks a whole lot different), commented,
As D.C. Schindler makes clear in his new book, “Freedom From Reality,” American liberalism is essentially Lockean, and Lockean liberalism is the most pernicious of them all. The Popes certainly include American liberalism in their condemnation. This idea that America is the “good” liberalism is whiggish ideology and old hat, more appropriate to the 80s and 90s First Things ideology, but since then, completely refuted by the likes of Schindler, MacIntyre, Hanby, Deneen, etc. Even First Things doesn’t hold to this Novak-Neuhaus-Murray-Maritain nonsense anymore.
Correction: not to get snarky, but Freedom from Reality: The Diabolical Character of Modern Liberty (2017) is by D.L. Schindler, not D.C.  We looked up the book, skimmed through it, and were not particularly impressed with the arguments, which appeared to assume that “liberalism” is monolithic, and means more or less the same thing in all circumstances.
Nor did the label “diabolic” in the subtitle strike us as particularly open or welcoming to scholarly discussion or debate.  Sort of off-putting, as it were.  A trifle close-minded, even a mite hostile.
We do not say this lightly.  Some time back we spoke with Dr. Schindler and presented him with a brief synopsis of the Just Third Way.  He appeared friendly during the conversation, but avoided any follow-up.  After we sent him material explaining our positions in greater depth, he requested that we not send him any more.  This is just an impression, but he seemed uncomfortable about what we were saying, but without being able to specify what was bothering him.
At least Dr. Schindler was probably civil by his lights, which is not how “Thaddeus” came across.  Not following Mark Twain’s advice about keeping your mouth shut and being thought a fool rather than opening it and removing all doubt, where Dr. Schindler remained silent, “Thaddeus” relied on a string of assertions bordering on insulting to make his case.
Now, it is possible that having the word “nonsense” applied to what we said annoyed us, especially when no argument was made and no evidence presented to support the assertion.  Naturally we could not let the matter rest there, so we responded with another comment disputing “Thaddeus’s” assertions.
We weren’t satisfied with our response as we had to leave out a great deal, i.e., facts and figures, proper cites, arguments, and so on.  Not by chance we have them all ready, for we have a book almost ready to come out in part summarizing what we have been uncovering about the real story of how Catholic social teaching developed (spoiler: it is neither capitalism nor socialism, although adherents of each seem to think we are advocates of the other), and another book in preparation presenting our case in much greater depth.
What we present here, then, is a brief synopsis of the summary, using our response to “Thaddeus” as an outline.  Anyone who thinks more explanation is needed — be patient.  We hope the (relatively) short summary will be published and available before the end of October, and the longer study (with luck) early next year.
First off, we need to address “Thaddeus’s” claim that “American liberalism is essentially Lockean.”  Close — but no cigar.  Then there is the statement that “Lockean liberalism is the most pernicious of them all.”  This suggests an unfamiliarity with what John Locke actually said and how it correlates with Catholic thought, social and otherwise.
According to some authorities, the primary influence on America’s Founding Fathers was not John Locke (1632-1704), but Algernon Sidney (1623-1683) — with some important input from Saint Robert Bellarmine (1542-1621).  Admittedly, as far as most people are concerned, there is no difference between Locke and Sidney (and most people today generally do not know too much about Bellarmine), but there is one, at least.  Locke was violently anti-Catholic in all matters, while Sidney claimed to agree with Catholic political philosophy as stated by Bellarmine but rejected Bellarmine’s Catholic religious principles.
At the same time, Locke’s and Sidney’s principles were in fundamental agreement — and therein lies a tale we will take up in our next posting on the subject.
#30#
Posted by Michael D. Greaney at 6:00 AM