On April 14, 1865, an actor by the name of John Wilkes Booth (1838-1865) entered Ford’s Theater in Washington, DC during a performance of Our American Cousin featuring Laura Keene (1826-1873) in the role of “Florence Trenchard.”  Booth, a pro-slavery Confederate sympathizer, shot and mortally wounded President Abraham Lincoln (1809-1865) four days after the surrender of the Army of Northern Virginia under Robert Edward Lee (1807-1870). 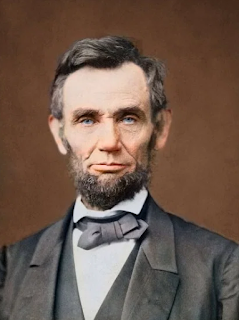 Lincoln’s assassination did more than deprive the United States of a leader at a crucial time and ensure that rebuilding the country would take a distant second to revenge and the chance to make fortunes out of Reconstruction.  It may very well have sabotaged the implementation of a full economic and social program consistent with Catholic social teaching.  The next attempt would be delayed for nearly a century before gaining even a toehold.
A program had been partially implemented with Lincoln’s 1862 Homestead Act.  By the terms of the Act, anyone over the age of twenty-one and a U.S. citizen or with the stated intention of becoming a citizen, could obtain access to a quarter section (160 acres) of land on payment of a $6.00 filing fee.
The Homesteader was required to construct a 9 x 12 shelter, prove the land (e.g., put in a crop), and hold it for five years.  At the end of the term he — or she; widows were all-too common following the Civil War, and the Act made no distinction regarding sex or race — would be granted title.
As might be expected, there were a number of abuses.  These included operators of large ranches having their hands file on water sources and then have them sign over title at the end of the five-year period, Homesteaders constructing a shelter measuring 9 x 12 inches (the law simply stated “9 x 12” without specifying 9 x 12 what), or underage candidates writing “21” on a piece of paper and putting it in their shoes, thereby allowing them to swear truthfully they were “over 21.”
By and large, however, the system worked as intended, and the Homestead Act is still considered one of the greatest economic legislative initiatives in history.  Over 600,000 claims were filed while the Act was in force.  There were two serious problems with the system, but they had nothing to do with the concept itself or even bureaucratic or individual efforts — many of them quite successful — to circumvent the system. 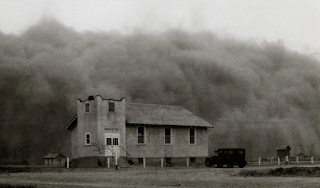 The main problem was that the Homestead Act covered only a single type of capital and that in limited supply: land.  Added to that was the fact that prior claims to the land, such as those of Native Americans and holders of Spanish land grants, were often ignored.
There was also the problem that the land itself was sometimes unsuitable for agriculture, being better adapted for grazing, as the millions of buffalo that once roamed the plains demonstrated.  This would be a major cause of the “Dustbowl” of the 1930s.  That, however, was not the fault of the concept or even the system, but the failure to employ capital properly.
The second major problem with the Homestead Act was that financing for development of the homesteads and smaller businesses that sprang up was limited to the supply of existing savings.  Savings were being rapidly depleted both to finance development by small farmers and businesses, and to repay debts incurred during the Civil War.
To add to the problem of relying on existing savings for financing, the Civil War had been initially financed with debt instead of increased taxes.  Secretary of the Treasury Salmon Portland Chase (1808-1873) wanted to be president and raising taxes would have been unpopular.
By the time raising taxes was inevitable (and even more unpopular), $2.64 in the new United States Notes (“Greenbacks”) backed by government debt was needed to purchase $1.00 in gold, at least officially.  Black market rates for gold and silver were usually much higher.  The National Bank Notes introduced under the National Banking Act of 1863 (superseded 1864) were also backed with government debt and thus also inflationary.
Consequently, there was at first an official, then unofficial policy of deflating the paper currencies in order to restore parity with gold, so that $1 in gold and $1 in paper would be valued the same.  As a result, the only financing available for most Homesteaders and small businesses was a mortgage loan, almost exclusively with interest-only during the term, and a balloon payment of principal at the end.  Typically, Homesteaders would refinance when the balloon payment came due.
Balloon payment mortgages often brought about the paradox of Homesteaders becoming virtual tenants-at-will on land to which they held legal title.  Missing even a single interest payment could result in the loan being called, with all interest and principal coming due immediately, and the owner losing the land.  Only the fact that most bankers did not want the land but their depositors’ money back and were usually more than willing to extend more time and even reschedule interest payments kept the system running.
Ironically, large ranchers, the railroads, and other big business had no trouble financing development.  Although often using seed money from Europe to get started and provide collateral, larger concerns were able to finance with bills of exchange with low rates of discount instead of mortgages with high rates of interest.  This is because the National Banks and most state banks functioned as commercial banks as well as mortgage banks.
Lincoln, however, had given indications that he understood the weaknesses in the Homestead Act.  He was well aware that land is not the only form of capital.  Nor was he ignorant about money and credit or blind to the dangers inherent in relying on a reserve currency backed by government debt.  He had a war to win, however, and gave Chase a free hand in raising the money to do so — to the ultimate cost of the country.
That does not change the fact that a financial system that limited most people to past savings as the source of financing for economic development was, to Honest Abe, a system that prevented most people from becoming rich.  Had Lincoln lived, there are indications that he would have corrected the flaws in the banking and financial system in short order and extended the provisions of the land-based Homestead Act to the rapidly expanding industrial and commercial frontier as well, with adequate financing available for everyone.
When John Wilkes Booth pulled the trigger and murdered Lincoln, he not only killed one of the greatest leaders America has ever seen.  He also laid to rest the dreams of future generations for a life consistent with the founding principles of the United States as well as with the new field of Catholic social teaching.
#30#
Posted by Michael D. Greaney at 6:00 AM