With most of the news this week focused on people saying and doing things that are of little or no interest to the Just Third Way of economic personalism, this week’s news items may seem a trifle removed from reality . . . at least for those readers who think that what the media report has any resemblance to reality.  For a small dose of the real thing, then, we present this week’s news items: 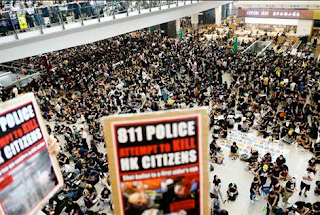 • Hong Kong.  It is difficult to get any real news from the media these days, but Hong Kong does seem to be the place to watch if you’re interested in something that could develop along Just Third Way lines.  It is, of course, essential that the protestors demand the right things.  That does not mean abandoning their current demands, but in getting a little more explicit about what they want.  For example, if they demand — and get — a democratization of “money power,” political power will follow.  When every child, woman, and man can gain an independent income from labor, capital, or both, the hold of the Communist Party will be loosened, perhaps permanently, as it was by the rise of Solidarność in Poland.  It is essential to have a unified vision of the desired goal, however.  For Solidarność, this was provided by the Catholic Church, with the election of Karol Józef Wojtyła as Pope John Paul II the trigger that set off the downfall of the Soviet Union.  In Hong Kong, the trigger event is currently taking place.  What they need now is a clear and consistent vision to follow through with, which the Just Third Way just might provide.
• John Henry Newman.  Pope Francis’s July 1, 2019 announcement that he would “canonize” John Henry Newman on Sunday, October 13, 2019 set off a flurry of speculation about Newman by individuals and groups anxious to use Newman to endorse their particular positions.  (By the way, “canonization” does not make anyone a saint.  Canonization means “adding to the list.”  It is an official recognition by the Catholic Church that someone is believed to be a saint.  It does not turn him or her into one.)  Both liberals and conservatives are trying to stake out a claim, so it seems reasonable that we should, also.  Judging from Newman’s writings and the events of his life, we think he would have been very open to the Just Third Way.  After all, a lot of the trouble he experienced in his life came from the socialists and the modernists, all of whom had an ax to grind against anyone who preferred to reason things out rather than react emotionally.  For example, did you know that Newman’s troublesome (and expensive) brother Charles was a socialist, as was Charles Kingsley, whose vicious and unprovoked attack on Newman led to Newman’s defending himself in his best-known work, Apologia Pro Vita Sua (1864)? 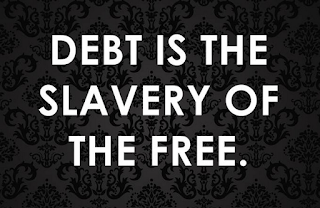 • Questions on Credit.  Many people today are still confused about the different kinds of credit.  Capital credit and consumer credit are two very different things. Capital credit is credit used to purchase productive assets that pay for themselves out of their own future earnings and then yield income for consumption. Consumer credit (credit cards) is credit used to purchase goods that are consumed, and that do not pay for themselves. Consumer credit must be paid for out of other income, not income generated by what was purchased.
• Dignity, Freedom, and Power. You may or may not recognize the latest incarnation of the manuscript that started out as A New Personalist Manifesto, and became An Introduction to Economic Personalism, Power and Justice, Power Through Justice, Scotch With Just Ice, Dignity, Power, and Justice, and a few others we’ve forgotten.  The latest iteration is Dignity, Freedom, and Power, and we may be in the final stretch, at least for the first draft before it goes to our mentor and guide on all things relating to Karol Józef Wojtyła/Pope John Paul II and Solidarność.  With luck, copies may be available by the end of October.  Of this year. 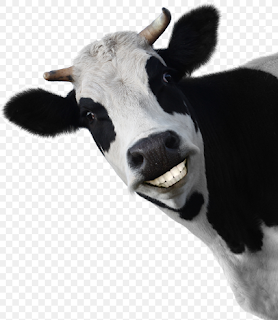 • Shop online and support CESJ’s work! Did you know that by making your purchases through the Amazon Smile program, Amazon will make a contribution to CESJ? Here’s how: First, go to https://smile.amazon.com/.  Next, sign in to your Amazon account.  (If you don’t have an account with Amazon, you can create one by clicking on the tiny little link below the “Sign in using our secure server” button.)  Once you have signed into your account, you need to select CESJ as your charity — and you have to be careful to do it exactly this way: in the space provided for “Or select your own charitable organization” type “Center for Economic and Social Justice Arlington.”  If you type anything else, you will either get no results or more than you want to sift through.  Once you’ve typed (or copied and pasted) “Center for Economic and Social Justice Arlington” into the space provided, hit “Select” — and you will be taken to the Amazon shopping site, all ready to go.
• Blog Readership.  We have had visitors from 30 different countries and 47 states and provinces in the United States and Canada to this blog over the past week. Most visitors are from the United States, Spain, India, Canada, and the United Kingdom.  The most popular postings this past week in descending order were “Is Liberty Diabolical?,” “News from the Network, Vol. 12, No. 38,” “Solving Homelessness with Louis Kelso,” “Thoughts on Money,” and “The Purpose of Production.”
Those are the happenings for this week, at least those that we know about.  If you have an accomplishment that you think should be listed, send us a note about it at mgreaney [at] cesj [dot] org, and we’ll see that it gets into the next “issue.”  Due to imprudent language on the part of some commentators, we removed temptation and disabled comments.
#30#
Posted by Michael D. Greaney at 6:00 AM