How Finance Really Works in Theory

In the previous posting on this subject, we looked at why Modern Monetary Theory (MMT) is illogical.  Specifically, it relies on a mathematical impossibility, i.e., having one equation with three dependent variables.  The bottom line is that in the Quantity Theory of Money equation, M x V = P x Q, V, P, and Q determine M, not the other way around as MMT adherents maintain.  If you manipulate M, all you do is screw up the system so that Say’s Law of Markets won’t function.


Not unexpectedly, adherents of MMT rejected the analysis, although those we heard from were careful not to address the mathematical proof of what we said.  Instead, they zeroed in on a related comment — to be addressed in full in a future posting on this subject — to the effect that the Keynesian money multiplier is utter nonsense.  Because we gave no support for that statement (having made our case in numerous previous postings), they felt themselves on safe ground.
We will therefore once again demonstrate the fallacy of the Keynesian money multiplier, but (again) it will have to be in a future posting on this subject.  This is because if someone does not understand how the science of finance really works, he (or she) will not understand the fallacy of the Keynesian money multiplier.
To begin, there are two ways to finance new capital formation, which is the only thing we’re looking at.  Yes, consumer spending is important — Say’s Law of Markets can’t operate without both halves of the production/consumption equation — but we’re looking at 1) how new capital can be financed, 2) in ways that create new owners of capital.
We are not concerned with non-productive finance, such as funding government or consumption.  That is a different area.  One thing at a time.  Raising side issues calls to mind the scene in the musical play 1776 in which one of the delegates asks why the draft Declaration of Independence that is being shredded during discussions doesn’t include any mention of deep sea fishing rights.  The John Adams character (played by William Daniels on Broadway and on screen) stares for a moment, then explodes in yet another tirade.
So, what are the two ways in which new capital formation can be financed?
·      Past Savings.  This is the fundamental assumption of Keynesian economics, viz., that new capital formation can only be financed by producing more than is consumed and accumulating the excess in the form of money savings.  That is, the all-important savings can only be generated by reducing consumption in the past.
·      Future Savings.  This is the fundamental assumption of Say’s Law of Markets, viz. that new capital formation can be financed by making a promise to pay for the new capital out of the future profits of the capital itself.  That is, the all-important savings can be generated either by reducing consumption in the past or by increasing production in the future.
The past savings method of finance is the easiest to understand, and thus makes the most persuasive case for the Keynesian paradigm.  Nor is it incorrect.  The problem is not in the method itself, but in the assumption that it is the only way to finance new capital formation.
Using past savings as the sole source of financing leads to an automatic dysfunction of Say’s Law of Markets, which can be summarized as “Production equals income, therefore supply creates its own demand, and demand its own supply.” 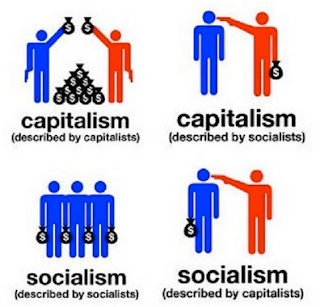 The difficulty with Say’s Law in the past savings paradigm is that production equals income, true, but not all income is spent on consumption, and therefore not all production is consumed.  Enough income (production) must be set aside to finance new capital formation.*
*The fact that financing new capital formation is itself a form of consumption from the supplier’s point of view is ignored in Keynesian economics and other Currency Principle schools.  There is also the issue of how production in excess of current consumption is supposed to be turned into money savings, which Keynes “solved” by having the government back new money with its own debt, thereby shifting ownership from producers to whoever receives government largesse. Backing new money with government debt instead of private sector assets does not bring an economy back into balance, it throws it even more out of balance as the debt, not being self-liquidating, accumulates and become unrepayable.
In the past savings paradigm, then, a modern industrial economy requires concentrated ownership of capital in order to generate sufficient savings.  Otherwise owners will use their capital ownership income for consumption, and new capital will not be formed (Keynes actually called for the "euthanasia of the rentier," i.e., the elimination of small owners who use their capital income for consumption).  When a private sector élite owns or controls capital, it is called capitalism.  When a government élite does so (and that government can be anything from the petty dictator of a commune to the faceless Soviet bureaucracy), it is called socialism.
There is a host of other problems with relying on past savings as the sole source of financing for new capital formation, but we’re looking at the mechanics of finance here, not the systemic problems, which are a topic for another day.
But are there no problems with the future savings paradigm?  Yes, quite a few.  The first and most important one is that even many people who are using future savings to finance new capital often don’t realize they are doing so!  If you misuse a tool, especially one relating to the “meta-tool” of money, chances are you are going to do a lot of damage that you don’t even realize you are doing.
More immediately, however, the big problem with the future savings paradigm is the universal collateralization requirement, i.e., the fact that you need money to borrow money.
This is also a problem in the past savings paradigm, but only if you borrow money.  If you have enough money or can persuade someone to lend you his, you buy capital.  If you don’t have enough money or can’t persuade someone to lend you his, you don’t.
It is a permanent and mega problem in the future savings paradigm.  In the future savings paradigm people create money for new capital formation . . . but what if the new capital does not make enough in profits to repay the new money so it can be cancelled?  The one(s) who created the money must be repaid, or they take the loss instead of you.
To participate in future savings financing, then, you need to have enough existing wealth for the money creators to seize in the event the new capital does not pay off.  This creates the illusion that even when people are using future savings, they are really using past savings, which creates no end of confusion.
Can this problem be solved?  Very easily.  Since money creators just want to be repaid, they don’t really care how (as long as it’s legal and honest, that is), Louis Kelso said borrowers who don’t have past savings/existing wealth should use insurance policies that pay off and retire a loan in the event of default.
This, of course, is only the basic theory of future savings financing.  How it is done in practice will be the subject of the next posting on this topic.
#30#
Posted by Michael D. Greaney at 6:00 AM