The Age of Aquarius

In the previous posting on this subject we examined the source of Monsignor John A. Ryan’s understanding of social justice and distributive justice as embodied in the two books that made him famous, A Living Wage (1906) and Distributive Justice (1916).  As we discovered, Ryan’s definitions did not come from a study of Rerum Novarum, but from the utopian and religious socialist movements of the early nineteenth century that Rerum Novarum was intended to counter. 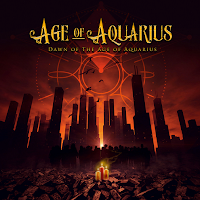