Fluctuations in the stock market have become so common that it’s almost not worth commenting on.  If you have publicly traded shares, you’re probably watching it like a hawk, anyway.  If you don’t, you probably don’t really care.  One thing you should care about, however, is getting the Capital Homestead Act passed as soon as possible and get things back to a more rational system:


• Federal Reserve and the Interest Rate.  Although the myth that the Federal Reserve has no control over public sector interest rates continues to wear a little thin — as if a commercial bank would charge a prime rate to its customers lower than its own Fed-controlled cost of money! — the rhetoric continues, except when it is useful to promote the other view . . . such as the Federal Reserve can control the rate of inflation by manipulating interest rates (a theory that has some rather King Kong-sized holes in it, e.g., exactly how do you lower the price level by raising prices?).  The latest word from the Federal Reserve is that their mandate to ensure a stable price level requires that the price level be destabilized at the rate of 2% per annum.  Don’t try to figure that out; it’s just standard backwards Keynesian thinking, and is perfectly consistent with their belief that the quantity of money determines the velocity of money (the average number of times a unit of currency is spent in a year), the price level, and the number of transactions . . . which, mathematically speaking, is utter nonsense, since you can’t have three dependent variables and only one equation.  Rationally (although no Keynesian thinks this way), the velocity of money, the price level, and the number of transactions determines the quantity of money . . . but grasping that simple mathematical relationship (one dependent variable in the equation instead of three) is something no Keynesian, Monetarist, or Austrian economist is equipped to figure out.
• Paul Volcker and the Federal Reserve.  Former Federal Reserve Chairman Paul Volcker has come out with a new book, Keeping at It: The Quest for Sound Money and Good Government, which just came out earlier this month.  Volcker, who has written or had a hand in a couple of dozen books, seems to be stuck permanently in the modern phenomenon of wanting to have his cake and eat it, too.  On the one hand he decries government interference in the money and credit system, and in the same breath calls for more government control.  Even though material regarding the monetary and credit reforms of the Just Third Way were given to him during his tenure at the Federal Reserve, he is still stuck in the “currency principle” which is based on the mathematically untenable theory that the quantity of money determines everything (see above).  Nothing better illustrates the problems associated with what Louis Kelso called “the slavery of savings” in which people depend on existing savings for life itself, turning money into the master, instead of making people the masters of money.  Prosperity doesn’t result from money, as Volcker and others keep insisting.  Money results from prosperity.
• Grants and Funding.  CESJ has contracted with a consulting firm to help raise funding for various projects through grants from private foundations.  One immediate priority is the production of a series of educational videos and other materials to explain the elements of the Just Third Way in easily accessible terms and images.  Another is exploring obtaining funding for the establishment of “Justice University” fellowships and research professorships.  CESJ should also be sending participants to conferences as well as holding its own events, either individually or (preferably) in concert with other think tanks and educational institutions from high schools on up.  If you have a contact or two at a grant-making foundation, be sure to let CESJ know — one of the keys to successful grant applications is to have a personal connection.
• Solidarismo and the Just Third Way.  Joe Recinos, currently in Guatemala, has promised to use his contacts with the Solidarity movement and the family of Alberto Martén, founder of Solidarismo Costariccense, to help gather materials for a prospective book on Martén, Solidarity, and the Just Third Way.  Martén corresponded at length with Louis Kelso, and was a friend of Norman Kurland, president of CESJ.  Martén may have been a student of Father Heinrich Pesch, S.J., who reoriented the solidarism of the atheist-fascist-socialist David Émile Durkheim to conform to natural law and the principles of Aristotelian-Thomism.
• CESJ Publications/Publications by CESJ Members.  Editing of What Happened to Social Justice is proceeding apace, as is the revision of Capital Homesteading for Every Citizen.  The revision of Curing World Poverty has been put on hold temporarily, pending some anticipated meetings with members of the Catholic hierarchy in the United States and abroad.  Books by CESJ members also appear to be getting some traction, although acceptance is also pending.  A short book on Capital Homesteading and its congruency with Catholic social teaching as well as an analysis of the problem of resolving certain aspects of Keynesian economics with Catholic social thought have been submitted to a major Catholic publisher for consideration.  Others are currently in the works or in the planning stage, including one on the social doctrine of Pope Pius XI that explains his concept of “the Reign of Christ the King” . . . which may differ significantly from the understanding that people have who are unfamiliar with the situation with which Pius XI and previous popes were dealing with — and there may be another one about Pius XI’s “theory of groups” and the role of “what has been called the corporation” — no, he was not endorsing fascism! 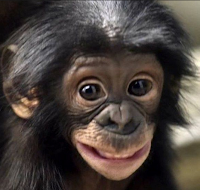 • Shop online and support CESJ’s work! Did you know that by making your purchases through the Amazon Smile program, Amazon will make a contribution to CESJ? Here’s how: First, go to https://smile.amazon.com/.  Next, sign in to your Amazon account.  (If you don’t have an account with Amazon, you can create one by clicking on the tiny little link below the “Sign in using our secure server” button.)  Once you have signed into your account, you need to select CESJ as your charity — and you have to be careful to do it exactly this way: in the space provided for “Or select your own charitable organization” type “Center for Economic and Social Justice Arlington.”  If you type anything else, you will either get no results or more than you want to sift through.  Once you’ve typed (or copied and pasted) “Center for Economic and Social Justice Arlington” into the space provided, hit “Select” — and you will be taken to the Amazon shopping site, all ready to go.
• Blog Readership.  We have had visitors from 38 different countries and 42 states and provinces in the United States and Canada to this blog over the past week. Most visitors are from the United States, Kenya, India, Canada, and the United Kingdom.  The most popular postings this past week in descending order were “Thomas Hobbes on Private Property,” “A Good Way to Go Bad,” “Counterattacking in the Culture Wars,” “News from the Network, Vol. 11, No. 42,” and “Social Justice, IV: The Characteristics of Social Justice.”
Those are the happenings for this week, at least those that we know about.  If you have an accomplishment that you think should be listed, send us a note about it at mgreaney [at] cesj [dot] org, and we’ll see that it gets into the next “issue.”  If you have a short (250-400 word) comment on a specific posting, please enter your comments in the blog — do not send them to us to post for you.  All comments are moderated, so we’ll see it before it goes up.
#30#
Posted by Michael D. Greaney at 12:48 PM