According to Dr. Lawrence Ball on a recent episode of “Squawk Box Europe,” inadequate regulation will bring about the next financial crisis.  Dr. Ball, an economics professor at Johns Hopkins University and author of the book, The Fed and Lehman Brothers: Setting the Record Straight on a Financial Disaster, getting rid of regulations such as the Dodd-Frank Act lays the groundwork for an economic meltdown of cosmic proportions. 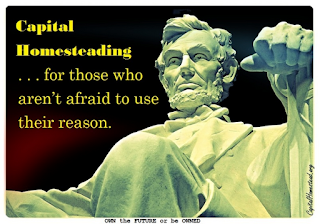 The problem here is that we both agree and disagree.  Yes, unless either Capital Homesteading or a program that is Capital Homesteading in all but name is implemented, there is probably an economic catastrophe coming.  No, it will not be the result of under-regulation.  We are not, however, saying that there is too much regulation.
It is actually not a question of regulation at all.  It is a systemic issue, one involving what accountants call “internal control.”  Internal control relates to the design of the system itself, whereas regulation deals with whether something was wrong.  It’s the difference between a fact (knowledge) and opinion (judgment).
Perhaps a large part of the problem is the failure to integrate the principle of subsidiarity into the issue.  By taking control away from the system itself and the people who “subsist” in the system, the matter was taken over by outsiders who, as opponents of increased regulation quite correctly point out, are not interested in whether the system does what it is supposed to, just that nothing goes wrong. 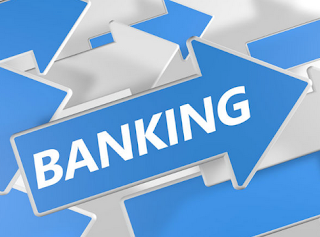 Unfortunately, those who protest increased regulation do not, as a rule, advocate returning to internal control, but as little control of any kind as possible, internal or external.
Perhaps a few definitions will make this clear.  Internal controls are the mechanisms, rules, and procedures implemented by a company to ensure the reasonable integrity of financial and accounting information, promote accountability, and inhibit fraud.
Besides complying with laws and regulations, and preventing employees from stealing assets or committing fraud, internal controls can help improve operational efficiency by improving the accuracy and timeliness of financial reporting.  Regulation is a rule or order issued by an executive authority or regulatory agency of a government from outside the system and having the force of law.
To explain the difference, suppose you don’t want banks creating money for questionable in-house securities loans or in-house loans for non-productive purposes.  The regulatory mindset says you pass a law against in-house creation of money for questionable securities loans or loans for non-productive purposes.  It remains okay to make in-house loans, but they must be legitimate loans, just as they would be for outside customers.
And that’s the problem.  What is illegal is not making in-house loans — i.e., a bank loaning to itself for its own projects — but making bad in-house loans.  The issue for the regulators is not that an in-house loan was made (a matter of objective fact), but whether those who authorized the loan knew it was bad, made an honest mistake, or was a good loan gone bad, all of which are matters of opinion.
The systemic — internal control — solution is radically different.  Where the regulatory approach would forbid only bad in-house loans, thereby potentially tying up an investigation and prosecution forever in arguing over intent and other facts extraneous to the act itself, the internal control approach is to forbid all in-house loans.  Period.
This was the rationale behind Glass-Steagall.  Instead of trying to decide which in-house securities loans were good, bad, evil, or indifferent, banks were forced to separate their commercial banking operations (the money creating function) from the investment banking operation (the financing operation).
The problem was solved.  No one had to worry about an in-house loan being good or bad, conflicts of interest, or anything else in that regard because in-house loans became illegal per se.  It was the fact of a loan, good or bad, that was forbidden.  Someone’s opinion as to the loan’s subjective quality or lack thereof., was irrelevant
The bottom line here is that the only way to optimize the possibility of a well-regulated financial system is first to have a system to regulate!  Even that, of course, is not likely to forestall a financial catastrophe if the system does not mandate an elastic and asset-backed currency of a stable and uniform value — and that cannot be done if the reserve currency is backed with government debt and the value is allowed to float according to the ability of the issuing government to make good on its debts.
#30#
Posted by Michael D. Greaney at 6:00 AM