As we saw in the previous posting on this subject — the claim that modern society is going to Hell — we looked into three recent books that went into the subject in some depth.  These were Rod Dreher’s The Benedict Option (2017), Anthony Esolen’s Out of the Ashes (2017), and Archbishop Chaput’s Strangers in a Strange Land (2017).  We identified what we believe to be the “cause behind the cause” of the problems on which the three authors focus. 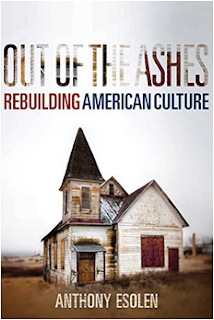