This week Host Dave Hamill relates the story of how he got interested in the Just Third Way and Capital Homesteading.  As a special bonus, he’s also trying out a new segment that he calls “Plutocracy Story of the Week.”  This first one is about former Federal Reserve Chairman Paul Volcker's interview with the New York Times about his just-released new book, Keeping at It: The Quest for Sound Money and Good Government.  Volcker says we are becoming a plutocracy . . . which comes under the heading of “everything old is new again,” meaning this is hardly “news.”


In any event, Volcker’s solution is “better government” to control the issuance of money backed by government debt, instead of widespread ownership and a money supply backed by private sector assets. instead of ownership.  In other words, just keep on doing the same thing that got us into the current mess in the first place, only do it better! 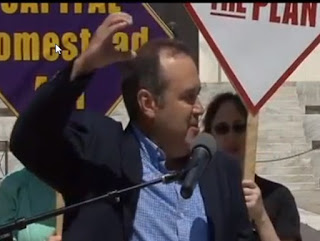