Why Capital Is Not Limited

Yesterday we explained (to our own satisfaction, if no one else’s) that there can be no such thing as a finite amount of capital with which to finance new capital formation or acquisition.  To recap, “money” is a measure, not a commodity.  To say “I have three hundred bushels” is meaningless until you say what it is that you have three hundred bushels of.  A million dollars is only meaningful when those dollars can be redeemed for something worth a million dollars owned by who- or whatever issued the dollars in the first place.
So why should financial capital not be considered “limited” or “finite”?
The answer has to do with the nature of money as a measure, but to make sense, we first have to answer what is being measured?  The answer to that is “marketable goods, services, and ideas,” that is, anything that has value to someone.  Everything else being equal, if somebody doesn’t want something, it has no value to him or her.
In economic terms, something is valuable because we can use or “consume” it.  Economically speaking, we only produce or obtain those things that we think meets some want or need we have.  Thus, the basis for all economic activity is the presumption that “Consumption is the sole end and purpose of all production,” an assumption on which Adam Smith built his entire theory of economics in The Wealth of Nations (1776).
The catch, of course, is that if you want to consume something, you either have to produce it yourself with your labor, land, or technology, or produce something that somebody who has what you want is willing to exchange for what you produced.  Everything else being equal, the only way to consume is to produce, either for yourself, or to trade with others who have what you want to consume.
This is “Say’s Law of Markets.”  It can be somewhat simplistically summarized as “production equals income, therefore supply generates its own demand, and demand, its own supply.”  “Money” — financial capital — is simply the medium by means of which people carry out exchange . . . which is why money is called “the medium of exchange”. . . .
This “functional” definition of money (what money does) leads to a substantive definition of money (what money is).  That is, anything that can be accepted in settlement of a debt or (as the lawyers say), “all things transferred in commerce.”
Anyone who has managed to sit through a business law course will now understand that all money is a contract, just as (in a sense) all contracts are money.  And just what is a contract?  A contract is a binding agreement between two or more persons or parties; especially: one legally enforceable.
All contracts have three essential elements, without which they are not contracts — and thus not “real” money.  These are 1) offer, 2) acceptance, and 3) consideration.
Offer and acceptance should be obvious.  I offer to mow your yard.  You accept.  Do I get anything out of the deal?  Yes, because I said I will mow your yard if you give me lunch.  Mowing the yard is the consideration — the thing of value or “inducement to enter into a contract” — that I offer you in return for lunch, which is the consideration you offer me.  If we both accept the terms, we have a contract.  I mow the lawn and you give me lunch.  If either of us fails to fulfill the terms of the contract, the debt remains outstanding, i.e., not settled, and no money has passed for what was exchanged.
Did money function in the above transaction?  Of course.  Money is anything that can be accepted in settlement of a debt.  A mowed lawn and lunch are things transferred in commerce, and thereby meet the definition of money. 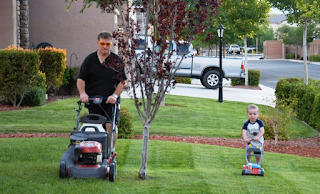 Clearly you getting your lawn mowed, and me getting lunch did not depend in any way on there being a coin or banknote involved.  If it did, you could only get your lawn mowed by paying me, say, $20 in coin, note, or check, and I would hand it back to you to be able to eat lunch.
Why, then, do we use coin, banknotes, and checks?  Because it’s convenient.  If I mow your lawn now, but don’t want to eat lunch now, I would have to come back when I am hungry, and you would have to stick around to make it for me.
Wouldn’t it be better for you just to give me an IOU that I can take to a local restaurant that has agreed to accept your notes, and get myself some lunch anytime I want it?  Better yet, you could pay me in a general form of money, a coin or a banknote, that I could use anywhere to buy anything.
If we look at money as a system of promises that can be passed around to facilitate exchanges, instead of some mystical thing created by government, we realize that — of course! — if we have the capacity to enter into contracts and the “creditworthiness” so that our contracts are accepted, we need never say that “capital is finite.”  How could it be, when it is limited only by the availability of goods, services, and ideas — all things of value that can be turned into money and used to facilitate transactions.
In short, financial capital is (or should be) limited only by existing and future marketable goods, services, and ideas, nothing more.
#30#
Posted by Michael D. Greaney at 6:00 AM