Last week we looked at the “laws” of social justice.  Today we look at the characteristics of social justice.  Of course, instead of reading this blog, you could always just go to the CESJ website and download a free copy of Father Ferree’s pamphlet, Introduction to Social Justice to read at your leisure.  But if you insist —


First Characteristic: Only By Members of Groups
The first mark of social justice is that it cannot be performed by individuals as individuals, but only by individuals as members of groups.
That is extremely important, because virtually everyone misunderstands it.  The “efficient cause” (the “actor” or “agent” who carries out the act) of all social virtue is the individual as a member of a group, not an individual on his own ticket.  Father Ferree considered this so important that he spent four full pages in a brief pamphlet on getting the idea across.
As a college professor for more than forty years, he found that this was the single largest hurdle to understanding the natural law applied in Catholic social teaching.  It is not collectivism, nor is it any individual act of virtue carried out with a vague intention to benefit the common good indirectly.
Second Characteristic: It Takes Time
Social justice moves slowly and gradually.  It requires organization, consensus building, more organization, solidarity, attention to the principle of subsidiarity — all the troublesome little details of working with actual human beings rather than abstract concepts.
Personally, I have found that this characteristic causes the most frustration to people, particularly those activists who demand immediate results.  It is easy to argue that society is unjustly structured, and instant results are not only desired, but absolutely necessary.  The temptation in the face of social injustice is to demand that “they” (usually the State or a power elite of any institution) Do Something — and Do It Now!
One problem with this approach is obvious.  The activist is absolved from all responsibility!  Once he has condemned those in power and everybody else in the immediate vicinity for failing to correct the situation, his job is done.  He can go home and comfort himself with a feeling of enormous virtue.  He has “raised consciousness,” and can leave the dirty, tiresome and frustrating work of actually reforming the system to Somebody Else.
There is another problem.  Those in power are comfortable with the operational habits of the status quo, and those not in power are powerless by definition.  The former have a built-in resistance to change, while the latter do not think it can help matters.
The problem is that the State (among other forms of government — all “organization” requires governance) is the quasi-efficient cause (“quasi” because the State, as an artificial and not a natural person, cannot be the efficient cause of anything) not of social justice, but of legal justice.  Legal justice is not a particular virtue like social justice, and thus is not our direct responsibility.  As the State cannot “act” (in a philosophical sense) directly on anything, it becomes pure chance whether the desired results will be obtained by passing laws — unless the passage of laws has been preceded by acts of social justice — which is our responsibility, not the State’s.
Third Characteristic: Nothing is Impossible
In social justice there is never any such thing as helplessness. As Father Ferree stated, “No problem is ever too big or too complex, no field is ever too vast, for the methods of this social justice.  Problems that were agonizing in the past and were simply dodged, even by serious and virtuous people, can now be solved with ease by any school child.”
Fourth Characteristic: Eternal Vigilance
The work of social justice is never finished.  This is not the same as saying that social justice takes a long time!  It refers to what Pius XI called “the radical instability of society.”  This means that human beings change, conditions change, and our institutions — our human response to the task of being what Aristotle called “political animals” — must be restructured and reformed to meet the new conditions.  This change is always happening, therefore the work of social justice is continuous.
Fifth Characteristic: Effectiveness
Work for the common good — the material cause of social justice — must be effective.  You cannot just do something and hope it works, or go about chanting that it would work if only people were more (or less) than human.  A mere “good intention” that the common good be benefited is simply not good enough.
Sixth Characteristic: You Can’t “Take it or Leave It Alone”
As Father Ferree stated, “Another corollary of this characteristic of social justice (that it is never finished) is that it embraces a rigid obligation.”  That means that each of us is directly and individually responsible for the common good — and we must organize with others for the common good. 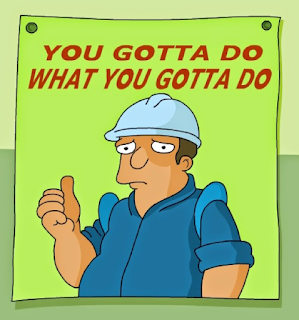 In conclusion, as Father Ferree noted,
“The completed doctrine of Social Justice places in our hands instruments of such power as to be inconceivable to former generations.
“But let us be clear about what is new and what is old.  None of the elements of this theory are new. Institutions, and institutional action, the idea of the common good, the relationship of individual to common good, — all these things are as old as the human race itself.  There is nothing more new in those things than in the school boy’s discovery that what he has been speaking is prose; nor must we ever believe that God made man a two-legged creature, and then waited for Aristotle to make him rational. Moreover, much of the actual application of these principles to practical life is to be found in older writers under the heading “political prudence.”
“When all that is admitted, there is still something tremendously different and tremendously important in this “new” understanding of social virtue in general, and social justice in particular.  The power that we have now to change any institution of life, the grip that we have on the social order as a whole, was always there but we did not know it and we did not know how to use it.
“Now we know.
“That is the difference.”
And it all starts with the goal of empowering people with ownership of capital so that they have the power to become not only personally virtuous, but to restructure the whole of the social order to conform to the precepts of the natural law.
#30#
Posted by Michael D. Greaney at 6:00 AM