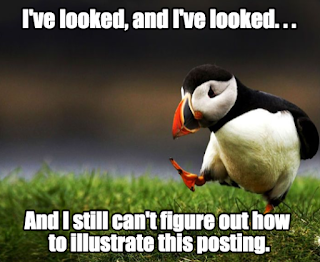 I.  That the Common Good Be Kept Inviolate
In all private dealings, in all exercise of individual justice, the common good must be a primary object of solicitude.  To attack or to endanger the common good in order to attain some private end, no matter how good or how necessary this latter may be in its own order, is social injustice and is wrong.
II.  Cooperation, Not Conflict
Given the uniqueness of each human person, the particular good of each individual is different.  Any particular good that is falsely made into an ultimate principle must necessarily be in conflict with every other particular good.  Only cooperation, organization for the common good, can make a real society.  This does not mean overriding or ignoring individual goods, but it does mean integrating them into the whole effort.
III.  One’s First Particular Good is One’s Own Place in the Common Good
The first particular good of every individual or group is that that individual or group find its proper place in the common good.  As Father Ferree put it, “It must be admitted that this is not the way most of us think at the present time, but that is because we have been badly educated.  It must be admitted also that to carry out such a principle in practice looks like too big a job for human nature as we know it; but that is because we are individualists and have missed the point.  Of course it is too big a job if each one of us and each of our groups is individually and separately responsible for the welfare of the human race as a whole.  But the point is that the human race as a whole is social.”
IV.  Each Directly Responsible
Every individual, regardless of his age or occupation or state of life, is directly responsible for the common good, because the common good is built up in a hierarchical order.  That is, every great human institution consists of subordinate institutions, which themselves consist of subordinate institutions, on down to the individuals who compose the lowest and most fleeting of human institutions.
Since every one of these institutions is directly responsible for the general welfare of the one above it, it follows that every individual is directly responsible for the lower institutions which immediately surround his life, and indirectly responsible for the general welfare of his whole country and the whole world.  (This is the principle of subsidiarity.)
V.  Higher Institutions Must Never Displace Lower Ones
No institution in the vast hierarchy that we have seen can take over the particular actions of an institution or person below it.  (This, too, comes under the principle of subsidiarity, although this is the aspect most often ignored.)
VI.  Freedom of Association
If every natural group of individuals has a right to its own common good and a duty towards the next highest common good, it is evident that such a group has the right to organize itself formally in view of the common good.  (Yet another aspect of the principle of subsidiarity.)
VII.  All Vital Interests Should be Organized
All real and vital interests of life should be deliberately made to conform to the requirements of the common good.
#30#
Posted by Michael D. Greaney at 6:00 AM