As some of you may have noticed, we put the blog on “autopilot” for two days last week to attend the annual ESOP Association conference in Washington, DC . . . which was really handy, since we’re in Arlington.  It would have been handier if the Metro system was in good shape and operating in a more . . . user-friendly fashion, but at least we attended some very interesting and even informative sessions. 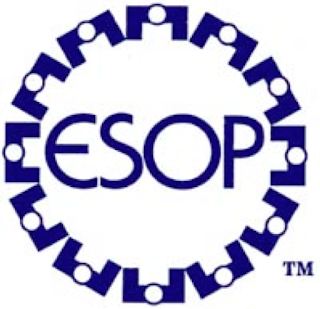 Mostly.  There was a comment made in one of the sessions to which we wanted to respond, but couldn’t get a question in, and we couldn’t raise it later due to having to rush off to the next session.  We had to get our Continuing Professional Education sheet stamped to get credit, and you can’t do that too easily after a session starts.
The comment? “Capital is finite” — in the context meaning that financing for new capital formation is limited.
On the contrary!  Once you understand money and credit, financing for feasible new capital is the only thing that is not limited!
Why? Because money and credit is a measure, not a commodity.  And we say “money and credit is,” instead of “money and credit are” because — as Henry Dunning Macleod pointed out more than a century ago, “Money and Credit are essentially of the same nature; Money being only the highest and most general form of Credit.” (Henry Dunning Macleod, The Theory of Credit. Longmans, Green and Co., 1894, 82.)
To say, then, that “capital” (meaning “financial capital,” as was clearly meant) “is finite” is the same as saying we can’t measure length because inches, feet, and yards (and rods, furlongs, miles, and leagues) are finite.  Gasp!  We can’t go from New York to San Francisco because we’ve already measured our trip from Chicago to New Orleans, and we don’t have enough miles!
Obviously, that is nonsense — once we understand that a “mile” is a measure of distance, not our capacity to go a mile.  Yes, we could say that our vehicle is only good for 5,000 miles a year, or we only have enough gas to go that far, but that’s not the same as saying that, if our vehicle can go that far and we can afford to fuel it (and ourselves) that we can’t go because we’ve run out of miles with which to measure.
It is no different for a dollar, pound, peso, or whatever.  Dollars, pesos, and pounds are not themselves wealth.  They are the means by which wealth is measured.  In accounting this is called “the money measurement principle.”  If you can assign a value to something, then you must account for it.  If you cannot assign a value, then (obviously) you can’t account for it.
Even intangibles can be valued, such as a patent, trademark, and even “goodwill” of the business, meaning the good opinion that people have of the business that causes people to buy from that business instead of another — this can be measured.  How do you measure “goodwill”? By taking the fair value of the company per an arm’s length appraisal and comparing it with what a bona fide purchaser will pay for it.  If a purchaser will pay more, then the company has positive goodwill.  If a purchaser will pay less, then the company has negative goodwill . . . and a serious PR problem. . . .
Thus, if you have something of value, and you can measure that thing in terms of your local currency unit, then there is nothing to stop you from doing so.  Having a granary full of wheat that is worth $1,000 does not make that grain worth less (or worthless) simply because the wealth is not in the form of $1,000 worth of currency . . . and the wheat tastes better, too.
So do you have $1,000 of wealth when you have grain worth $1,000?  Or are you poor because you can’t fold that wheat and put it in your pocket?
Obviously the answer is that the wheat represents real wealth, while the currency is worth pretty much nothing in and of itself.  Its value lies in what you can redeem the currency for, i.e., what backs the currency.  If the currency represents $1,000 worth of wheat on deposit somewhere, and you present the currency for redemption, you must receive $1,000 worth of wheat, or whoever made the promise or contract the currency represents was lying or a thief.
So, in the sense that “capital” signifies “financial capital,” i.e., “money and credit,” there is never any justification for saying that “capital is finite.”  If something has financial value, it can be measured and embodied in a contract.  This contract can be offered and used to exchange wealth among producers and consumers — nobody else has the right to be a party to such a contract without having some kind of private property stake in there, somewhere.
#30#
Posted by Michael D. Greaney at 6:00 AM