More of the Same

No sooner had we explained that the whole idea of “debt free money” is an oxymoron than we got a response patiently explaining that we just don’t understand what we’re talking about.  Not that we were in any way annoyed.  Every question like this — even the same question repeated endlessly — gives us a chance to restate what we’ve been saying all along.  After all, if the questioners can ask the same thing over and over without first reading the answers we’ve given before, we can simply say what we’ve said before.  You never know.  Someone might actually read it this time.  Anyway —


“I repectfully dissagree the state should create money but a special dept that would issue money in relation to economic development made up of congressmen statititions and economists would be in charge. There books would be open to the public. Gertrude Cooper in the money creators as well as Fr Fahey both lay out what i believe are good plans. Money creation cannot be left up to private bankers.” 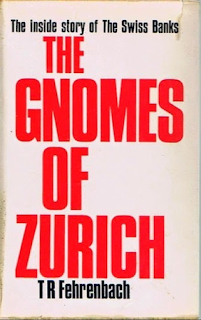 Again, we didn’t change any of the spelling or punctuation.  We enjoy creativity in these matters just as much as the next person.  It helps keep us on our toes trying to figure out what someone is talking about.  Fortunately, we’re very familiar with the thought of the accepted experts in the field of “debt free money,” the Jooz, and the Gnomes of Zürich, so we can usually figure out what someone is trying to say, even when he or she doesn’t seem to clear on it him- or herself.
Anyway, what the questioner describes was essentially the proposal Henry Simons made in the 1930s (the “Chicago Plan”).  Irving Fisher and Father Coughlin urged Simons to endorse his own proposal, but he refused. Simons’s reasoning was that he could not figure out a way that the politicians wouldn’t take over the special department, i.e., “Who’s guarding the guards?”
“Gertrude Cooper” threw us for a microsecond, but then we recalled the works of Gertrude Coogan, a monetary theorist whose works we’ve read, and that we have on our shelves.  Coogan may be the most consistent and honest of the “debt-free money” school of money, credit, banking, and finance . . . which does not mean that she was either completely consistent or honest in her thought.
Coogan’s position was, obviously, that money is a non-repayable debt the nation owes itself.  In that, her thought is essentially a precursor to Keynesian “Modern Monetary Theory” or “MMT.”  MMT developed out Georg Friedrich Knapp’s “state theory of money,” also known as “chartalism.”
Chartalism was a proposal to impose socialism by manipulating the money supply by disconnecting it from private sector assets.  The whole of the money supply would consist of currency, and be backed exclusively with government debt.  Fr. Denis Fahey’s position in his book Money Manipulation and Social Order was essentially the same.  Again, Dr. Harold Moulton refuted this position in The New Philosophy of Public Debt (1943).
MMT, chartalism, or whatever you want to call it, is based on the currency principle.  The basic assumption of the currency principle is that the amount of money determines the velocity, price level, and number of transactions.
In contrast, binary economics and Moulton’s theories are based on the banking principle.  The basic assumption of the banking principle is that the velocity of money, the price level, and the number of transactions determines the amount of money needed.
Both the currency principle and the banking principle thus comply with the Quantity Theory of Money equation, M x V = P x Q, where M is the amount of money in the system, V is the velocity (the average number of times each unit of currency is spent), P is the price level, and Q is the number of transaction.  The similarity ends there, however, for the currency principle and the banking principle result in different interpretations of the Quantity Theory of Money equation. 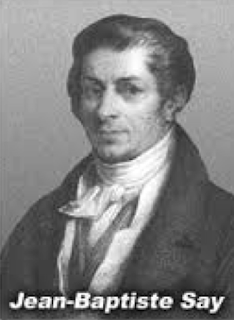 The bottom line, however, is power. When people depend on the State or an employer for the means to carry out transactions or even their income, they become dependents of whoever gives or pays them the money. When this is implemented as a usual thing, as Douglas advocated, it imposes a condition of permanent dependency. People become “mere creatures of the State,” or economic slaves.
#30#
Posted by Michael D. Greaney at 6:00 AM