We got into it with a “distributist” again.  At least (for a change) the distributist was willing to listen instead of instantly shutting down and insisting we just don’t understand.  Of course, it also helps actually having some real world experience in the area in which the distributist is limited to romantic fantasies, such as money, credit, banking, finance, . . . and small farming. 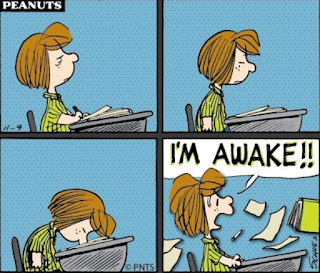 Yes, small farming.  We actually have some experience in that area, having lived on a farm for a bit and having been raised in a farming area.  You city folks probably don’t know what it’s like to have the guy sitting next to you in class gradually nod off in class and have his head bob up and down until he finally smacks himself in the face and wakes up . . . and having the teacher actually understand why.  It tends to make you a bit sleepy getting up at four am to hoe corn before going to school for some reason.
Anyway, the distributist made the claim that a small farm was 3,000 acres, and the context made it clear it was not a typo for the distributist mantra “three acres and a cow” . . . usually promoted by people who have no idea what on a cow to pull to get the milk or how much land is actually needed to produce enough food for survival.  And you know something?  Cows are not Nice People.  No, they have horns and hooves and know how to use them.
No, to this distributist, a “small farm” was 3,000 acres.  That’s a bit much, but more economically viable than 1/1,000 of that acreage.
Naturally, we disagreed.  Forty acres, such our grandfather had in Lancaster, Pennsylvania, is a small farm, almost micro, according to the USDA.  It was NOT enough to produce enough for a family of twelve on which to live.  Grandpa went 50/50 with a neighbor, put in a crop, and then went and found jobs as with contractors, working on bridges, roads, houses, even helping to build what is now Millersville State University.
According to the USDA, the average small family farm in the U.S. (88% of all family farms) is 231 acres.  In comparison, the quarter section under the Homestead Act equals 160 acres.  1,421 acres is the average large family farm, while 2,086 is considered very large for a family farm.
All this is fascinating, no doubt, but the real issue is not how much better farming is than any other line of work.  Of the ten children in the family, only one tried briefly to make a go of it farming, and soon gave it up to return to work as an automobile mechanic.  It’s brutal, even with “modern” conveniences such as tractors and harvesters.  You lose your taste for The Simple Life even faster when you’re working with an ox or even just a spade, and trying to harvest with a scythe.  If you don’t cut something off because you don’t know how to use something razor sharp to cut hay.
Ultimately, it’s not even agriculture v. commerce and industry. It is who owns the productive capital (including under the heading of capital all the non-human factors of production, i.e., land and technology). This has been veiled due to the fact that throughout history land has been the only capital readily accessible for small ownership.
Louis Kelso and Mortimer Adler addressed this issue in their poorly titled but profound books The Capitalist Manifesto (1958) and The New Capitalists (1961) — what they described was not “capitalism,” but “distributism on steroids,” i.e., capital acquisition financed by monetizing future increases in production instead of past decreases in consumption.
The economic thought of Kelso and Adler has been combined with the social doctrine of Pius XI in what we call “the Just Third Way,” and applied in a proposal called “Capital Homesteading” to duplicate what Lincoln did with the 1862 Homestead Act, but expanded to all forms of capital and not taking away anything from anyone else.
Ultimately, the goal is — as Pope Leo XIII put it in Rerum Novarum, the encyclical often mischaracterized as being on the living wage — to make every child, woman, and man an owner of capital:
“If a workman's wages be sufficient to enable him comfortably to support himself, his wife, and his children, he will find it easy, if he be a sensible man, to practice thrift, and he will not fail, by cutting down expenses, to put by some little savings and thus secure a modest source of income. Nature itself would urge him to this. We have seen that this great labor question cannot be solved save by assuming as a principle that private ownership must be held sacred and inviolable. The law, therefore, should favor ownership, and its policy should be to induce as many as possible of the people to become owners.” (Rerum Novarum, § 46.)
#30#
Posted by Michael D. Greaney at 6:00 AM