One of the few things a couple of people remember about high school physics — apart from how to build catapults to hurl frozen pumpkins into the air — is that neat stuff like time travel and perpetual motion is impossible.  They both violate the second law of thermodynamics: for a thermodynamically defined process to occur, the sum of the entropies of the participating bodies must increase. 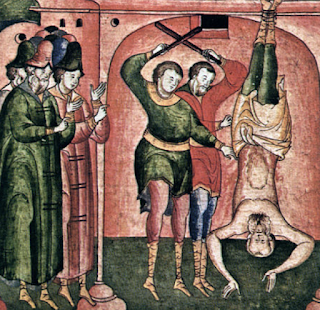 A few thousand years later, a politician realized that taking from the rich to give to the poor worked much better if he 1) didn’t take everything, and 2) was careful to keep enough for himself, plus a little extra for encouragement.  It also gave greater job security if, once you turned rich people into poor people, you reversed it and turned the new rich people back again into poor people, and the new poor people back again into rich people, with (of course) a fee to compensate you for your trouble each time.  Then, you start all over again by turning the old/new rich into new/old poor, and the old/new poor into new/old rich, and so on, ad infinitum.
This is “political perpetual motion,” and continues until people start to catch on and realize that it’s much better to be productive by owning — and using — their labor and capital to produce marketable goods and services for themselves than simply taking what others have produced and that the others will want back as soon as they are able to take it.
The problem, of course, is where anybody gets the wherewithal to be able to employ one’s labor and capital profitably — or even have capital in the first place.
We’ll look at that tomorrow.
#30#
Posted by Michael D. Greaney at 6:00 AM