Yet another week filled with some important news items: 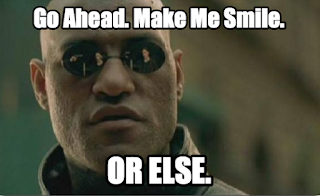 • The first draft of the Just Third Way book on the Easter Rising in Dublin in 1916 is finished and is currently in editing.  With any luck, we can soon have it submitted to the printer by the end of next week, with copies available on the official publication date, April 24, 2016, exactly one hundred years from the Rising on Easter Monday, 1916.  The title has been tentatively changed to Easter Witness: A Just Third Way Vision for Ireland.  We’ve assigned an ISBN, and should be in a position to start taking wholesale orders by the end of April.

• CESJ has purchased a portable projector, projector screen, and laser remote controller with which to make presentations for Justice University and other purposes.  The “maiden voyage” of the equipment at Virginia Union University (below) was very successful, with none of the usual glitches that tend to crop up when dealing with new equipment.

• Joyce Hart, producer of Sisters of Selma (2007) has expressed interest in the story of the Just Third Way, and will be attending this year’s Rally at the Fed in Washington, DC (above).  She will interview Dr. Norman G. Kurland and talk with others in the CESJ core group.

• Norman Kurland gave a JU talk at Virginia Union University on the Just Third Way that was very well received.  A number of students indicated interest in exploring the possibility of forming a campus CESJ chapter, while at least one faculty member requested information on becoming a CESJ/JU Fellow.

• Father Columba, who arranged for Norm to speak at Virginia Union, has also put him in touch with a number of Biafran leaders in the United States who are interested in promoting just social change.  Norm ended by saying they should focus on monetary reform, and they should develop a preliminary proposal for a West African Development Bank, a regional central bank that would operate in accordance with sound commercial and central banking theory, while adding expanded capital ownership as an essential prerequisite for the extension of credit for productive purposes.  Credit for non-productive purposes would be strictly prohibited, as money for consumption and gambling should come only out of existing accumulations.

• On learning that the existing translation of Fr. Oswald von Nell-Breuning’s Die Soziale Enzyklika (1932), Reorganization of Social Economy, had been done by a socialist and does not reflect Nell-Bruening’s thought accurately, CESJ stalwart Jeanna C. immediately obtained two copies of the original German . . . “much to [her] husband’s bewilderment,” as neither of them speak or read German.  We hope to surface a competent (i.e., accurate and pro bono) translator to do a first run-through, as our German is not quite up to that, although good enough to check and supervise a more accurate version than the 1938 translation for Justice University Press.

• We had another question about what’s wrong with socialism — of any kind.  We think Say’s Law of Markets explains it pretty well. It’s based on Adam Smith’s core principle of economics: “Consumption is the sole end and purpose of all production.”  All things being equal, the only way to consume something is to produce it first. (You can’t usually consume what hasn’t been produced.)  Thus, if you want to consume something, you must produce something, either for your own consumption, or to trade to others for what they have produced. In this way, as Say’s Law is usually summarized, Production = Income, therefore, Supply (Production) generates its own Demand (Income), and Demand, its own Supply.  That’s IF you produce something by means of your labor, land, or other capital. If, however, machinery is taking over the burden of production, and you don’t own the machinery, you can’t produce. Socialism says, fine. Take from the machine owner some of what he or she produces, and give it to non-producers, thereby removing the incentive of producers to produce, and increasing the incentive of others to consume without producing. Everybody becomes worse off.  Nobody seems to consider helping people who don’t own productive capital to purchase it on credit, pay for it out of future profits, and become productive that way.

• As of this morning, we have had visitors from 52 different countries and 51 states and provinces in the United States and Canada to this blog over the past two months. Most visitors are from the United States, Canada, the United Kingdom, India, and Sudan. The most popular postings this past week in descending order were “Thomas Hobbes on Private Property,” “The Crisis That Need Not Be, I: A System Designed to Fail,” “Aristotle on Private Property,” “The Purpose of Production,” and “The Crisis That Need Not Be, IV: Rally at the Fed.”