Yesterday we pondered the eternal question: how can we avoid the twin evils of capitalism and socialism, and yet still have an economically just society in which no one is enslaved to savings?  The answer (of course) is “By creating new money in ways that create new owners.”  The next question is “How are we going to get them to do it?”


That’s the wrong question.  The question should really be, “What are we going to do?”  Social justice doesn’t consist of sitting (or standing) around and demanding that somebody else do something.  No, it consists of you getting to work organizing and fixing our institutions so that people can do the right thing again.
And what can you do?  A lot, starting with (but not limited to) visiting the CESJ website and spending a few moments viewing the slide show on the home page, then browsing around a bit and looking over the basic material on Capital Homesteading.
Then you’ll want to gather with students, grassroots leaders and concerned citizens on Friday, April 22, 2016 (two days before the centenary of the Easter Rising in Dublin in 1916), in Washington, DC, for the 12th annual demonstration at the Federal Reserve in Washington, D.C.  Co-hosted by the Coalition for Capital Homesteading and the Center for Economic and Social Justice, the rally will run from 11:00 AM to 1:30 PM, starting on the mall side across the street from the Constitution Ave. entrance of the Federal Reserve Building (between 20th and 21st Streets, NW).
Why We’re Rallying at the Federal Reserve
·      To present how the Federal Reserve, without taxpayer money or adding to federal debt, could create asset-backed money and interest-free, productive credit, as part of a new national strategy for building a “green growth” economy, eliminating government deficits, and creating a nation of capital owners.
·      To show how artificial barriers in our tax and monetary systems could be lifted to create equal ownership opportunities to future capital assets for every citizen.
·      To chart a step-by-step strategy for creating Capital Homesteading models at the community level, passing national legislation (the Capital Homestead Act) and developing global applications to provide every citizen of the world the means to become an owner of income-producing wealth.
Background
America and the world community face a continuing collapse of the money and credit system not seen since the Great Depression. Flawed policies of central banks like the Federal Reserve, which supported speculation in the stock market over production of real goods and services, were a root cause of this crisis. 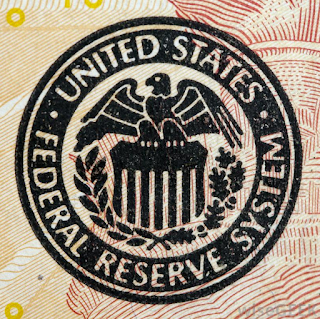 The effects of the global financial crisis are evidenced by inadequate capital credit for businesses of all sizes, and growing unemployment, poverty, and hopelessness among potentially productive Americans and citizens of other countries. Students are graduating with mountainous debt and shrinking prospects for a decent job to repay their loans. Meanwhile, the Fed continues to ignore the obvious differences between productive uses of credit and non-productive uses of credit, pouring money into mounting government deficits and crippling future generations with debt.
America can wait no longer. Now is the time for a comprehensive policy framework that would reform the financial system, democratize governance of the Fed, unify the nation and light a new path for the world.
Taking inspiration from President Abraham Lincoln, the great Unifier and Emancipator, the coalition will call on President Barack Obama to introduce a new direction for Federal Reserve policy — a 21st century counterpart to Lincoln’s Homestead Act. Along with tax and other reforms, the proposed “Capital Homestead Act” would channel the Federal Reserve’s money creation powers to grow our private sector economy, and economically emancipate every man, woman and child in America through a direct and growing capital ownership stake in the new technologies and energy systems that America will need to compete in the global economy.
The Federal Reserve Holds the Key
The key to growing the economy and creating new owners of new income-producing wealth is the democratization of access to productive capital credit. The Capital Homestead Act would employ the Federal Reserve’s existing powers under Section 13 of the Federal Reserve Act and make the Federal Reserve’s money power accessible directly to every American. 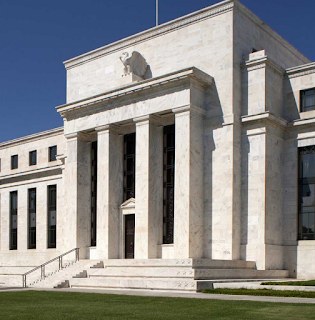 By reorganizing the Federal Reserve System and its twelve regional banks into a “fourth branch of government,” every citizen can become a shareholder of this basic institution of money creation. Why “End the Fed,” as some are calling for, when we as citizens should “Own the Fed”?
No longer should the Federal Reserve and our tax system merely serve the special interests of a financial elite or become the tool of the Federal government for financing war and deficit spending. “We the People” must be empowered to hold the Fed accountable and to return it to its true social purpose. With changes in our tax and monetary policies, as embodied in the comprehensive economic plan called “the Capital Homestead Act,” we could create sound, asset-backed money for sustainable private sector growth, and liberate every man, woman and child as a direct owner of new productive wealth.
What You Can Do to Carry This Forward
·      Join us at the “Own the Fed, Own the Future” Rally on Friday, April 22, 2016, 11:00 a.m. to 1:30 p.m.
·      Invite others to the Rally.
·      Read the “Declaration of Monetary Justice”, sign it and send a copy to your Congressional representatives. Encourage others to do the same.
·      Get organizations and individuals to become members of the Coalition for Capital Homesteading. Go to www.CapitalHomestead.org to add your name to those who join with others supporting the Declaration of Monetary Justice and the Core Principles of the Coalition for Capital Homesteading.
·      Spread the word through Twitter and Facebook.
·      Work with the Coalition for Capital Homesteading to make every citizen an owner and pass the Capital Homestead Act!
We are demanding that the Fed use its existing powers (Section 13, para. 2) to lift barriers to equal access and opportunities for the 99% to become direct owners of productive, income-generating capital. We are sending the politicians a new message:  Pass the Capital Homestead Act to build justice into our money and tax systems, and to grow a vibrant, sustainable economy. We are calling for students and young people to join with us to free all our citizens from wage slavery, welfare slavery, debt slavery and tax slavery, and to build a future that empowers every person.  It is time to launch a new national objective: “Every Citizen an Owner.“
Now you know what you can do to help.  Don’t say we never told you.
#30#
Posted by Michael D. Greaney at 6:00 AM