Once again this week we have some very interesting news items, so (instead of offering obvious comments about the wild swings in the stock market) we’ll get straight to them: 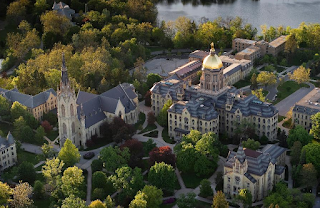 • Dr. Carter Snead, Director of the Center for Ethics and Culture at the University of Notre Dame, has been named to “The Pontifical Academy for Life.”  This is not a jail term or a sinecure, but a prestigious appointment to the Pope Francis’s principal advisory group on the promotion of a consistent life ethic.  CESJ’s “Just Third Way” has been described as a “Pro-Life Economic Agenda” (See Supporting Life: The Case for a Pro-Life Economic Agenda, 2010), and as such was endorsed by Father Paul Marx, founder of Human Life International, and Father Matthew Habiger, who succeeded Father Marx as head of the organization for a time, and who is a valued member of the CESJ Board of Counselors.  A review of Dr. Snead’s background on the website of the Center for Ethics and Culture — he is an attorney who graduated from Georgetown University School of Law — suggests that a dialogue between him and Dr. Norman Kurland, president of CESJ, would be beneficial to everyone, especially as a follow-up to last October’s meeting between Dr. Ryan Madison, Associate Director of the Center for Ethics and Culture, and Michael D. Greaney, CESJ’s Director of Research.

• The first draft of a study of the 1916 Easter Rising in Dublin is nearing completion.  Applying Just Third Way concepts to the analysis, the idea is to demonstrate the universality of what Seamus Mac Manus called “Ireland’s Case” (“Ireland’s cause is that of humanity” — Michael Davitt, 1881), and show how, by applying sound principles of economic and social justice, the goals of the Rising can be achieved without recourse to violence or socialism.  The fact that Dáil Éireann (the Irish legislature) is still struggling to form a government (and no resolution in sight) in these trying times suggests that they are ready to hear the message of the Just Third Way.

• Shades of An Gorta Mór, the “Great Hunger” that devastated Ireland from 1846 to 1852: Despite the fact that Zimbabwe is facing famine, the government has prohibited the import of emergency food aid that includes any “GMO” (Genetically Modified Organism) ingredient.  (Nyasha Modukuti, “We May Starve, But at Least We’ll Be GMO-Free,” Wall Street Journal, March 11, 2016, A13.)  This seems somewhat counterproductive.  Whatever the long-term effects of growing or consuming GMO foods might be, it seems that the immediate need is to keep people alive, not adhere to a theory.  In the 1840s in Ireland, the British government forbade the import of emergency food because it would presumably interfere with the theory of the free market . . . oblivious to the fact that using the State to prevent people from giving charity is itself an egregious interference with the free market. . . . 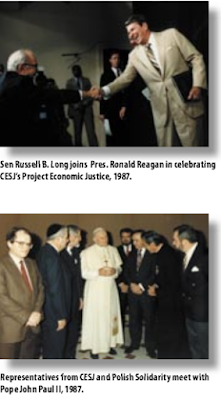 • Guy “the Fulton Sheen Guy” Stevenson, has once again gotten a scoop.  He located a copy of a letter in the Gerald Ford Library that has a hand-written annotation on a copy of a newspaper column by Ronald Reagan about Louis Kelso: “We better get authoritative response.  Sounds so GOOD.”

• CESJ Fellow Astrid U. is now in the Republic of Guinea and getting ready to sound out people on the possibility of implementing Just Third Way reforms.

• As of this morning, we have had visitors from 54 different countries and 50 states and provinces in the United States and Canada to this blog over the past two months. Most visitors are from the United States, the United Kingdom, Canada, India, and Sudan. The most popular postings this past week in descending order were “Thomas Hobbes on Private Property,” “Aristotle on Private Property,” “The Purpose of Production,” “Socialist Delusions, Capitalist Illusions, XII: Popular Capital Formation,” and “The Crisis That Need Not Be, IV: Rally at the Fed.”