Yesterday we looked at the fundamental insanity of having a flexible standard for anything.  Today we look at what might make a good standard of value, especially when the idea of having a standard in the first place has become an alien concept.


We’ve raised this issue before, and it’s not the easiest thing to get across.  There are problems with standards of value, since the thing of value selected as the standard thereby becomes price controlled in terms of the currency it measures.  Defining a dollar as 1/35th of an ounce of gold, for example, means that, regardless of its true market value, based on supply and demand, an ounce of gold always costs $35.

We don’t have this problem with, say, a yard or a meter.  We can be arbitrary in selecting the standard because length is not a thing of value in and of itself.  Once we decide that an inch is the distance between two selected points, our troubles are over — at least with respect to what an inch and anything based on that inch is.  Such a unit of measure is a pure abstraction and completely objective, and can be anything we agree on as long as we stick to the agreement.

Value is another matter altogether.  Value is a subjective concept.  What I value may not be what you value, and we may value those things that we both agree are valuable in different ways for different reasons.  For example, you may value the class ring on my finger purely in terms of its gold content, while I value it in terms of the sentimental associations with my alma mater. 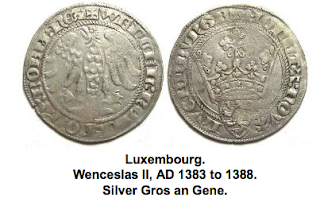 We had a struggle with this, not least because of a sentimental attachment to specie (i.e., gold and silver) due to decades of study as a monetary historian and theorist.  Silver was the standard for millennia, until overtaken by gold in the late nineteenth century when the world supply increased sufficiently.

The ideal standard would be one with a permanent value that does not change objectively as the supply increases or decreases.  That is impossible, given the subjective nature of value, but we can get close with one commodity.

This is not to say that energy is the perfect measure.  Different sources of energy cost different amounts, and different prices are charged for electrical power depending on where it is, and even what time of day it is.  Plus, different forms of energy, well, take different forms.  A falling rock is a different form of energy than burning coal.  The energy-as-energy, however, is exactly the same, no matter where you are or where you go, and can be measured in the same units.

Picking a standard unit of energy measure and deregulating energy would be about as close as you can get to an objective standard for a currency.  Given that the actual price paid for energy could vary as it does now, the standard would remain the same, as long as the price fluctuations remained within a reasonable range.

Thus, assuming that $1 were to be defined as 1 energy unit, the actual cost of 1 energy unit’s worth of electricity could vary from $0.95 to $1.05 or even greater, as long as the average over time stayed close to $1 per unit, and the official conversion rate (assuming you wanted to convert all your currency to the standard of value) would be $1 per energy unit.

They might . . . if the standard were something other than energy.  Energy, however, is difficult to store, and the price most people pay is for energy delivered and consumed immediately upon delivery.

To prevent people from taking advantage of the arbitrage (simultaneous purchase and sale of an asset in order to profit from a difference in the price), define the standard as the official unit price for delivered energy.  No one could hoard energy to take advantage of the arbitrage, because buying and reselling delivered energy is complex and expensive — and you might get in to a lot of trouble doing it if the law prohibits energy speculation.  It is also virtually impossible to purchase energy in one area for delivery in another area with a higher price, at least without prohibitively expensive transmission infrastructure.

Nor could you hoard energy.  Consider a storage battery, even the most efficient.  You pay much more for the power in a storage battery than you do for household current.  It is simply not cost effective to hoard energy using any conceivable technology if the goal is to make a profit on buying and selling the energy.

This, in and of itself, would tend to keep the market price of energy within a small range, and people would tend to convert their dollars to energy vouchers only as they need them — which would be a rather rare occurrence, since you would ordinarily pay your bill with regular currency unless somebody had some insider knowledge of a sudden change affecting the cost of energy generation.

Even then, most changes make energy cheaper, so buying vouchers ahead of time and hoarding would mean paying more for the same thing.  The only way to profit by buying and selling energy vouchers when the market price varies from the standard price would be if the market price is rising.

Even that can easily be dealt with by making energy vouchers non-transferable.  After all, if you want something transferable, that is what currency is designed to be.  You should be able to do only two things with an energy voucher obtained at the official price of energy: pay your utility bill with it in terms of the energy unit, or sell it back to the bank or utility company in terms of the currency unit.  Since you would get only what you paid for it in terms of the currency unit, there would be a holding loss to you on each such transaction.

Tomorrow we’ll start to look at some specifics.