In the musical play Guys and Dolls, Big Jule, a well-heeled (in both senses*), out-of-town shooter (in both senses) who gets into Nathan Detroit’s Oldest Established Permanent Floating Crap Game in New York, has a sure-fire means of winning every time he rolls the bones.  Big Jule, who has gone straight since he was a kid as is proven by the fact that he has never once been convicted following his many arrests, has dice without pips.


To make matters easy for Good Old Reliable Nathan, Big Jule simply informs Nathan what he, Big Jule, has rolled.  Backed up, of course, by the Old Equalizers (a.k.a., handguns) in his gang members’ pockets.  Not surprisingly, Big Jule wins every roll of the dice, and pockets a substantial number of clams.  For some reason Nathan is not permitted to pay off Big Jule’s rolls using blank dice with blank pieces of paper.  This does not strike us as something an honest citizen would do.

It is, however, something that virtually all modern governments do as a matter of course.  Under Modern Monetary Theory based in part on the economics of John Maynard Keynes, a government decides how much money it should issue, what it is worth, and who gets it.  Big Jule could not do it better. 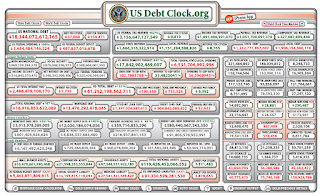 Of course, sad to say, Big Jule did not come out so good in the end.  Neither have modern governments.  Virtue may not always triumph in either a Damon Runyon story or in real life, but the pigeons always come home to roost, one way or another.

Last week we looked at the problems caused when Abraham Lincoln’s Secretary of the Treasury, Salmon P. Chase, financed the Union war effort by emitting bills of credit.  Chase did this although neither the federal government nor the individual states have any such power under the U.S. Constitution.

The “living constitution” theory that had come to the fore with Scott v. Sandford, the notorious Dred Scott case (60 U.S. 393, 1857) took care of that little detail, however.  If you don’t like what the dictionary or law says, or the established standard of weight, measure, or value . . . just change it!

In fact, why not just do away with the whole idea of standards?  All they do is prevent politicians from doing what they want.  And while we’re at it, why not abolish crime by making everything legal?

Obviously this is foolish . . . which hasn’t stopped the politicians since Lincoln’s day from manipulating the currency for political ends.  It was not, however, until John Maynard Keynes advised FDR that the groundwork was laid for the gigantic federal debt of today.

According to Keynes, the currency is simply a tool to be manipulated at will for political ends.  If a dollar buys a loaf of bread today, but the government decides it should buy two loaves, or half a loaf, tomorrow, then the government simply changes the value of the currency, making all contracts utterly meaningless.  As Keynes explained his wonderland of confusion in the opening passages of his Treatise on Money (1930),

“It is a peculiar characteristic of money contracts that it is the State or Community not only which enforces delivery, but also which decides what it is that must be delivered as a lawful or customary discharge of a contract which has been concluded in terms of the money-of-account.  The State, therefore, comes in first of all as the authority of law which enforces the payment of the thing which corresponds to the name or description in the contract.  But it comes in doubly when, in addition, it claims the right to determine and declare what thing corresponds to the name, and to vary its declaration from time to time — when, that is to say, it claims the right to re-edit the dictionary.  This right is claimed by all modern States and has been so claimed for some four thousand years at least. It is when this stage in the evolution of money has been reached that Knapp’s Chartalism — the doctrine that money is peculiarly a creation of the State — is fully realized.”

The bottom line here is that in the Keynesian universe, if you contract with someone to sell something worth a thousand Pazoozas** for a thousand Pazoozas, the government has the right to step in and change the value of the Pazoozah, or even change Pazoozas to Grumlichs worth a tenth of a Pazooza if it wants, and to hell with what the contract says, and then change the Grumlich.  Further, by issuing money backed only by its own debt, the government can change the value of the currency at will, making for a “flexible standard,” or, basically, a standard that is not a standard — just as, under the living constitution theory, we have a constitution that does not constitute anything.

And if you don’t like it?  Get enough power to change it.  Obviously, a flexible standard is basically a way of saying “Might Makes Right.”

Or does it?  As the late Joan Rivers used to say, “Can we talk?”

Sure, we can.  And that’s what we’ll do tomorrow.

*For those of you not familiar with the lingo, “heeled” can mean either that someone has money, or that he is rodded up with a gat . . . that is, he has a gun.  If some of the other terms in this posting throw you (i.e., perplex you, leaving you confused), you need to watch more old movies.

**A Pazooza is the unit of currency in Mickey Mouse Land, e.g., in The Brave Little Tailor, in which Mickey is offered two million Pazoozas and the hand of the Princess Minnie if he will kill a giant.  “Grumlich” is just a word we made up.