Another week has gone by with the world enslaved to the Keynesian concept of the absolute necessity of past savings to finance new capital formation and economic growth, and the related Keynesian idea that to stimulate consumer demand you need to flood the world with fiat money backed only by government debt.  And the result?  Little actual capital formation, spreading poverty, and massive government debt.  Is there a better way?  Yes.  The Economic Democracy Act.  In the meantime: 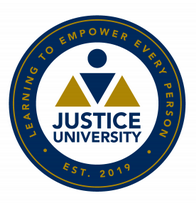 • Justice University Rescheduling. Due to various circumstances, the ten-session Justice University introductory course has been postponed a week.  This will give participants more time to prepare properly and go over the readings and questions for discussion.

• Minimum Wage Hike Hits Snag.  Senate Democrats have been attempting to attach various items — including a minimum wage hike — to the Covid relief legislation (concerning which we have previously expressed reservations) as “riders,” but have been thwarted by the rules.  It seems that “reconciliation” that permits legislation to pass by simple majority instead of two-thirds majority also restricts the addition of “unrelated” items.  Translation: they can’t attach riders to bills that go through the reconciliation process, which prevents them from adopting unpopular or marginal measures (or at least that is the intent).  Of course, if they were to adopt the Economic Democracy Act, the minimum wage debate would fall by the wayside, just as the late Walter Reuther predicted.

• Hong Kong Assimilation.  To no one’s surprise, the Chinese government’s efforts to “assimilate” the former Crown Colony of Hong Kong — promised autonomy for fifty years — are considered to be virtually complete.  Of course, rather than being given the opportunity to decide their own fate, the people of Hong Kong were given no choice in the matter whether to remain a crown colony, be an autonomous region of China, be assimilated, or (radical thought) become independent.  Instead, in the opinion of many, Hong Kong was sold down the river to appease the Chinese and gain entry to the anticipated massive Chinese domestic market.  Translated, that means giving the Chinese government the opportunity to exploit and control other people as well as their own. 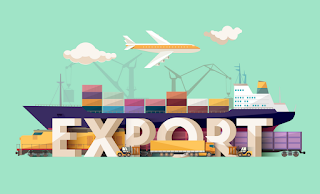 • The Export Game. Many countries export today because they have insufficient domestic demand for their products, and they believe they need profits from other countries as well as foreign investment capital in order to support domestic investment.  All the investment capital from foreign countries and foreign consumption, however, consists of money backed by government debt.  Thus, the more you buy from other countries, the more indebted to them you are, and the more you sell to other countries, the more indebted they are to you.  If, however, money was created to finance domestic investment instead of fund government expenditures (including stimulus and relief), and the new investment was directly owned by the citizens, there would 1) be sufficient domestic demand to consume most of what is produced domestically, 2) the money would be backed by private sector hard assets instead of soft government debt, and 3) a major cause of economic warfare would cease.

• Keynes and the Slavery of Savings.  Charlie Munger, Warren Buffet’s business partner, has come out in support of economic inequality on the grounds that it’s good for the economy.  Assuming that his is not mere self-justification, the rationale is the disproved assumption that you can’t have economic growth if most income is spent on consumption.   As Keynes reasoned, economic inequality is a necessity for economic growth as there is no other way to finance new capital formation except by people who are so rich that they cannot consume all the produce, and so invest the vast surplus in new capital.  As Keynes declared (without a shred of proof), “The immense accumulations of fixed capital which, to the great benefit of mankind, were built up during the half century before the war, could never have come about in a Society where wealth was divided equitably.” (John Maynard Keynes, The Economic Consequences of the Peace (1919), 2.iii.)  Dr. Harold Moulton completely demolished Keynes’s theory in The Formation of Capital (1935), but nobody listened.  Instead, they went with the insane idea that to convert excess production to investment capital you issue money backed by government debt to simulate demand, inflate the price level, and help the wealthy accumulate more money to invest to become even wealthier.  The Economic Democracy Act would do everything Keynesian economics promises but can’t deliver, and without disparities in wealth or government debt. 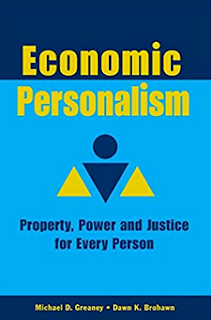 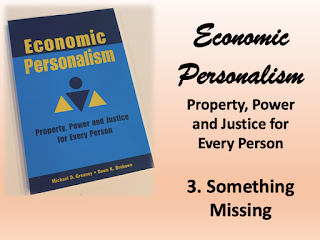 • Sensus Fidelium Videos, Update.  CESJ’s series of videos for Sensus Fidelium are doing very well, with nearly 150,000 views in total.  The latest Sensus Fidelium video is “Something Missing,” part of the series on the book, Economic Personalism.  The latest completed series on “the Great Reset” can be found on the “Playlist” for the series.  The previous series of sixteen videos on socialism is available by clicking on the link: “Socialism, Modernism, and the New Age,” along with some book reviews and other selected topics.  For “interfaith” presentations to a Catholic audience they’ve proved to be popular, with over 101,000 views to date.  They aren’t really “Just Third Way videos,” but they do incorporate a Just Third Way perspective.  You can access the playlist for the entire series  The point of the videos is to explain how socialism and socialist assumptions got such a stranglehold on the understanding of the role of the State and thus the interpretation of Catholic social teaching, and even the way non-Catholics and even non-Christians understand the roles of Church, State, and Family, and the human person’s place in society.