A New Idea of Religion

In the previous posting on this subject, we saw how “the theory of certitude” — essentially a variation on Neo-Platonism (bet you never thought you’d see that term in a blog posting) — gave many people, Catholic and non-Catholic alike, a very wrong and even contradictory understanding of “papal infallibility.”  By assuming the pope has the power to create new truth in all areas instead of discerning existing truth restricted to faith and morals, Félicité de Lamennais and subsequent modernists (both reactionary and radical) set up a Catch-22 for themselves. 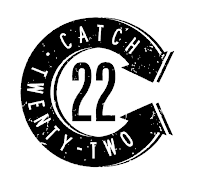 Specifically, de Lamennais implied that the pope could change an infallible teaching or doctrine by extending the concept beyond faith and morals as pure concepts, and claiming it also applies to applications of faith and morals as well as to reason.  In practical terms, this would mean that the pope can contradict himself or previous popes, or any doctrine of the Church simply by saying so — which ipso facto made it infallible.  In this framework, an infallible teaching is always infallible except when it isn’t.  Trust as something actually true ceases to exist, and everything is up for grabs . . . as long as someone is strong enough to make it stick.

De Lamennais’s confusion is very easy to understand and can be stated simply: If the pope is infallible, can he infallibly declare that an infallible teaching is actually fallible?

If you’re confused, too — good.  It shows you’re thinking.  The idea that an infallible pope (or Church) can change a teaching is a contradiction in terms, and is therefore neither true nor false.  It is, instead, nonsense.  It is on the same level as “Everything I say is a lie,” or “If God can do anything, then He can make a weight so heavy that He cannot lift it.”  Such statements are inherently contradictory and therefore nonsensical.  Period.  Yes, God can do anything that does not contradict the fact that He is God.  You cannot have an imperfect perfect Being, any more than you can have a perfect imperfect being.  They are contradictions in terms.

Such things are only possible if you base your understanding of reality on faith rather than on reason, and thus on subjective opinion instead of objective knowledge.  Once that happens, as Heinrich Rommen pointed out in his book on the natural law, pretty much anything goes; “might makes rights,” and you descend ultimately into nihilism.

And that is where socialism and modernism — the same thing, according to G.K. Chesterton — go wrong.  In order to justify demoting private property (or life or liberty) from a natural right inherent in every single human being, definitions have to be changed, the dictionary “re-edited” as Keynes put it.  That way, “reality” becomes whatever those with sufficient power say it is.

This was obvious from the start, with the posthumous publication in 1825 of The New Christianity (Le Nouveau Christianisme) by Henri de Saint-Simon.

In 1803 Saint-Simon had begun publishing works detailing his religious, social, political, and economic ideas.  These focused on “associating” all of society in a unified whole, integrating production with a moral code based on science.  This, being objective and scientific, could be coercively enforced.

Augustin Thierry became enthusiastic about Saint-Simon’s vision of an ideal future society.  As Saint-Simon’s “adopted son,” Thierry served as Saint-Simon’s secretary from about 1814 to 1817.  After Thierry left to pursue his interest in history rather than religious political economy, Saint-Simon replaced him with Auguste Comte, the future founder of positivism.

By 1819 Saint-Simon and Comte had decided that society needed to be run by religious authority of some kind, but not one relying on traditional concepts of a transcendent God.  Comte would develop this idea more fully after Saint-Simon’s death in his “Religion of Humanity” that replaced God with Collective Man.

Saint-Simon and Comte developed the idea of a society organized like a “medieval theocracy” in which people would all associate on the basis of shared moral values and common social vision.  In place of civil governors or ecclesiastical authorities, however, there would be an “Industrial Hierarchy” wielding economic, political, and military power, the last of which would soon fade away as society became harmonious.

By putting everything under the Industrial Hierarchy, there would be an end to conflict between classes and universal prosperity and harmony would ensue in a scientifically and morally directed economy.  Democratic only in name, the whole of society, construed as exclusively economic in nature, would be devoted to material improvement, with special emphasis on uplifting the poor.

According to Saint-Simon, Christianity had been useful in its day, but that day was now past.  He decided a new religion was needed to replace Christianity, not merely reform it along economic and humanitarian lines.

Consequently, in The New Christianity, Saint-Simon declared himself the prophet of a “true Christianity.”  This was a universal religion returning to the pure doctrine of Christ with the goal of evolving a rational, scientific, positivist religion.  A global social organization stressing “the spirit of association” and based on peace and the brotherhood of man would direct economic life and bring an end to poverty.

Saint-Simon’s goal was “to resolve Christianity into its essential elements” by focusing on the moral teachings and removing anything purely religious.  He summed up his efforts in the precept, “The whole of society ought to strive towards the amelioration of the moral and physical existence of the poorest class; society ought to organize itself in the way best adapted for attaining this end.”

As the Encyclopedia Britannica comments, “This principle became the watchword of the entire school of Saint-Simon.”  It represented a complete reversal of the proper role of “society” — the State — which is directed to the care of the institutions of the common good, not providing individual goods.

The common good should be structured so that people can meet their own individual needs through their own efforts.  Only when institutions fail is “society” to step in and provide individual goods, and then only until the social order can be restructured so that it once again provides the opportunity and means (“access”) for people to take care of themselves.

Education, persuasion, and voluntary cooperation were to be the means of instituting the Kingdom of God on Earth.  If that failed, however, coercion would be applied.

The question then became, what was the Catholic Church going to do about this?  That is what we will see in the next posting on this subject.