Interpreting the Goals of the Great Reset

Whether or not anyone realizes it, everyone has a philosophy of some sort.  To understand the Great Reset, it is essential to know the philosophy behind it.

This is not an easy task.  Klaus Schwab’s books contain lengthy historical analyses to show how (in his opinion) things got into such a state, collections of data to illustrate how bad things are, predictions about how good things could be, and even a great many things with which it is easy to agree.  Missing, however, are specific principles to guide resetting and how to get from where we are, to where Schwab thinks we should be, other than a general fiat by some authority.

Not unexpectedly, this is consistent with other forms of abstractionism, both capitalist and socialist, i.e., a focus on the abstraction of humanity or an idea of God that contradicts reason.  In capitalism, this is a private sector élite, in socialism the collective or humanity.

The unspoken principle seems to be that the end justifies the means, based on the assumption that there are no moral absolutes, i.e., no natural law, or a natural law based on the will of the lawgiver instead of on absolute principles of existence — lex voluntas (law is will) rather than lex ratio (law is reason).

This would explain Schwab’s comment regarding the common good.  As he said, “Like all notions of moral philosophy, the idea of the common good is elusive and contestable.” (Klaus Schwab and Thierry Malleret, Covid-19: The Great Reset. Geneva, Switzerland: World Economic Forum, 2020, 219.) In other words, concepts such as justice and charity, even right and wrong, do not derive from anything concrete and definable, but from the opinion of whoever has the power to persuade or coerce others. 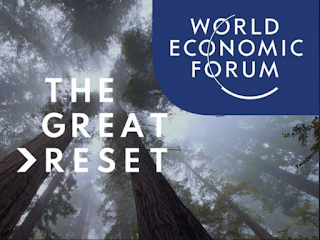 This would explain Schwab’s lack of specificity in how to carry out the Great Reset.  Not having any moral absolutes, his answer can only be, Whatever works . . . or that someone or group in authority thinks will work — the end justifies the means.  In practice, of course (as Heinrich Rommen pointed out in his book on the natural law), this means that “might makes right.”

The first problem is that education does not cause economic growth, but rather economic growth causes education.  Highly educated people are those who could afford to become highly educated, or who assumed large amounts of debt to do so, resulting in the student debt crisis.

Then there is the contradiction that as technology advances, jobs disappear.  If machines are carrying out production, and the Universal Basic Income (or the equivalent) provides for consumption, how does education result in economic growth?  Schwab does not address this issue. 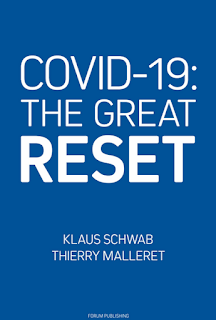 There is also Schwab’s caution with respect to defining other key terms and concepts.  In Covid-19: The Great Reset (2020), for example, he goes on at great length about the need for an “individual reset” to make individual lives better, but without any specifics as to what constitutes a better life other than material wellbeing. (pp. 211-250.)

Again, we stress that we do not believe that this vagueness is due to any conspiracy or malice on the part of proponents of the Great Reset.  It may, however, be a direct result of their misunderstanding of the distinction between the particular, that is, the human person created by God, and the general, the abstraction of the collective created by man.  Without a clear idea of who or what is the object of concern, it is only to be expected that specifics will be lacking. 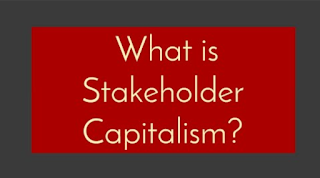 Thus we have Schwab’s similar definitions of stakeholders as “everyone who has a ‘stake’ in the success of a firm” or “all those who have a stake in the economy” (Klaus Schwab with Peter Varnham, Stakeholder Capitalism: A Global Economy that Works for Progress, People and Planet.  Hoboken, New Jersey: John Wiley and Sons, Inc., 2021, 173.) . . . which do not actually define the term.  You cannot define a term using the term itself as the definition.  It is like saying a socialist is someone who supports socialism, or a capitalist is someone who adheres to the theory of capitalism, both of which beg the question as to what constitutes socialism and capitalism.

Admittedly, Schwab does identify stakeholders, although without actually defining what it is that makes them stakeholders.  As he says, they are the “actors” in economic life.  Currently, these consist of those who participate in “capitalism in the traditional definition of the word: individuals and private companies make up the largest share of the economy.” (Ibid.)

This, however, inserts another layer of confusion into the discussion.  Capitalism as traditionally understood does not consist simply of “individuals and private companies.”  Rather, capitalism was originally a term invented by the socialists to describe an economic system in which a few private individuals own all or nearly all capital, and everyone else works for the capitalists for a wage.

Capitalism is not traditionally or originally just another term for the free market, or the absence of socialism.  Nor is it a system that employs a preponderance of capital instruments, although Louis Kelso and Mortimer Adler asserted the case for that understanding in The Capitalist Manifesto and The New Capitalists.  As Chesterton remarked, “If use of capital is capitalism, then everything is capitalism.”

In common with socialism, the essence of capitalism is that power — sovereignty — is vested not in human persons, but in an abstraction, some group or groups, or humanity as a whole.  The difference between capitalism and socialism is that in capitalism economic power resides in a relatively small private sector élite, while in socialism it is in a public sector élite.

Nor is the scale relevant.  A small village where a single private individual owns everything is as fully capitalist as a factory town owned by one or two shareholders of a mega-corporation. 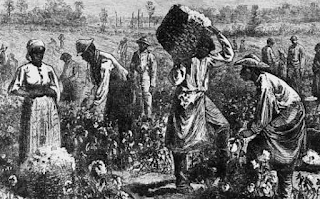 Similarly, small is not necessarily beautiful.  That same small village ostensibly owned in common by the residents but run by a political boss or élite is as fully socialist as a large factory “owned” by the workers without a defined ownership stake, or the former Soviet Union or Nazi Germany.

Schwab’s imprecision is highlighted by his characterization (above) of “stakeholder capitalism” as a  system in which private individuals and companies “must . . . be protected and guided.”  This sidesteps or ignores the fact that ownership — private property — is the right to control what is owned and enjoy the fruits thereof.